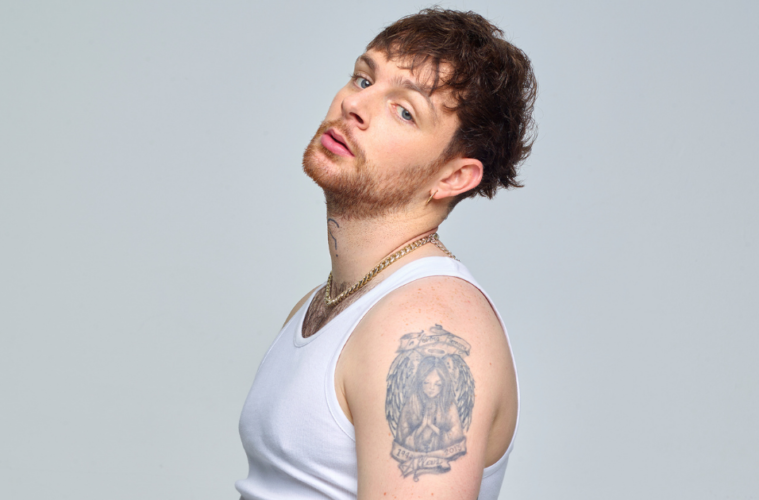 Tom Grennan: Our Teaser Interview with the Chart Topping Artist

Tom Grennan is the Bedford born singer who rose to fame when he provided the vocals for Chase & Status’ single ‘All Goes Wrong’, back in 2017. Since then, Tom’s solo career has continued to thrive. His latest album, ‘Evering Road’ (released in March) claimed a number 1 spot in the UK’s Official Albums Chart, and at the time of this interview, Grennan had three singles in the UK Charts with ‘Little Bit of Love’, ‘By Your Side’ (Calvin Harris), and ‘Let’s Go Home Together’ (Ella Henderson). Despite his accomplished career so far, Tom Grennan remains a self-confessed ‘normal boy’ and grounded musician who can’t quite believe his own success. In part one of this interview with Tom Grennan, we discuss his recent music, lockdown experiences, and advice to young people. Stay tuned for part two in our September magazine issue, when we reveal Tom’s embarrassing moments, biggest fashion faux pas, the making of his music videos, and much more…

Tom Grennan: Our Teaser Interview with the Chart Topping Artist by Jessica Doran

After initially apologising for his hay fever, myself and Tom sat down to an early morning interview before he escaped for a busy day in the studio. I was therefore eager to get stuck in as soon as possible to make sure I could squeeze in all the latest news about Grennan’s rife music career at the moment…

So, Tom, you’ve just released your new single ‘By Your Side’ with Calvin Harris. How did this collab come about? 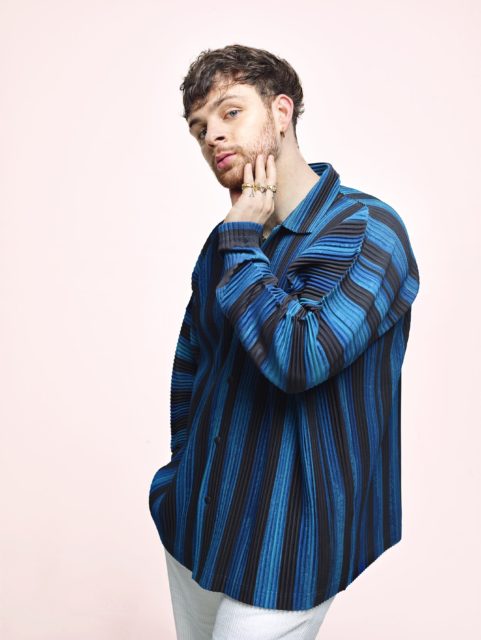 Calvin messaged me on Instagram, and he was just like: “hi, I’ve been following you for a while.” I didn’t actually know he’d been following me which was mad. I should have known that, but he asked if I would like to do a song and I was like: “of course, definitely,” (it’s Calvin Harris). He then sent me the song and I heard it, and I was like: “this is definitely something I could do and put my voice on.” He explained what he wanted the song to be, and it was just a summer banger, and that’s what it is. We did it over Facetime and I’ve never met him but I’m on the phone with him and texting him every other day just talking about different things. Yeah, he’s such a legend and such a nice guy and so down to earth.

It’s got a very different vibe to the music you’ve previously created, such as on ‘Evering Road’. Was it nice to do something completely new?

Completely. So how has it been to make music over lockdown then? You already mentioned having to switch to using Facetime…

Let’s talk about the latest album ‘Evering Road’. It really deals with a lot of raw heartache and reconciliation with yourself. Did you write this album as part of a process to get over your own struggles?

Yeah, ‘Evering Road’ is the story of love, heartache and redemption. It really is. It’s me standing up and saying that I’ve done some bad and I’m here to kind of admit to my mistakes but I’m not going to dwell on it. It’s not an album where I’m like: “feel sorry for me.”

Is that why it’s intended to be so uplifting as opposed to an album full of ballads?

Yeah. When I got myself on the straight and narrow and thought “f*** it, I’m going to admit to all this stuff,” that’s when I started becoming a better person. So, I wanted the music to represent that, and it did.

When does an album fully come together for you do you think?

My personal favourite song on the album has to be ‘Something Better’ because it’s a bit jazzy and it’s carefree and optimistic, but what song resonates with you most on ‘Evering Road’?

Interesting, and how do you think your music has changed since the first album you made?

Oh massively. I feel like my first album was me kind of finding my voice and me finding my feet in the music industry. It led more to the indie kind of route and my music is completely different now, but I’m glad that I can go through different things (like I said with the Calvin thing). 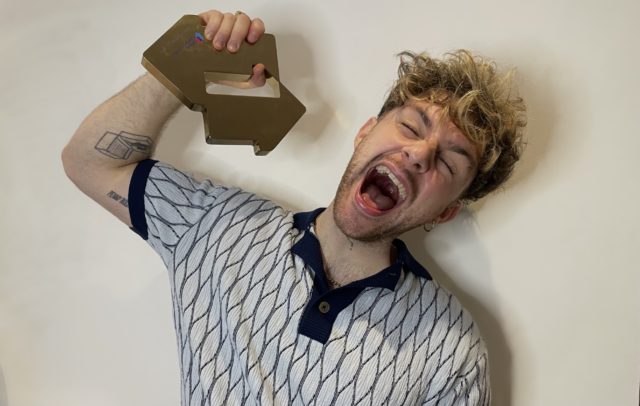 So, what does the future hold for your music at the moment? Have you got anything planned that you can discuss with me a little?

Tour in September, hopefully we can still do that. Then just keep writing good music and keep growing and doing what I do and making people happy.

Have you got anything in the mix at the moment?

Hahaha, I have a few things in the mix yeah.

Can you give me a hint?

Well, it seems you’re definitely up for more collaborations. Is there anyone that you’ve got your eye on to collab with?

Let’s have one name…

I’d love to collab with Lady Gaga, someone like that.

I would say just keep doing what you’re doing. Keep dreaming. Keep believing. There’s billions of people out there so someone is going to like your music. Just keep pushing it. Gig gig gig, that’s all I can say. If you want to do it how I did it, it’s just like gigging, gigging, gigging. Obviously, social media is a massive thing now. Yeah, just so many people are watching now.

It is a tool but it’s also a demon. It consumes your mind and distracts you from what is actually quite real. I don’t like it. I like it to connect with my fans more than anything. That’s one thing it’s really good for, especially through lockdown. It’s been a blessing for me because I can talk to people who are going through problems. If I have problems I can also talk to people, but for music, you can’t touch a crowd. Do you know what I mean? The way I got into it was gigging and being able to see people’s eyes and see whether they liked it or not. Whereas, with social media, you’re putting it out to any random person. It can be sick, but you also get idiots who can just give you massive abuse. There are two different sides to it: it’s great and it’s bad, but with gigs people are coming to see you and love you and you don’t get people shouting, “you’re s***,” and stuff like that.

I knew that Tom was booked in for a full day at the studio, so, realising the time, I asked if we could end our interview with three words to describe what is yet to come from his music. In true Tom Grennan style, he replied…

We’re coming out of lockdown, so everything needs to be uplifting and fun right now. We don’t need no ballads mate, trust!

Hahaha you’re so right. Well thank you Tom, it’s genuinely been a pleasure to speak to you. I hope your hay fever gets better!

Legend, I appreciate you. Thank you so much mate.

If you enjoyed this interview then you’re going to love our magazine edition. Stay tuned for September when we reveal all the unseen bits from our chat with Tom Grennan. This will include his embarrassing moments, the making of his music videos, and much more…

You can listen to all of Tom Grennan’s latest music here.

Tom Grennan: Our Teaser Interview with the Chart Topping Artist by Jessica Doran