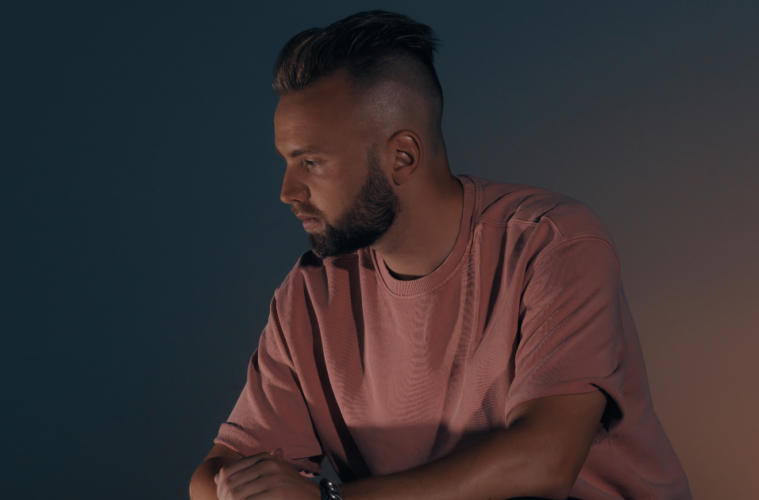 Topic: Producing Music and Finding His Own Sound

Platinum selling music producer, Topic, has recently released his latest single ‘Chain My Heart’ with Grammy nominated singer Bebe Rexha. Having already collaborated with the likes of Lil Baby, as well as being nominated for a Billboard Music Award with his hit single ‘Breaking Me’, Topic is one to watch in the dance music scene…

Topic: Producing Music and Finding His Own Sound by Jessica Doran

Hey Topic! Thank you for doing this Q and A with me. I’m excited to talk about your latest collab with Bebe Rexha and your career to date…

Firstly, how are you doing at the moment and how have you found it to create music during the lockdown period?

Thanks for having me! I’m doing very well at the moment; I’m happy we are all slowly getting some sort of normality back and I can return to playing on stage. One of the downsides of creating music during the lockdown was not being able to go clubbing to gather inspiration and see what the crowd is drawn to music wise, but it definitely had its upsides too! I’ve had far more time in the studio to create music than usual. I’ve got to be creative and working on developing a signature sound for upcoming live shows.

What do you love most about being a music producer?

I’m a person who doesn’t live a strict routine. I like to work freely. As a producer there are no limits when it comes to trying out different genres and to then implement my own sound there. 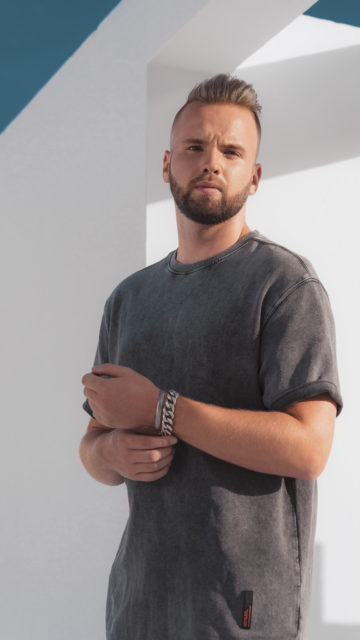 Let’s discuss your latest single ‘Chain My Heart’, how would you best describe this track to someone who didn’t know it?

It’s a female pop/love song, which has a slight underground touch to it through it’s beat. My tracks are always best described as ‘melancholic dance music’.

Why did you and Bebe Rexha decide to collab together?

As we were in the process of writing the song we immediately knew it would need a female pop voice but with a lot of attitude in it. That’s quite rare, so Bebe actually was the first name which instantly popped up into our heads. She is the perfect match. Gladly she felt the same way and has been super involved from the very beginning, especially in the making of the music video!

Where do you imagine your audience listening to ‘Chain My Heart’?

At best, anywhere, but I can especially imagine it to be played in a gym as it’s a great energetic workout song and also in clubs and festivals.

What do you think makes your music distinct from other producers/DJs?

I try to always do things differently and not to copy others (and myself) although you can still recognise my songs by my sound. That’s something I’ve only really successfully done since 2-3 years though. It has definitely been a key to the success.

There have truly been a lot of highlights in recent years, but charting in the US and also reaching gold & platinum status was something I didn’t expect and has been one of my biggest highlights so far. I am very grateful because the support of so many people around the world allows me to experience many more. For example, playing on the main stages of global festivals and a US tour, which is currently being planned!

Is there something that you would love to explore in your music that you haven’t yet tried?

Yes, I would like to do some club tracks and explore a more underground style. That will be something I will tackle in the near future.

Who do you look up to in the industry that one day you might want to collab with?

Swedish House Mafia! They were the one’s who have drawn me to EDM and have inspired me to start producing dance music.

Finally, what can we expect to see next from your music?

I’ve been keeping very busy to release many new songs in the familiar ‘melancholic house music’ style, with exciting collabs, but I’m also already working on the club tracks I was hoping to explore more!

You can listen to all of Topic’s platinum selling tracks here.

Topic: Producing Music and Finding His Own Sound by Jessica Doran