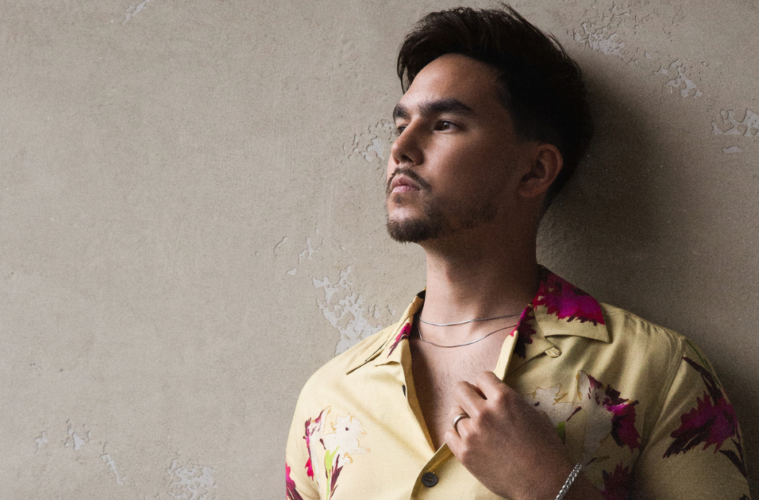 Tyler Shaw is the Canadian pop singer known for his multi-platinum selling songs. Having toured with Selena Gomez and opened shows for Shawn Mendes, Shaw is already an acclaimed artist who is eager to explore different realms of music and see where his song writing abilities take him next. Now, Tyler Shaw has released another smooth pop tune. ‘Sex on the Beach’ is a summer inspired track which takes the beach vibes of DNCE’s ‘Cake By The Ocean’ and fuses it with the playful influences of Jonas Brothers’ ‘Sucker’. Tyler spoke with The Student Pocket Guide to discuss his forthcoming album, new single, and his exciting career to date…

Hi Tyler, thank you so much for having this Q and A with me. I’m looking forward to hearing more about the forthcoming album!

For those that might not know you, how would you describe your musical style?

I would say if you’re a fan of Shawn Mendes, Niall Horan or James Arthur you’re in the right place. I’m a pop artist at the core but I draw from rock and alt influences to inform my overall sound.

What kind of music are you listening to at the moment and who would you say your biggest inspirations are towards your own song writing?

You’ve recently released your latest single ‘Sex on the Beach’. It’s such a smooth pop tune and is ideal for summer. Where did you come up with the concept for this track?

Glad you like it! This song was one of the days in the studio with my producer ‘Pilz’; it just poured out of us. We were talking about summer memories and the types of songs we associated with those times. It’s a little cheeky but also coincidentally the ‘Sex on the Beach’ beverage goes hand in hand with summer as well. I pictured this song as kind of an anthem you can sing along to on a road trip or car ride to the beach, but also one of those types of memories where you look back and reflect on summer love.

You’ve worked with some impressive artists! Who has been the best to work with and who is top of your list to collab with if you could pick anyone?

It was such an incredible milestone to have pulled together a song that features so many artists I admire like Justin Bieber, Avril Lavigne, and Bryan Adams. I think some of the more rewarding experiences I’ve had collaborating with other artists, particularly new emerging talent, is when a song ‘clicks’ for them and they really start to find their voice. For some of the veteran musicians I’ve had the pleasure of collaborating with, I just love hearing voices synergise and harmonize together. In terms of my list of top collaborations, I would love to do a song with Alessia Cara, be in a studio with Timbaland and write a song with Justin Timberlake.

Let’s talk about your new album. What can we expect to see on there?

This is honestly my best work yet. I poured so much emotion into this album after the last few years of a global pandemic, I had a lot of feels. Early in the process I had just come off of a Canadian tour and flew straight to LA to start writing because I had so many ideas. Then I got in one last international writing trip to London before the pandemic kicked in and I finished the remainder of my album in my home studio. It was a challenge to not be in the same physical space with other writers and producers to really feed off of that creative energy and feel the magic that happens in sessions. The silver lining was that the majority of songwriters and producers were in the same boat. We were all in the lockdown, so sessions which I may not have been a part of were able to happen virtually. The overall album is rooted in pop, but I think there is a little bit of something for everyone on this album from start to finish. I didn’t want to make it too dark or too emo but I definitely speak to matters of the heart and those waves of emotions we’ve all experienced since last year. You can expect a musical journey for any scenario all sewn together with my signature vocals.

Is there a particular theme that runs through the album? (If so, why did you choose it?)

This album is super introspective. My name is on it, so I had to look within and have that moment of “who am I?” There were a lot of life milestones during the creation of this album that also altered the process; I became a dad for the first time. When I was reflecting on who I am, I also had to consider who I want to be, for my daughter. The album track listing helps navigate through those waves of emotion from songs like ‘Remember’, where it’s about being young and care free, to more trying times like the single ‘Say Nothing’, which is about a fight you’re having with a loved one and how sometimes it’s best to say nothing and let things diffuse instead of saying something you might regret. 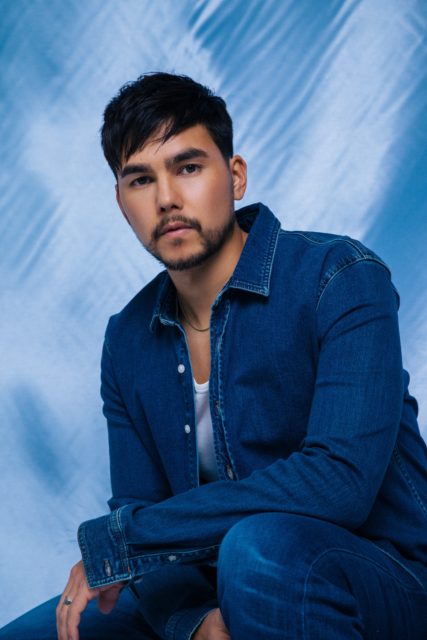 What’s your favourite track on the album and why?

I love all of them! I wrote over 100 songs for this project and had to narrow it down to just the top 10-11 songs. A few of my favourites on the album (which change all the time) would be ‘Remember’, for that up-tempo energy, then ‘North Star’ overall is a standout for me, and a more mid-tempo ballad called ‘Worse For Me’, which I think is lyrically one of my favourite songs I’ve written to date. I think people will really connect with the new music when I get around to touring this album. I was really taking in what my fans were connecting with on my last tour, ahead of the pandemic and it really informed my creative process on this new album. There’s nothing better than making eye contact with fans who are belting out your lyrics and crying from overwhelming emotion.

Where has been the best venue to perform live and is there one you are yet to tick off the bucket list?

Montreal has some of the most loyal music fans overall. Vancouver is where I grew up so that is always a special homecoming show for me as well, because my career really started after I left home, so to come back and have a room full of familiar faces means so much to me. In terms of the bucket list, I’d really love to tour Europe. I’ve done some showcases and festivals but never a full-blown tour. I feel drawn to Europe and think my music will really connect there. Some of my top venues would be the Rogers Centre in Toronto, Radio City Music Hall in New York and I’ve always wanted to do a more intimate show at the Troubadour in Los Angeles.

I’m sure your fans are eager to see you perform your latest songs live! Can we expect to see you at any music venues this summer?

Definitely working on some tour routing at the moment. One of my favourite parts of this career is creating a live show and sharing it on the road with my fans. It gives me chills just thinking about it! I will have a few shows at the end of the summer in Canada and then looking at a potential tour for early 2022. Once it’s safe to do so, I plan to be out on the road as much as possible. I can’t wait to see my fans again in person and hopefully make some new fans and friends as well.

What can we expect to see next from your music?

The flood gates are opening. I’m already working on new music and hoping to get some special music out ahead of the holidays as well. I never want to be defined by genre so I’m really open to exploring and experimenting with new sounds, new writers and producers, and challenging myself along the way. As I’ve said, I’m rooted in pop, but I’m inspired by music in general. I’ve always wanted to try a country song or even an R&B leaning song. I’m keeping myself open to new opportunities and manifesting great things ahead. You’ll have to stay tuned for what’s next…

You can listen to all of Tyler Shaw’s music here.

You can also listen to Tyler Shaw’s latest single ‘Sex on the Beach’ here.