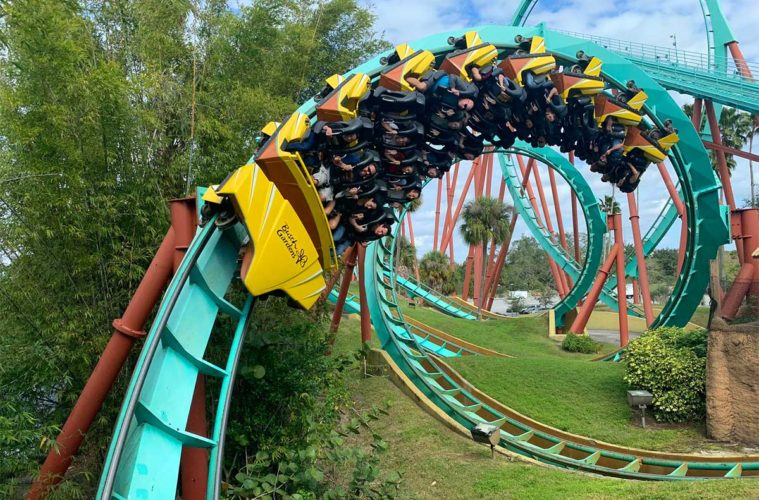 The Future of Theme Parks

With the world’s lockdown and Coronavirus troubles nearing their end, time has come to return to our favourite pastimes.

Whether this is simply a recreational activity, hanging out with friends or just visiting tourist hotspots like parks and castles. There has been no better time than now to take a well-deserved to break. One particularly favoured tourist destination that will see a lot of foot traffic this summer are theme parks.

And who could blame them? The thrill and anticipation of theme parks and rollercoaster rides are hard to replicate, especially while stuck in lockdown. It’s no wonder then, that people in the thousands will be flocking to their favourite theme parks come this summer.

But while their visitors have been away, the parks themselves have been no less busy. Forever finding new ways to wow their customers and innovate, the future of rides and rollercoasters has never looked brighter:

The Future of Theme Parks | Queueing

Has this ever happened to you – queueing for an hour to several hours just to wait for a ride that you’re beginning to wonder if it’s even worth it? Of course you have! It’s a staple of the theme park-going experience about as much as the ride themselves. At the bigger parks, like Disneyland Paris for example, sometimes the fast pass is barely faster than the normal queue.

When, oh when will our endless queueing nightmare end? Sooner than you’d think, at least according to companies like attractions.io who promise to end long queues for rides. Simply put, their app would allow their users to register a place on a ride for a specific time. Users can then wander the park and try other attractions until they are notified that it’s their time. All you’d need to do then is turn up, get on the ride, have your fun and leave.

Sounds simple enough right? However, it’s important to note that this technology is only a prototype and proof-of-concept at the moment. Attractions.io is confident though, that their pitch will win over both customers and theme park business, to provide a more fluid and seamless experience for both.

The Future of Theme Parks | Animatronics

To focus on one brand of theme park fun in particular for a moment – Disney has always prided itself on providing an experience that can be found at no other attraction the world over. To this end, one of Disney’s theme park staples is its use of animatronics. These animated robotic characters help to provide flair to the parks’ attractions and help the visitors get immersed in the rides.

Well, Disney is already getting prepared for the future of this technology. Current animatronics, and the ones dating back decades are inarguably primitive, with limited articulation. They more often look creepy than convincing. Tokyo Disneyland on the other hand, have their sights set on the convincing side moving forward, as seen with their work here on a ‘Beauty and the Beast’ ride animatronic.

While the technology on display here is no doubt impressive, it does raise the question of how much further it could go and what could be done with it. This is a question that Disney is already moving to answer themselves at some point in the future. It has been reported that they are working on animatronics driven by AI (Artificial Intelligence). These AI animatronics will be able to interact with park guests and perform elaborate impressive stunts that would otherwise endanger human actors.

Whether this kind of technology and its applications is intriguing or terrifying is up to you. There’s no doubt however, that Disney’s use of it that could enhance the theme park experience for years to come.

The Future of Theme Parks | Rides

Now, as for the rides themselves, predicting the future of them becomes a lot more unclear. Usually, theme park ride ideas and construction are a reiterative process of regulations and guidelines. As a result of this, any hopeful ride concepts such as a ‘hybrid rollercoaster and waterslide’ that you may read about online HAVE to be taken with as much salt as possible.

It’s one thing to hope for that to be invented, it’s another realising the logistics of putting that together. Because of this, I will be working mostly off of pure speculation. Thus, here are my ideas on the future of theme park rides:

There’s no doubt in my mind that virtual reality will become a staple of the theme park experience. Already, we can see the beginnings of this going back to simulator rides such as Disney’s Star Tours. Involving a booth suspended with pistons, that move the riders around, matching to the video on screen. More recently, park goers were wowed by Disney’s Avatar: Flight of Passage ride. This ride simulates the same experience but on a much larger scale, using a MUCH larger screen.

It’s only natural then, since theme park rides are reiterative creative process, that eventually these rides will trickle down to involve virtual reality.

With this, there is no end to the lengths theme parks will go to wow their visitors and give them all an experience that can never be replicated and never be forgotten.