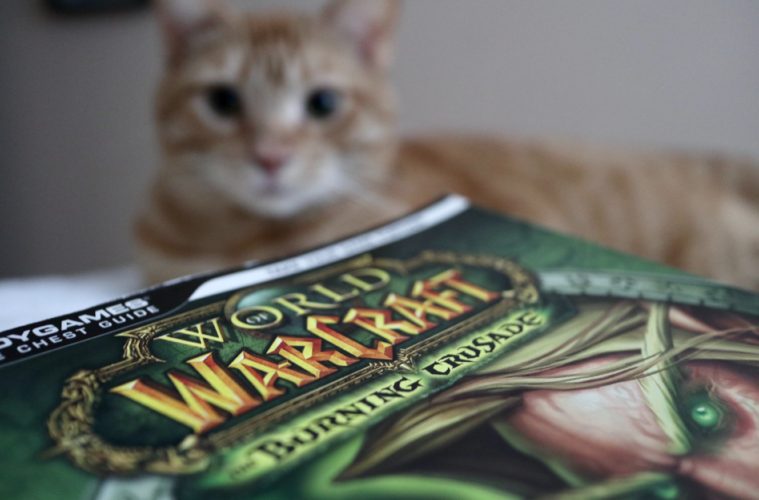 How to Pick Your First MMO Game

Millions upon millions of avid gamers spend most of their waking hours playing them. Coming in all shapes and sizes, MMO games are a vital cornerstone of the gaming industry.

But why is that?

In short, MMOs provide hundreds, sometimes thousands, of hours of content for a reasonable price. So many of us play video games to get truly lost and immersed in another world. Well, there is no better way to achieve that than sinking your teeth into a 100+ hour virtual odyssey.

It’s easy to see the appeal of these games. It’s also easy to tell how overwhelming they can be, and how that can sometimes put people off. However, you may be someone like myself, who desperately wants to sink their teeth into an MMO for their very first time. What’s stopping you at that point is simply not knowing how or where to begin.

Luckily, I am here to help guide you towards your first MMO experience. Think of it as a beginner’s guide to Massively Multiplayer Online Games. While technically every MMO is beginner-friendly, there are some that provide a much smoother transition.

Here are just a sample of some online games that provide a similar experience to MMOs, as well as a couple of the more beginner-friendly MMO games on the market.

Perfect for: Fans of Halo, Borderlands, FPS games in general
Is there a story campaign?: Not currently. Though, there are DLCs with <10 hour campaigns.
Is multiplayer mandatory?: No, but there are multiplayer modes and events that take place.
Available on: PS4/5, Xbox One/Series S|X, PC
Price: FREE to play, DLC costs extra.

Technically not an MMO but still an incredibly popular online game that could help smooth the transition into bigger MMOs for you. Developed by the original Halo team, Destiny provides the same fast-paced sci-fi FPS experience at the low cost of being completely free. Customise your character down to their armour colours. Play with a wide array of weapons at your fingertips. Watch the hours pass on by as you shoot, loot, rinse and repeat. With a healthy dose of content in store, and truly satisfying FPS combat, this comes highly recommended.

Perfect for: Fans of Fallout (obviously), Skyrim and RPG games in general
Is there a story campaign?: Yes. There are technically 4 story campaigns in one.
Is multiplayer mandatory?: No, but there are multiplayer modes and events that take place.
Available on: PS4, Xbox One, PC
Price: Currently on sale. Usually £34.99

Yes, yes, I already know what you’re all yelling at me. However, despite the rocky start this game has, I can now say it’s at its absolute best state ever currently. With four whole surprisingly-lengthy story campaigns at your disposal. The trademark Fallout gameplay you’ve come to expect from Bethesda is in full force here, with some nifty tweaks along the way. Despite some hiccups here and there, you can easily play Fallout 76 like it’s Fallout 5 (which it basically is).

Perfect for: Fans of Final Fantasy (obviously), Skyrim and RPG games in general
Is there a story campaign?: Yes, a lengthy one plus expansions.
Is multiplayer mandatory?: No, but there are multiplayer events that take place.
Available on: PS4/5, PC
Price: FREE to try. £10 to buy starter pack, plus a <£10 monthly subscription.

Now, this one is a slightly bigger leap compared to the other two. One of the biggest MMOs at the moment, FFXIV provides your classic Final Fantasy experience on a much larger scale. Despite your experience with the franchise, or lack thereof, this game has something for everyone. Whether you’re a social gamer, a story gamer or an all-nighter, you’ll feel right at home. It’s easy to feel overwhelmed and out of your element in FFXIV, but focusing on the main story and taking things slowly will help alleviate those feelings. Before you know it, you’ll be sinking hours upon hours into this game. For instance, I personally know someone who has spent over 1000 hours on this game this year alone. Who knows, that could soon be YOU.

Perfect for: Fans of Star Wars (obviously), Mass Effect and space-based RPG games in general
Is there a story campaign?: Yes, a lengthy one plus expansions.
Is multiplayer mandatory?: No. Can be played entirely solo.
Available on: PC
Price: FREE to play. Premium Pass monthly subscription offered for access to expansions.

What better franchise with such widespread mass appeal to bring in gamers and non-gamers alike than Star Wars. Taking place thousands of years before Episode 1, SWTOR provides a classic Star Wars adventure with you in the front seat. Customize your character and choose your path to Jedi glory or Sith terror. With hundreds of hours of story content, a full dialogue system and a simple, easy to use combat system, there’s no better beginner MMO than this.