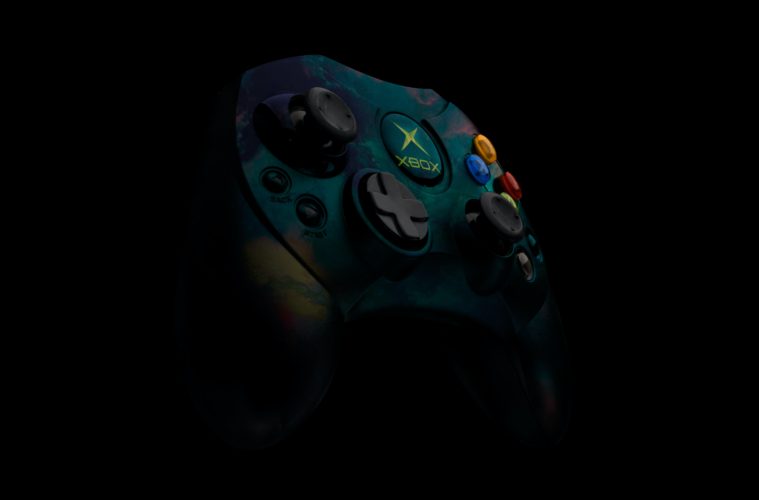 The next generation of gaming consoles are already circling the waters. As always, fewer and fewer companies are paying attention to the current consoles anymore. As gamers and developers start to move away, it seems as though there’s less and less to keep them around. Around this time, companies release one last big game to give the consoles a send-off before moving on. Usually these games are big and bold, pushing the consoles to their absolute limits one last time. For the Xbox in 2005 however, the reality would be quite different. During this period, an enterprising startup named Double Fine Productions were getting ready to release their sophomore hit – Psychonauts.

Developed over the course of five years by a team of former developers from Lucasarts (George Lucas’ game studio). Exuding endless charm and heart with a unique cartoony art-style, Psychonauts quickly won critics over. Xbox gamers eagerly anticipating the next gen systems however, were less impressed. A critical darling, yet a commercial flop, Psychonauts only sold a measly 100,000 copies by the end of 2005.

Jumping ahead 16 years however, Psychonauts has since become a cult classic video game. Double Fine Productions themselves managed to avoid getting shut down and are now sporting a cult following of their own. Known now for making weird and unique adventure games you won’t find from anyone else.

Now, their latest project Psychonauts 2 is just a week away from it’s long-awaited, much-anticipated release. Now more than ever, I feel it’s time to revisit the original and ask ourselves the important questions. Why did it become such a cult classic? Did it deserve a sequel? And naturally, is it still worth playing today?

Psychonauts is set in a vague time period that’s an amalgamation of the 60s all the way to the 90s. It takes place at the Whispering Rock Psychic Summer Camp. Every summer, a group of remarkable children meet up here to train in using psychic abilities, and thus become ‘psychonauts’. Armed with powers like telekinesis, levitation and invisibility, these children are trained to harness and control them; to not go mad with power. One of these children, Rasputin Aquato, has snuck into the camp, having fled his family’s circus to pursue his dreams. Here you are introduced to your player character.

As the story progresses, it becomes clearer that Rasputin (or Raz) is not like the others. His grasp on his abilities and his understanding of the minds of others is unlike anyone else. Showing all the signs of a would-be child prodigy, as the camp gradually becomes threatened, Raz becomes its only hope. What started as a fun and quirky summer holiday with some strange kids quickly becomes much more sinister. Villains emerge. Secrets are revealed.  The safety of mankind itself hangs in the balance. All of it in the increasingly-capable hands on one super-powered 10 year old prodigy.

While I would love to divulge the deeper secrets and revelations of Psychonauts narrative, I must resist. One of the game’s biggest draws, and part of its cult status, comes from its overarching plot. Suffice to say, the game goes many places that players may not be expecting tonally. Which, I believe to be part of it’s appeal. It doesn’t treat the audience like kids themselves. The strength in Psychonauts’ narrative comes from its darker moments and emotional maturity.

From reading up on the game’s inspirations, it’s clear where they fit in. Inspired by the (at the time) still-fresh 3D Mario games, Psychonauts is a traditional platformer through and through. Most of what you’ll be doing in the game is running and jumping. Here, more so than other platformers, the game takes its time to explain how Raz’s circus training allows him to perform such moves. This context allows the game to give you way more moves than the average platformer – swinging, flipping and even rolling around on circus balls. All of this allows the game (and Raz) to stand out from the crowd against games like Super Mario 64.

Of course, no 3D platformer game would be complete without a fair dose of combat. Much like Mario 64, your attacks are simple. Yet, with Raz’s acrobatic skills, you can spice things up and get around your enemies much faster than most other platformers. As the game progresses though, you begin to gain psychic abilities. Some are passive like invisibility. Some you can use against groups of enemies to thin them out a bit, like telekinesis. It’s all at your discretion, and the game never punishes you for not using one or forces you to use another.

Variety is the spice of life, as well as the spice of Psychonauts. The level design is second-to-none and switches things up gameplay-wise near constantly. Some levels involve a platforming romp around your teacher’s mind palace. Some levels involve you racing against your fellow students/rivals. Others, like the famous ‘Milkman Conspiracy’ level, slow the pace a bit and let you complete an elaborate puzzle. Perhaps Psychonauts’ biggest strength is that it never lingers for too long, and keeps things interesting all the time.

Psychonauts’ biggest hook, both from a gameplay and narrative perspective, are its mind palaces. Arguably the most memorable aspect of the game is its setting. The summer camp acts as the game’s hub world, taking you from level to level. Where you will be spending most of your time in this game however, are the mind palaces. These are levels that you access by throwing a door onto people’s heads and jumping in (yes, really). Here, a level is presented to you that represents that particular person’s state of mind.

For instance, the first one you enter at the very beginning of the game is the mind palace of Coach Oleander. As the resident drill sergeant at the camp, his palace of course consists of a dark and grim war scene. You navigate through a war-torn battlefield in order to escape. Here, you can also pick up ‘figments’ of his imagination, which are the game’s collectibles.

As you progress, you gradually learn more and more about that person both indirectly through the level and directly through ‘memory vaults’. These vaults are slideshows that show snapshots of that person’s life in two ways. The first vault represents the kind of person they perceive themselves to be, for instance, the Coach views himself as a true hero soldier. The second vault represents their true past/nature, which for the coach is him being rejected by society for his short stature.

If you’re reading this and thinking to yourself ‘wow, this seems dark for a cartoony kids game’, this is exactly why I and so many others love Psychonauts and why it’s stood the test of time. It doesn’t hold your hand and it doesn’t sugarcoat anything. It represents mental health and illnesses in a truly honest and unfiltered way. With how seriously media is starting to take mental health in recent memory, it’s no wonder that this game secured a sequel.

From what I’ve seen of Psychonauts 2, it certainly continues the trend of honest depictions of mental health through a cartoon prism, and I for one cannot wait.

After all, a mind is a terrible thing to waste.

Psychonauts is available on Xbox, PS4 and Steam for under £10.