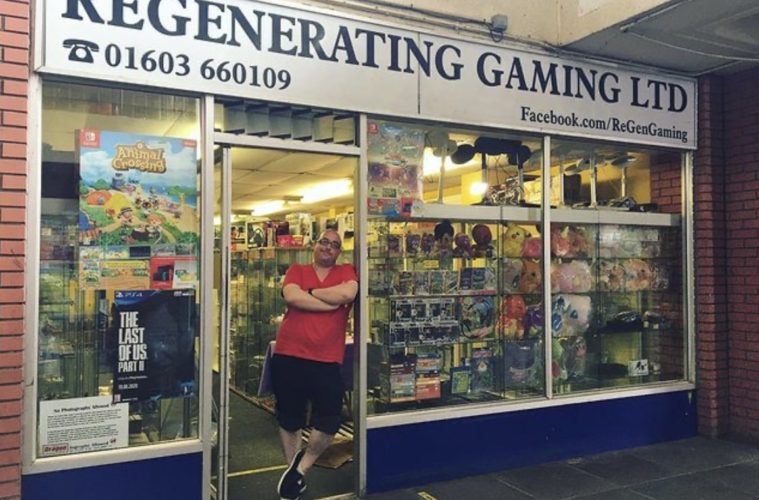 Regen Games is an independent gaming store in the heart of Norwich. Established in 2006, they sell a wide variety of both retro and new games alike. I sat down with the owners to discuss just what goes in to games retailing and how the pandemic has affected them.

Si: It’s great, it’s awesome. It’s always changing and you never get the same 24 hours even if you’ve been doing it for 10-15 years. You never know what’s round the corner. There are lots of ups and downs, but it’s great when you’ve got community support behind you.

So, what inspired you to create Regen Games?

Si: Long story short, I wanted to create a fairer retail market for retro video games. Back a long time ago I had a career where I was working for a lot of people – for about 10-13 years, and then I got made redundant. So, I started looking around in Norwich, and I wanted to work for myself. I was trying to find a market that wasn’t on the high street and at the time there were probably 3 shops in Norwich that did preowned games, but they were preowned to next gen games, and nothing really going backwards to retro. So yeah, we thought we’d try and take residence into retro stuff and obviously ‘evolved’ over the years. It’s all about working for yourself, really. You’re always working a lot harder for other people, but when you’re working for yourself you can actually do better.

That makes sense. Out of curiosity, what are the most popular items bought?

Si: At the moment, it is really the Pokémon scene, but then it could be anything really, because all you’re doing is you’re sourcing items that are people’s memories. So you can never really tell. Everything, really. That’s why we have such a mixed variation now. We used to sell predominantly cartridge games, and maybe a small handful of discs. Cassettes used to be a big thing too, but everything has evolved and changed. I mean, if I honestly knew I would always be stocking that one popular item. That’s the hard part about it.

Is it difficult to source items for Regen Games?

Si: Yes. Both new and preowned. Nowadays you have to be competitive with other shops – offer better trades. So, you’ve got to know not only what other people are offering, but also what your customer wants to receive as well. At the same time you’ve always got to make sure you’re 100% accurate with what you offer, and to make sure you can always get the stock. For new stock, because of the way bigger publishers work, you could be a smaller independent but you’ll still get the same amount of stock as someone who’s a larger independent, just because they like to keep it all level these days. It’s a nice way to show that our suppliers and publishers like to treat everyone the same.

What changes have you noticed in retail between when you started and now? 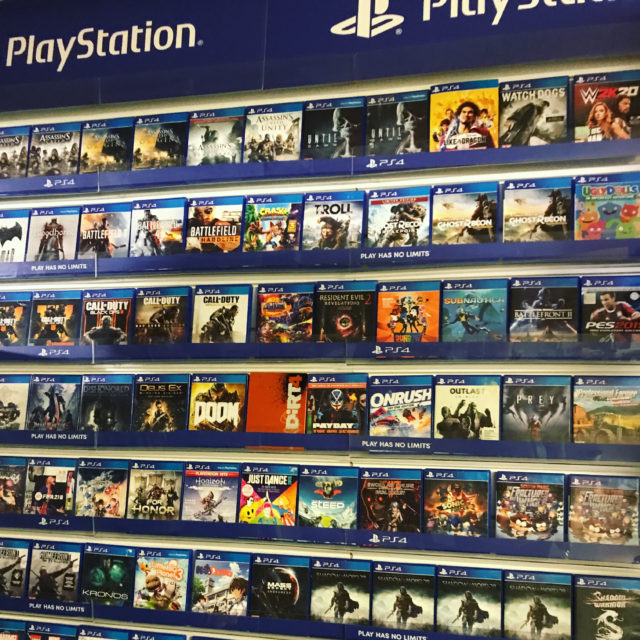 Si: Everything, really. That’s the problem, your mind goes so far back, you’re like “well, 15 years ago things were very simple.” The internet didn’t have much of a presence so people wouldn’t compare you with others. You would go into a shop and either accept or decline their prices, but now like I said everyone’s so competitive, you need to know everyone else’s business as well as your own.

Si: I do think it’s also more about community these days too, it’s not so much like you’re a faceless shop. You feel safe, you feel good to be in the area. I mean other than that I think it’s generally the same retail, you kind of get it whatever you’re in.

Amber: I would say there’s more of a personal touch to it these days as well. With independents you tend to know who owns it and who runs it and you get to just build more of a connection with people. I don’t think that really existed or people didn’t really seem to care back in the day. Now it’s a lot more focussed on the relationships that you have.

How has Covid impacted Regen Games? Have there been any positives?

Si: The impact obviously is negative straight off the bat. You know, no one likes change. You look back during the lockdown where it’s 100% online, and you think to yourself “are people ever gonna return to the high street?”. Now that we’ve come back, it’s clear to see that people love the community feel of being in a shop. You worry about the worst thing and it actually turns into the strongest positive. Our community has really pushed us through this. It’s been more strength to strength. Once you feel like you’ve lost everything, the only way is up.

Amber: There’s been another positive as well. Because a lot of new generation games have been delayed due to the pandemic, there’s been a really big resurgence in the retro community, so you see a lot of young kids who probably would never have thought of picking up a GameBoy before and now being really into it. Because all the games they cared about have got delayed, they’ve had to look at other means of playing video games. It’s a really nice feeling to see parents come in with their children and both being excited over a 20-30 year old game.

Do you think lockdown has brought in more customers for you?

Si: Yeah, it definitely has now. I think because – I’m not saying people got bored at home but, let’s face it – boredom did really settle in, I think they were looking for alternative options for when they could get out again, and the resurgence that we had was probably the best we’ve ever had in any form of Christmas, ever. The first two months were incredible.

Amber: The lockdown really expanded our range as well, because a lot of people were shopping online, it sort of made us realise “yeah I guess we need to make a website” and now we get people shopping from all around the UK. And even some of those people travel up to see us and the shop, as well.

How has Regen Games changed over time?

Si: Well it changes about 5 times a month, really haha. I’m a firm believer of changing the shops layout to keep it fresh and exciting for customers, so they always feel like there is something new to look at. There is multiple levels of change, and it’s all about security these days.

Amber: Also, with Covid a lot of things had to change due to social distancing. A lot of our things ended up locked behind closed cabinets because you didn’t want people to touch it and then you’d have to quarantine it, and we had to have a one way system as well, but that’s sort of chilled out a bit now.

If you could go back, would you do it all again? Or is there anything you would do differently?

Si: Of course I’d go back and do it all again, yeah. Would I do anything differently… This is like the A-Z of business. It is literally the first golden rule: don’t trust anyone. If you’re too good in nature people will take advantage. Other than that, no. Believe in your business plan, spend as long as you can doing that – I spent a year doing mine. Then again, if I did change anything, I wouldn’t be where I am now, so it’s one of those times: would you really have changed it all? I don’t think I would’ve. The reality is we’re here, we’ve learnt, we’re wiser, and we have a wonderful community.