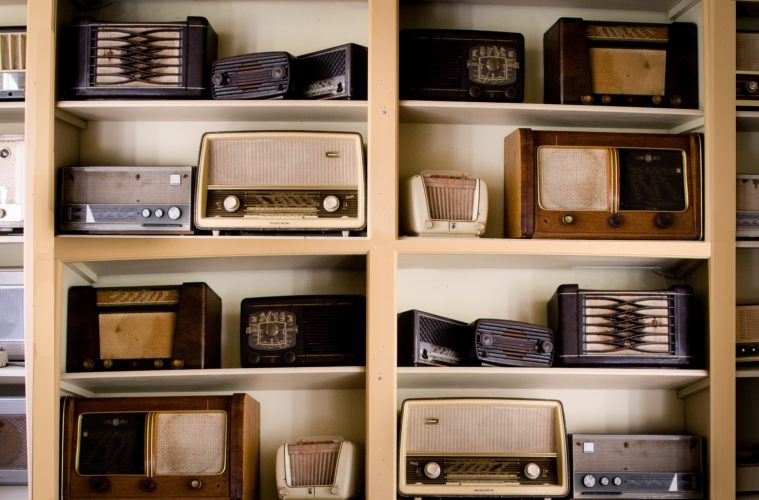 Predictions of the Future from the Past

Technology has come a long way in the last 20 years.

Might seem obvious to say that, but if you look further in the past, it’s shocking how far we’ve come. It’s both surreal and sobering to realise that the tech we have today could be considered sci-fi predictions 50+ years ago. In fact, the 1969 sci-fi classic 2001: A Space Odyssey depicted people in the future talking on tablet devices, and less than 50 years later we have the iPad.

That being said, not everything predicted way back then has actually come true, much to their disappointment I’m sure. If you take a look at visions of the future from the 50s and 60s, you’ll see it’s generally utopian. Whether that’s optimism or naivety is hard to tell, but I digress. These days, technology moves ever-forward in promising directions yet, if you go by the news, the world remains stressful.

Therefore, I figured it would be worthwhile to take a nice break from all the cynicism of the 2020s. Instead, we take a voyage to the sunnier shores of optimism in the 1990s and earlier. Back then, the world was moving just as fast as it is now, perhaps more so. Because of this, the predictions for the near and far future became a lot more grand and complex.

Here’s just a taste of what we thought the future had in store for us back then:

This one is generally considered low-hanging fruit when it comes to predictions of the past. Yes, many were surely convinced that by the advent of the 21st century, flying cars would be common. It is hard to pinpoint exactly where this prediction started. However, a look at an issue of ‘Popular Mechanics Magazine’ from 1957 paints a clearer picture.

The bombastic cover of this issue depicts a flying vehicle that strangely looks more like a flying barbecue than anything vehicular. The idea in this instance was that four fans on either side of the car would propel it. While this seems like a fantastical concept or an invention of the illustrator, it actually has basis in truth. The truth is that a company known as ‘Hiller Helicopters’ was developing a prototype version of this at the time.

Which kind of reveals one of the many reasons why flying cars never ‘took off’ (if you’ll mind the pun). It rarely seems like anyone was settled on how they would look and operate. To be fair, all I have to go on for this theory are a collection of illustrations of concepts. However, it’s safe to assume that ‘Hiller Helicopters’ weren’t the only ones trying to put them together.

Overall, the idea of flying cars never really made any sense to me, due to how ridiculous the concept is. It always made me feel as thought they were all telling a joke that I wasn’t in on. These days, with so many vehicles on the road, traffic accidents are super common. Now, imagine such circumstances but instead we were all flying every day. It’s safe to assume all major cities would be reduced to rubble by now.

Suffice to say, it’s no wonder that flying cars never got off the ground.

Yes, you indeed read that correctly. An actual prediction of such a future came from a science editor named Waldemar Kaempffert, writing for Popular Mechanics in 1950. For this, Kaempffert predicted that by the 21st century, we will be able to recycle household waste or even discarded clothing and convert it into delicious food. In the article itself, he rather bizarrely makes specific reference to sawdust, table cloth and even underwear as objects that could theoretically be converted into candy.

He boldly claims that by this point, fresh food will long be a thing of the past. Instead, all food stuffs will be synthesised from common household waste. While Kaempffert’s ideas are novel and charming, it’s hard to tell if he was being serious or not, even for the time period. While yes, converting waste into food could theoretically be possible at some point in the future. However, converting old used underwear into candy is decidedly less possible or indeed appetizing for most people.

It’s a nice idea, and one that would save a lot of industries a lot of headaches and could potentially be the saving grace of third-world countries. That being said, getting people to recycle these days without the promise of food or immediate reward is nigh on impossible. So, perhaps someday Kaempffert’s dreams will be realised and we’ll all be tucking into our favourite underwear-based foods round the dining table.

Jumping ahead to 1999, noted futurist Ray Kurzweil predicted that by 2020, the average life expectancy across the world will be 100. Previously, I have written about his predictions for AI and computers in the year 2050. From my research, I gleam that his predictions are thankfully more hits than misses. However, this is one of the bigger misses he’s had over his career.

Writing for his book The Age of Spiritual Machines, Kurzweil made a whole host of bold predictions, as usual. Some involved AI and the internet, whereas some involved health and biology. One of the bolder predictions he makes in the book is his statement that by 2020, life expectancy will be in the 100s. Unfortunately for Kurzweil, a quick look at the stats reveals that the average life expectancy across the world is 72.81 years. While that number of course differs greatly between countries, Kurzweil’s prediction of 100 was for the entire planet.

Sadly, we’re not there yet. In fact, we’re not even close. This would be because by 2100, the world’s average life expectancy will still only be around 81. Quite the difference from Kurzweil’s original prediction. In fairness however, Kurzweil was using his knowledge of medical technology more so than statistics for his final conclusion. Besides, who knows? Perhaps medical technology will soar over the year 50+ years and by 2100, we truly will be living to 100 on average.

For now though, let’s just enjoy the time we get.