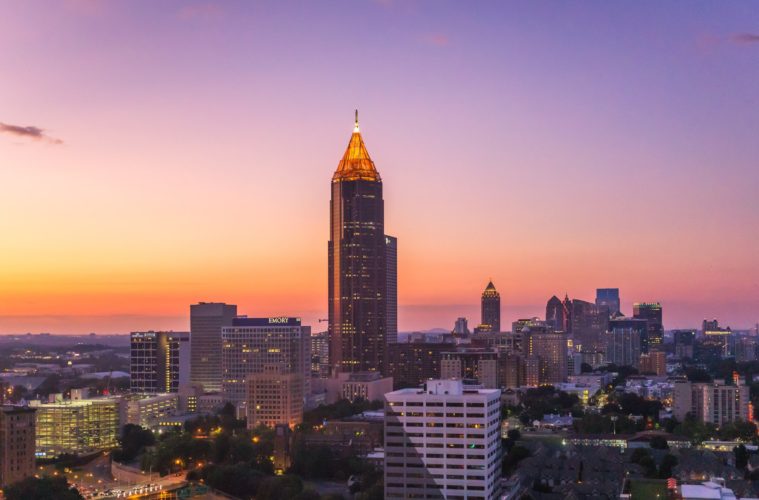 Top 5 Places to Visit in Atlanta, Georgia if you are a Student

Capital of the US state, Georgia, Atlanta is one of the most beautiful cities of the United States. It is not only rich in historical landmarks and monuments, but its architectural wonders and breathtaking beauty is something one can never forget. This makes it one of the top choices to visit among students, because of its potential historical tradition and unparalleled beauty.

Atlanta played a major role in two of the important historical events of the United States: the 1960s Civil Rights Movement and the Civil War. Some points in Atlanta clearly reflect war-ridden posture, which is why this city attracts history buffs from all around the country. For instance, Atlanta History Center is a perfect storyteller of Atlanta’s past, and the Martin Luther King Jr. National Historic Site is a brilliant dedication to the struggles of African-American leader’s life. Centennial Olympic Park in Downtown – which was built for the 1996 Olympics – has a massive Georgia Aquarium, which is the second largest aquarium in the world.

Moreover, the amazing mountain parks and natural viewpoints of Atlanta, along with extremely enjoyable nightlife is the reason why millions of tourists visit Atlanta each year from all around the country.

And we are not done here. There are so many more places in Atlanta that are just waiting for you to make your trip the most memorable one. If you are ever visiting in Atlanta, we have 5 places for you that you absolutely cannot miss.

Not everyone likes museums, historical sites, and galleries. However, if there is one place that is a combination of all of them and still manages to be one of the most enjoyable places for everyone, it’s the World of Coca Cola.

The World of Coca Cola is one of the most fun-filled and adventurous places in Atlanta, especially if you are a fan of soda and soft drinks. It is an international Coca-Cola museum that showcases the history of the Coca Cola Company – how it was founded and how far it has been. The massive museum and recreation center is based on a 20-acre complex with brilliant infrastructure.

Open to the public, the World of Coca not only chronicles the thrill-filled history of the brand, but the complex has a lavish tasting area that lets you dry different Coca Cola products and flavours from around the globe. Something of the Coca Cola brand that you cannot find in the whole country will probably be found in the World of Coca Cola, Atlanta.

Moreover, the World of Coca Cola has unique and massive gift shops with a lot of fantastic products and a variety of souvenirs. You cannot buy different souvenirs and gift items at affordable, tourist-friendly rates.

Piedmont Park is one of the most notable and friendliest places in Atlanta. It is a perfect place to spend quality time, be close to nature, and socialise with locals. You might have heard its name before Piedmont Park is usually considered to be one of the more famous Atlanta Attractions.

Located adjacent to the Atlanta Botanical Garden in the city’s Midtown, Piedmont Park has a large number of activities for you to engage in. Spread over more than 200 acres, Piedmont Park includes several walking and jogging tracks, picnic grounds, some of the best playgrounds, tennis courts, dog parks, and a swimming pool open to the public.

Whether you are alone or with your  friends, you can easily have a memorable time there.

Piedmont Park also hosts Saturday farmers market, thanks to its grand size, which also allows it to host some of the top events and occasions in Atlanta throughout the year, including Dogwood Festival, Atlanta Gay Pride Festival, and Atlanta Jazz Festival. Without a shred of exaggeration, the pride festival in Atlanta is a sight worth seeing.

Travellers call this park “a piece of peace” because of its friendly and peaceful nature. A lot of queues create congested parking, but it’s definitely worth it.

If you went to Atlanta and skipped the Atlanta Botanical Gardens, why did you even go?

That’s right. The “closeness to nature” and “preservation of environment” in which Atlanta takes pride in is all based in Atlanta Botanical Gardens. The plants and trees there are displayed in such a fashionable and picturesque way that it sometimes becomes hard to guess if the plant is real or not.

Atlanta Botanical Garden is a haven for plants. The garden, incorporated in 1976, is spread over 30 acres, and ever since its establishment, it has been a place to connect with amazingly beautiful plants and flowers.

Atlanta Botanical Garden’s mission is to “develop and maintain plant collections for the purposes of display, education, conservation, research and enjoyment,” which it is carrying out in the best way possible. And that’s not it, the beautiful and picturesque clippings of the plants and trees in the garden is almost unbelieve. Who would’ve thought that nature could also be sculpted?

Atlanta Botanical Garden is home to the famous clipping “Earth Goddess,” along with clippings of a lot of different shapes and designs.

If you want to see undoubtedly the best ever display of nature, this is definitely the place to go.

The Chattahoochee River spreads over 48 miles and connects to 15 individual land units to form a massive national recreation site in Atlanta. Just being there is fun activity itself because of the calm atmosphere and beautiful scenery. The riverside is a perfect place to spend quality time, have picnics, and engage in an adventure.

There are multiple water-based activities, including tubing and water rafting that would float them down the stretch of the river. Kayaking, canoeing, and paddle boating are also available to take you down the full length of Chattahoochee.

If you prefer to stay out of the water, you can spend your time exploring different tracks, go on hikes, and rent a bike to accelerate through a 7-mile trail. Another fun activity to do there is fishing. Catching bass and catfish is easy in Chattahoochee. But if you get lucky, maybe you can catch trout too.

Saved the best one for the last. The city of Stone Mountain is just a 20-minute drive away from central Atlanta, and it’s definitely worth visiting if you are in Atlanta.

The small city of Stone Mountain is based around the Stone Mountain Park, which has a literal giant stone mountain as its main piece of display. The giant, white Stone Mountain in the middle of the park is famous for the carving on the surface of the stone. The sculpted carving on the top of the stone is an epic example of art and is big enough to be seen from the ground. The carvings commemorate three eminent American personnels of the American Civil War : President Jefferson Davis, Robert E. Lee, and Thomas “Stonewall” Jackson.

The park also offers a Summit Skyride which provides you a beautiful bird’s eye view of the park and the central Stone Mountain while the narrator educates you on the history of the place.