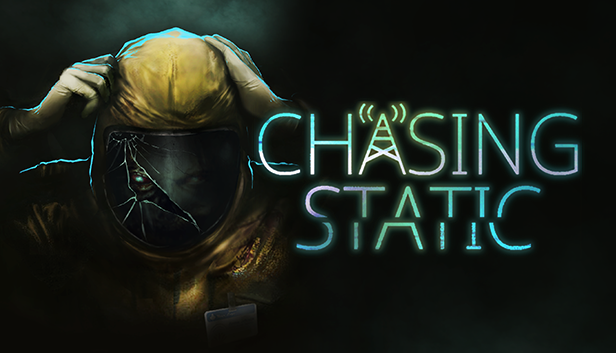 Chasing Static is a psychological horror game set in North Wales. Created by solo developer Nathan Hamley of Headware Games, the game takes the genre to a new level by having the player focus on audio to uncover mysteries.

Chasing Static: A Q&A With Headware Games by Courtney Jennings

What inspired you to create Chasing Static?

For this game I wanted to explore the audio side of horror, it’s the most important element of horror design. I started with that mindset and asked myself how I could involve the player more in that experience. After talking with some shortwave radio enthusiasts and a little research into number stations I decided to go with something themed around radios.

Narrative wise I was primarily inspired by a camping trip we took in Wales 2 years ago. We drove to Snowdonia arriving shortly after sundown in a particularly fierce storm, the roads were thin, bumpy and often accompanied by a sheer drop on one side. We got lost, It took hours to get to our campsite and signs of life were few and far between, the whole experience was kinda terrifying- in a good way! The game is also inspired by films like Beyond the Black Rainbow, Annihilation, The Thing and The Ritual.

Chasing Static has a unique retro art style, what made you decide on this? And were there any other styles you considered first?

I grew up with the PS1 and love finding and playing new obscure titles for the system. I think there’s a lot of potential in the style that hasn’t been fully explored yet. Personally I decided to go with a ‘PS1-like’ style, not sticking to the hardware restrictions when it came to replicating the visuals. I knew I wanted that crunchy low res look but also wanted to play around with things like dynamic lights and post processing (primarily colour grading).

True horror comes from the unknown, from letting your mind wander and imagine what is lurking in the shadows. I’ve seen hundreds of potentially good horror films that completely ruin the mystery by showing their monsters/antagonists. Once you’ve seen that it’s a CGI demon or some bloke in a rubber suit all the fear is lost and you’re back to simply watching things prance about on a screen. The beauty of this style is that the resolution severely limits fidelity, forcing the player to use their imagination more, subconsciously or not. It really compliments horror. 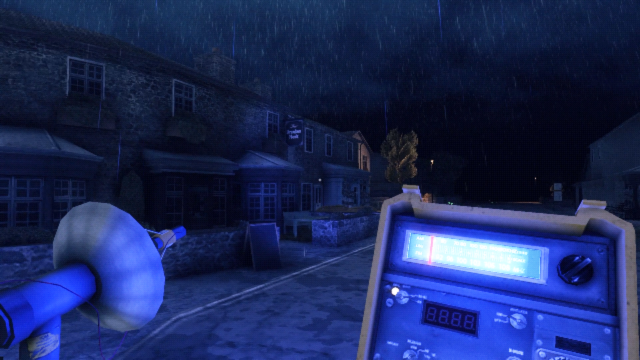 What have been the most enjoyable parts of making the game?

It’s nice to be able to take on multiple disciplines when making a game solo, I find if I get frustrated or tired of doing one element of the game’s design I can quickly jump over to another. My favourite part will always be developing the visual identity of the game, deciding upon and then creating the key locations that will help sell the core themes of the story. For Chasing Static this meant making a lot of dense woodland, a very British village and an abandoned research facility.

What are the biggest challenges you’ve had to face during production?

One of the biggest challenges during development (and one that many developers face, I feel) was keeping within scope, the lower fidelity art style helped with this and the game was designed with that in mind. My previous game went through many design revisions over the years and some fairly large parts of the game were scrapped, this was something I wanted to avoid with Chasing Static. I made a point of planning the game out as thoroughly as possible when in the initial design stage so as not to fall into this trap later. My main goal was to make a compelling story that was told through flashbacks, notes and environmental cues whilst still keeping the gameplay engaging for the player. Hopefully I managed to pull it off! 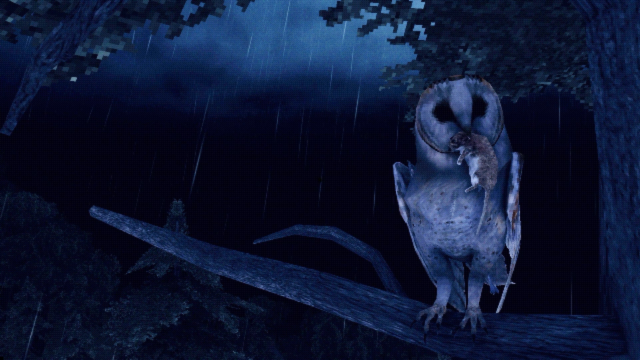 Another big challenge for me was the learning curve of moving from working in a 2D engine (Adventure Game Studio) to working in 3D in Unity. I had a bit of experience with Unity, I’d worked on a couple of 2D mobile game prototypes previously but not something 3D (or polished past a prototype stage). It was a really fun experience for the most part, there’s a lot to learn but with assets like Adventure Creator it made the transition much smoother. I’m very much an artist/designer first and a programmer second. I make do with what I can when it comes to the technical side of making games. I try to keep things as simple as possible and focus on my strengths, sticking to a narrative driven game helps in that regard. Using Adventure Creator meant that things like a save system, dialogue systems and inventory etc had a solid foundation to build upon and with a few custom scripts I was able to shape these into what I had envisioned for the game.

Can you tell us a little bit about the game’s creation?
I find films (of all genres) really inspiring when it comes to making games, I tend to focus on narrative and setting with my games, and films make for a great example on how to execute this stuff well. I also played a tonne of PS1, PSP and PS2 games, primarily horror games. I tend to prefer playing older games as the limitations are closer to the ones I face when making a game solo, a lot of AAA games just feel like they’ve thrown as many resources at the project as possible to add detail and pseudo depth. With older games the craft really shines through, it’s more obvious where each team member put their stamp on the project. It’s helpful too, to see how they overcame certain limitations in things like level design, poly count or lack of animation resources. I love to analyse that stuff, figure out why they did things in a certain way. Looking at these games from a design point of view is really helpful when planning out the structure of a game, or the layout of the maps.

What’s a typical day like as a game developer?

I try to stick to a fairly normal work schedule, if a little staggered. I generally start work around 10am, take half an hour for lunch at 1 and stop for dinner around 7. Exciting stuff, huh?! I work from home so there’s no commute to the office but I do make sure to take regular screen breaks to walk the dog with my partner. I normally jump back on the PC for a couple of hours at the end of the day to do a little extra work and prepare things for the next day. I find it really helpful to have one of my tasks half-finished at the end of the day so I can jump right back to it in the morning, it skips over the potential for procrastination when deciding on what to work on.

How long has it taken to get to this point?

Development on the game has taken roughly a year and a half, I started development in early 2020. 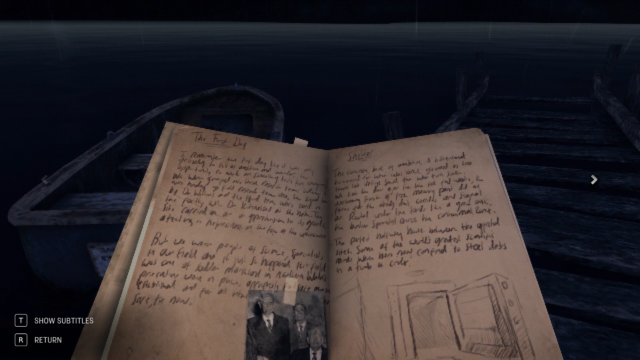 What does it feel like to see your own game come to life?

It’s a great feeling, honestly. Throughout development all these smaller parts of the game can often feel disconnected from one another, it’s not until you make that final push that things really start to come together as a whole. I find it really therapeutic making the final launch trailer for a game because you’re essentially condensing two years of work into a two minute trailer. It’s neat to look back at all that work.

Do you have any advice for aspiring game developers?

Start small, you’ll hear that from a lot of developers but it’s really important if you want to succeed. Find an indie game that is short, with fairly simple features and use that as something to aim for. You’ll be tempted to want to make the sort of games you love but depending on your tastes, most of the time those games are made by huge teams with big budgets. Don’t focus on learning everything, don’t be afraid of using assets to help you. The best way to learn is to limit your scope and know when something is too much work for you. Finishing projects is really important, aim to make something in a month, maybe join a game jam, release something. As soon as you release your first, short and simple game you’ll be one step closer to making the game of your dreams.

For me I found that point and click adventure games were simple enough in their mechanics that it felt like something I could achieve on my own. I focused on art, writing and design and learnt the necessary basics to put these things together in an engine (Adventure Game Studio). I’ve recently played around with Construct and although subscription based (you pay a yearly fee to use the engine) I felt it was really approachable for newcomers, I’d suggest giving that a go. I’d also recommend sticking to 2D for your first project, the third dimension just complicates things when you’re learning the fundamentals. Don’t give up, these things take time. If making games is something you’re really serious about then you must be prepared to spend the time to learn the craft (but only the bits necessary to make your game come to life). Good luck!

Want to try Chasing Static for yourself? You can download the demo here!

Chasing Static: A Q&A With Headware Games by Courtney Jennings