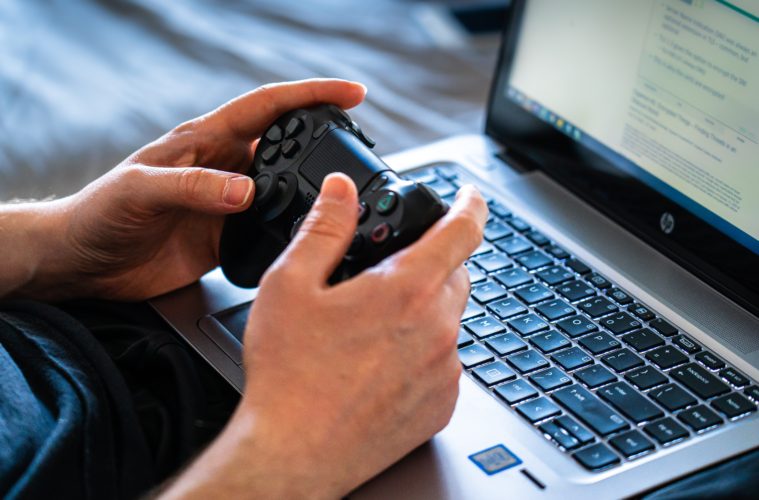 Is Cloud Gaming a Fad or the Next Big Thing?

In 2021, there are many ways to play your favourite video games.

Before the 2010s, your choices for buying and playing games were limited to going to your local game store and buying a physical copy. While that hasn’t gone away, many more avenues for game distribution have opened up in the time since. From buying and downloading the game from your console’s online store to the newest trend in gaming – cloud gaming.

A practice whereby allowing the user to play the game like drift hunters without waiting at all, provided they have a decent, persistent internet connection. Cloud gaming allows the user to buy a game and play it right from a server without any waiting at all. Its convenience and usefulness as a feature cannot be denied. However, the technology’s potential has not yet been felt by the gaming masses. Cloud gaming’s rise in recent years has thus lead people to the inevitable question:

Is cloud gaming the future, or is it just another fad?

What are the ins and outs of cloud gaming?

Cloud gaming functions relatively similarly to streaming movies on Netflix or Amazon Prime, for instance. Except, it’s on a much grander scale and usually takes up significantly more of your internet download speed. In fact, to even have a decent shot at cloud gaming, requires AT LEAST 6mbps of internet at all times. Anything below that number is going to give you a lot of grief. This may not be a problem for those who live in urban areas like major towns and cities. If you do, your internet may already reach those speeds by default. For rural areas however, these speeds are much less likely. Thus, for now, you may just have to wait it out.

One of the biggest problems facing cloud gamers is input lag. Simply put, input lag is the delay in time between you pressing a button and the action registering on the screen. Many TVs these days have a low input lag, so as to be appealing to gamers. The lower the input lag, the better your overall gaming experience will be. For cloud gaming however, the problem of input lag gets a little trickier. Because cloud gaming relies solely on your internet connection, your download speed will directly affect your input lag. The lower the download speed, the higher the lag becomes.

However, it’s not just the fault of the user’s internet here. In fact, for even the best cloud gaming providers at the moment have input lag problems. In a perfect scenario, even with the best internet in the world, the input lag averages around 30 milliseconds. That may not sound like much, you may be thinking. However, considering most TVs these days are 11 or 12 Ms, it’s enough to be noticeable.

What are your choices in cloud gaming?

Since cloud gaming is so fresh and new, your choice in providers is rather limited. Even more limited in terms of game selection. Since some services have only recently launched, only a handful of the newest and greatest titles are available to you. However, these providers do indeed promise that they’ll be updated as time goes on. It may be worth the wait though, considering you don’t need to invest in a console or fancy gaming PC to play these games.

Google Stadia is perhaps the most (in)famous choice of the bunch. Launched almost two years ago, the service can be accessed through your Chrome browser and can be played from any device. Stadia is updated with a smattering of games every month, however only a few are brand new releases. Expect most of the games you’ll be playing on here to be low-budget indie titles. While these are obviously still excellent, don’t expect the service to be full of big-budget titles.

There are a few other up-and-coming cloud gaming services to mention – Amazon Luna, PlayStation Now and NVIDIA GeForce Now. While, yes, these do provide solid games on decently-run services, only one truly lives up to the mantra of ‘Netflix of gaming’ – Xbox’s recently released ‘xCloud’.

xCloud is Xbox’s recently-launched cloud gaming service available to Xbox Game Pass Ultimate subscribers. With Game Pass Ultimate, you get access to literally hundreds of games, free to download onto your Xbox consoles. You also get those very same games in Cloud form, ready to play whenever you want without any downloading. The choice on Game Pass is just astounding. Truly ranging from the newest and best to even some older games that will fuel your nostalgia. In terms of the cloud gaming services available to you at present – there’s no beating xCloud.

As you can see, cloud gaming on the whole has potential. While the services available to you may not be as many and as promising as most other kinds of streaming services, the promise of cloud gaming cannot be denied. No more waiting, no more downloading and no more worrying about physical copies of games going missing. It’s all accessible online and ready for you whenever you need them. Whether you’re sold on it or not, I implore you to give xCloud a try. After all, the future awaits.