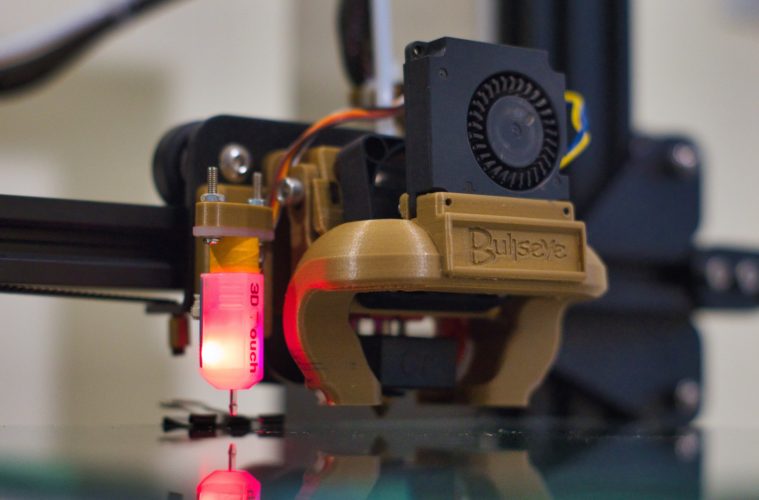 The Potential of 3D Printing

3D Printing – a futuristic buzzword that has been cropping up more and more over the years. But what really is it?

The process of 3D printing involves inputting an image or shape into a computer using specialised software. This initial process is known as computer-aided design, or CAD for short. The object in question is then translated onto a 3D printing machine to begin constructing it. 3D printing machines function much the same as ordinary ink printers. However, the difference here of course is that it builds the object, layer upon layer, using a wide range of materials, usually plastic.

Of course, this is the laymen’s version of how 3D printing works and the specifics are much more complex. However, what 3D printing enables the user to do is extraordinary. Everything from phone cases to large construction materials can be recreated. Even now, with the technology well underway and evolving, I feel we’re at the tip of the iceberg to what it’s capable of.

Here are just some of the uses of 3D printing that we can look forward to in the near and far future:

Yes, you read that correctly. This is not even a far away idea, either. Construction is already being planned and enacted in many countries to make 3D-printed houses a reality. The benefits of this are huge. One particular usage that may have come to your mind is of course housing the homeless. Many countries already have major plans in place to construct dozens upon dozens of 3D printed houses to combat rampant homelessness. One company in Austin, Texas has already begun work on building dozens of 3d-printed homes for homeless and elderly residents.

As we see here, the company in charge, Icon, are 3D printing a concrete-like substance dubbed ‘lavacrete’ onto a foundation. The simple, yet durable design and construction of these houses enable them to work much quicker in almost half the time. It also helps to cut down on construction costs considerably, since most of the heavy lifting is done by the machine. Because of this, not as much manpower is needed. At least that’s how it should be. However, some are still sceptical of the technology as this only really translates to small-scale projects like this. Which makes sense. After all, it’s not likely that we’ll be seeing a 3D-printed skyscraper anytime soon.

Either way, even smaller 3D printing construction projects like this one add up to something substantial. Projects like this will contribute to a major decrease in homelessness in some areas of the world. Also, it’s speculated that 3D printing houses will help to decrease ever-climbing rent prices in some parts of the world. With this in mind, it’s easy to see how 3D-printed houses could really be the future.

Yes, believe it or not, 3D printing is even managing to work its way into the world of fashion. Since 3D printers can print a wide range of materials, it’s no wonder that clothing manufacturers would be interested in the ‘fabric’ option. Some of you may have some reservations of wearing clothing that was machine-made, rather than a recognized brand. However, there are numerous benefits that producing and wearing 3D-printed clothing may have rather than traditional fashion.

Danit Peleg is just one of the many people and companies making waves in the fashion world with her 3D-printed designs. Bold and evocative, the clothing itself has drawn much attention. However, where Danit’s campaigning really lies, as we see above, is her advocating for 3D-printing to become more commonplace. As Danit says, so much of fashion is wasted, literally. Millions of tons of clothing are thrown away each year and not enough of it is getting recycled. Danit’s approach to a solution is direct and headstrong. 3D printing eliminates these problems, to make them easily reproducible and recyclable.

Many argue that 3D printing will fundamentally change how clothing is produced. Currently, ‘sweatshop labour’ is an indisputable vice of the fashion industry. One that doesn’t seem to be going away fast enough. Many, including Danit, agree that using 3D printing would eliminate the need for sweatshops. Instead, clothing could be produced by the machines en-masse with little to no human intervention. This is of course optimistic, as some argue that whether or not sweatshops are used for 3D printing will depend entirely on the manufacturers. However, we may hope for the best, and wake up one day to a world without the need for exploited labour any longer.

Perhaps the most important and vital use for 3D printing yet seen in recent years is for prosthetics. Up to now, prosthetic limbs have generally been produced using materials such as titanium and silicone. These limbs are costly to both make and acquire. However, 3D printing may eliminate a lot of cost and production hassle moving forward. For example, one such prosthetics company, Open Bionics, have recently unveiled their newest, affordable solution – The Hero Arm.

The most attractive feature of the Hero Arm compared to other prosthetics is its affordability. Right now, the cost is around £10,000 – £20,000. While, yes, that may seem steep to most, as prosthetics go, considering the Hero Arms features, most would generally cost double it. This is because the Hero Arm boasts full multi-grip functionality. This is different from the more cheap ‘cosmetic prosthetics’, which are as the name suggests, purely cosmetic. The Hero Arm, and other prosthetics like it, gives function to the fingers and the hand and enables them to grip.

Most vitally though, the Hero Arm is of course the product of 3D printing. This is a huge part of how it’s able to be so robust and yet cost so little compared to most other similar prosthetics. Much like the uses of 3D printing for housing and fashion before, this enables the Hero Arm to be manufactured much faster and cheaper. The Hero Arm is truly revolutionary in the field, and has already seen a sizable and healthy customer base. Time can only tell what else 3D printing will be able to bring to prosthetic technology.

As you’ve seen, 3D printing already has accomplished so much, and has so much more potential to explore. From housing to fashion to prosthetics, it seems there is no area that 3D printing cannot improve in some way. I feel we’re merely at the cusp of what other amazing applications this technology has in store for the future. After all, thanks to what it has achieved for so many; we can safely say that the future is now.