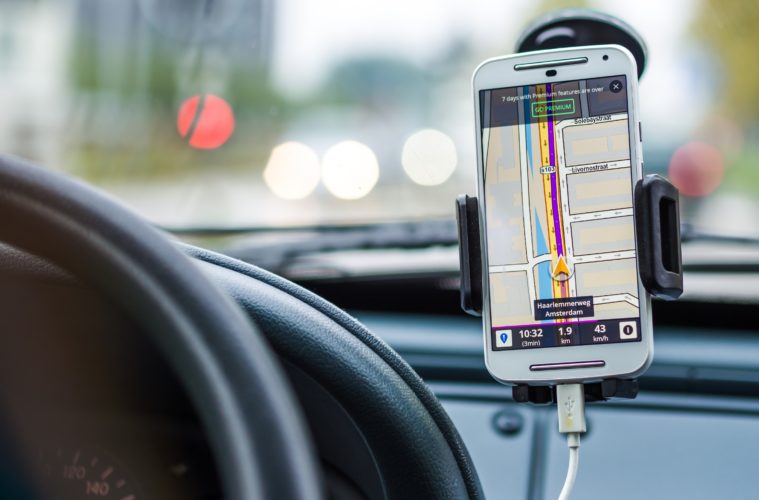 The Problem with GPS and How to Fix it

Nowadays, technology is vital to every industry and every part of our lives. So much of tech is ingrained in how we work, live and play that we scarcely imagine a world without it.

However, every now and then we get reminded that it still has a long way to go. The world of technology is based around the concepts of reiteration and improvement. We see this all the time when it comes to Apple. Every two-to-three years, Apple takes the stage to unveil their latest iteration of the iPhone. Many say that the changes they make each time are only marginally better than the last one. Yet still, they persist in changing their definition of what an iPhone should be. One particular area of tech that does not get reiterated upon nearly as much as the iPhone is GPS.

Though, perhaps it should be.

GPS has become a game-changer for the automotive industry. Using satellite technology, GPS is used to show you exactly where you are and where you should be going. But how exact is it?

This is precisely where the problem lies.

Many of the problems regarding GPS stem from the fact that it uses satellites for navigation in the first place. As one can imagine, satellites are nowhere near easy to launch and even less easy to repair once they become faulty. Satellite launches are sporadic to begin with. The last ‘block’ of satellites first launched in 2018 and the next block isn’t expected to launch until 2026.

This may not sound like a huge deal but many towns and cities across the world are under a constant process of construction. New roads and highways are being built near-constantly. As a personal example, my previous house was on a relatively-new road and the GPS didn’t recognise it until recently, even though we moved there around 2015. Not recognising new roads is a huge flaw for GPS; technology that should update itself once the new road is publicly available.

Of course, I recognise that my personal problems with GPS are perhaps naive. After all, I have no doubt that solving the problem is far far more complicated than it seems. However, technology as vital as GPS for so many people and industries, should be under a constant process of evolution, much like the iPhone.

This ever-present issue of inaccuracy is perhaps the most clear when dealing with something Britain has in abundance – unmarked rural roads. There are a lot of them in Britain, and one vital part of our lives is having more trouble with them than anyone else – emergency services.

How Emergency Services Use GPS

As one might imagine, emergency services rely heavily upon GPS to locate and assist people in need. Of course, because this is so vital and time is of the utmost essence, precise information is a necessity. However, sometimes even that is a bit too much to ask. The way it works is that the dispatcher at the call centre uses GPS tech to track the people calling in real time. Giving your location over the phone is of course just as helpful. Dispatchers use GPS in tandem to make doubly sure they locate the caller with precision.

However, this isn’t always an accurate process, as this report from Last Week Tonight With John Oliver shows:

Last Week Tonight is of course an American show and thus highlights this very problem in America. However, the problem very much persists over here and possibly other countries too. It’s no surprise that this is the case; after all, the G in GPS does stand for global.

As the above report shows, it’s not necessarily the fault of the caller if they’re unable to tell where they are at the scene of the accident. Even when they know the location, a simple mix-up of addresses or confusion within the GPS systems itself can be fatal.

However, thankfully, we might actually be close to solving this problem once and for all. You may have seen recently a string of adverts cropping up on TV and YouTube for an app known as ‘what3words’. What this app is bringing to the table may not be a solution, but it certainly could be a step in the right direction.

Launched in 2013, the app was created in response to inadequate address information; something we all go through once in a while. The app’s concept is simple. As the above advert for it states, it divides the world into 3-by-3 metre squares. These squares are then given a unique combination of 3 easy-to-remember words. These words can then be simply placed into the app and it will give you the precise corresponding location.

Nifty, right? UK emergency services certainly seem to think so. According to the what3words website, the app has already been accepted by 101 emergency services across the country. However, even though this is the case, recent history has shown that there’s still a long way to go. An emerging problem with what3words is just how many words can sound similar and thus get confused. One combination of words can correspond to one location. However, if you add an ‘s’ to the end of that combination, it’s an entirely different location altogether.

From this, you can sense the alarm bells ringing. This is why, as I stated previously, what3words is less of a sure-fire solution and more of a step in the right direction. Even though it’s more geographically reliable than GPS, as you can see, it comes with its own problems.

Since we’re starting to see adverts cropping up for what3words for the first time, despite the company being founded in 2013, I can only assume that means that we’re going to see big changes. And we really should be. After all, technology like this in certain circumstances can LITERALLY be life or death. Split second decisions are key to this app’s use for emergency services, so there really needs to be more precision and less confusion.

I only hope that what3words takes this criticism to heart and over the next decade, GPS problems are a thing of the past.