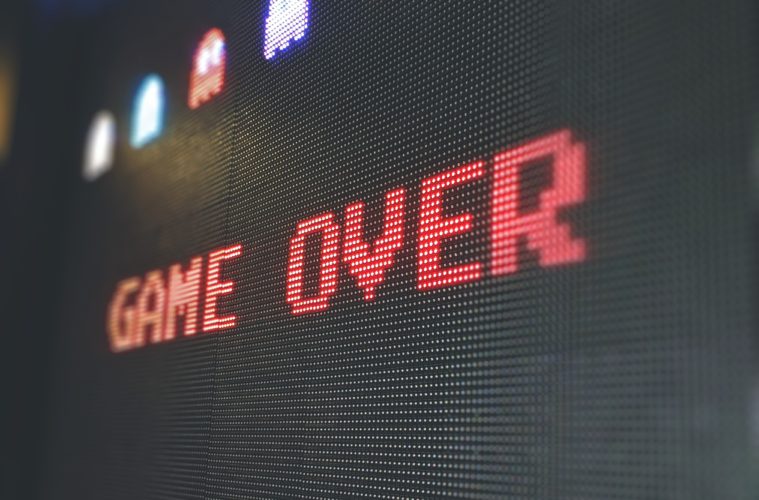 Ever wonder what The Truman Show would have been like if it was set in a video game world?

That’s essentially the fly-by pitch for the newest Ryan Reynolds blockbuster, Free Guy. Reynolds plays the titular character, Guy. An NPC (non-player character) trapped inside a massively multiplayer online game called ‘Free City’. However, Guy doesn’t really feel trapped, at least at first. To him, his monotonous daily routine of waking up, getting coffee and working at the bank never really feels limiting. That is until he has a chance encounter with Millie (played by the incredibly talented Jodie Comer). Millie, as a real player from the real world, introduces Guy to a whole new side of his life. From there, Guy takes charge and begins to learn what it is to be his own person.

The Truman Show comparisons come from the existential quandaries that Guy finds himself in throughout the movie. If everything is a video game and nothing is real, what’s the point to anything? A deep question indeed, and the movie’s attempts to answer it are one of the few real strengths that I felt this movie had. That’s because Free Guy as a whole just feels so corporate and cynical in its portrayal of ‘nerd culture’. It’s to a point where I am shocked, yet not really surprised at the widespread praise that Free Guy is getting.

Don’t get me wrong, as a movie, Free Guy is entertaining and very watchable throughout. It does manage to keep your attention. However, a lot of that entertainment is very surface level. It suffers from many of the same problems I and many others had with 2018’s Ready Player One. In that, the movie tells a similar story in a video game world about gamers rising up to defeat the big corporate evil behind it all. However, a lot of the time, the movie was using pop culture references to a nauseating degree. Right up until the movie essentially just becomes a giant game of  I-Spy for brands you recognise.

It’s not quite as egregious in Free Guy, however I did feel that the movie relied far too much on pop culture, particularly Fortnite references. I don’t blame the movie or its creators for doing this however. I also fully acknowledge that I sound like the ‘fun police’ by saying this. However, I think there’s a thin line between paying respectful homage to gaming and just ‘capitalising on trends’. Free Guy, unfortunately, deals in the latter.

There are good ways to handle it when you’re dealing with video games and other pop culture. 2012’s Wreck-it Ralph for example, I believe to be a GREAT example of how to pull it off correctly. Gaming characters and tropes appear in Wreck-it Ralph all the time. But it never feels cheap or unearned. It feels like a natural part of the world it creates. Free Guy on the other hand, struggles to find its own identity in the same way, and instead occupies its world and characters with tropes and ideas taken from recognisable games. Again, understandable but still disappointing when you see what other video game-based movies have done, and better.

The core story itself is decent and easy to get invested in. However, the story itself is quite predictable ESPECIALLY if you’ve already seen the trailer. This movie makes the classic mistake of giving away nearly all of the fun moments and plot points in the marketing. Which is a shame because there are quite a few great, crowd-pleaser moments in here that feel earned. However, if you’ve seen the trailer, you’ve already seen them. Which is such a shame because despite the numerous criticisms I’ve listed so far, there is good to be found here.

No surprises really, but a lot of the good can be found in Ryan Reynold’s natural charisma. He brings a lot to the character of Guy and transforms him from a blank state into his own character. I often have troubles with Ryan Reynolds roles since he seems so type-cast now. After Deadpool, it’s easy for him to replicate that kind of wisecracking sardonic character over and over. However, Guy as a character is sweet, pure and genuinely wants to do good. And that really is compelling to watch. In summary, it’s safe to say that most if not all of my enjoyment from Free Guy came from Ryan Reynolds.

Besides Ryan Reynolds, the other big roles in the movie come from secondary protagonist, Millie. Played by Jodie Comer, Millie is also compelling, however to a lesser degree than Ryan since she’s a more serious character. The dichotomy between her video game self and real world self is interesting to watch, and Jodie brings a depth to both to make them stand out. It really is impressive. The other big role in Free Guy comes from its antagonist, Antwan, played by Taika Waititi.

As one of the funniest and most talented personalities working in the movie industry today, Taika brings a lot of charm to his roles. However, that same charm is decidedly lacking here. Naturally, you would expect that from a villain role. Unfortunately though, Taika doesn’t really get much room to play around here and is kind of trapped in a ‘goofy, evil villain’ archetype on end. He doesn’t really get to do much and I was ultimately left feeling like the role could have been played by anyone else and there wouldn’t be much difference. A real waste of a great comedic talent.

Ultimately, unfortunately, I was left disappointed with Ryan Reynold’s newest blockbuster outing. Capitalising more on the Fortnite fanbase than anyone else, it doesn’t feel like the celebration of video games that was promised to us. Instead what we’re left with is a rather paint-by-numbers loud, brash blockbuster. One that certainly has great moments of levity and some sweet story beats, but outside of Ryan Reynold’s performance, is not worth paying attention to.

Free Guy (Ryan Reynolds Movie) - Review
Some solid action scenes.Ryan Reynolds brings a lot to the character of Guy and keeps from becoming an archetype.Jodie Comer and Ryan Reynold's chemistry is fun to watch.Some funny moments here and there.
Disappointing use of Taika Waititi as a weak, one-dimensional villain.Its portrayal of video games feels gross and too 'Hollywood'.The messages and morals it promises are either unclear or just fall flat.Doesn't give its world any 'rules'. Characters can just do whatever they want.Cameos of video game personalities are cute, but don't add anything overall.Overarching story is essentially a less compelling remix of The Truman Show.
40%An entertaining, yet largely cynical and hollow portrayal of video game 'culture'.
Reader Rating 0 Votes
0%