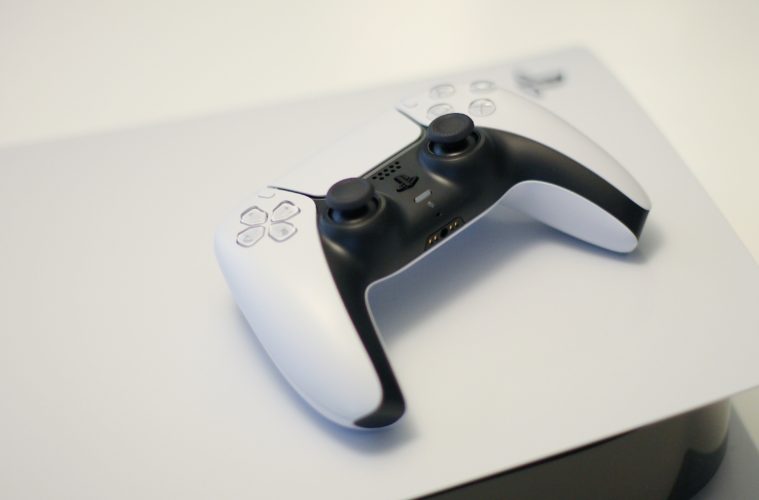 “If at first you don’t succeed, die and die again.” That’s the motto of Deathloop, Arkane Studios’ stylish PS5-exclusive shooter.

Deathloop was originally shown way back in E3 2019 with a very stylish mood-piece of a trailer. With the Dishonored and Prey games already under their belt, Arkane Studios took another risk. Sequels and spin-offs are always safer and cheaper to produce. But to create a brand new world, story and gameplay LOOP for players to explore? That was a whole other undertaking. Arkane Studios would have to really sell gamers on their next project to draw them away from their previous ones. Luckily, making it a PS5-exclusive would help them achieve this.

Marketing can make or break a game, or really any type of media. It’s not always easy or simple to try to appeal to EVERYONE. You generally have to pick your niche and stick to it. In my case, I was sold on Deathloop IMMEDIATELY.

The Reveal of Deathloop

This trailer only gives a vague idea of the game’s premise, but I was instantly hooked. Everything about the style and world spoke to me, and I really loved what it was saying. However, it wouldn’t be until June of the following year where we would get our next glimpse into this world. Courtesy of the PS5 reveal showcase.

I was already taken aback by the first trailer. However, the gameplay reveal sold me even more than I could have imagined. The stylish presentation of the game’s initial reveal trailer seemed to translate perfectly to the gameplay. From the gameplay, to the characters, to the music they used in the trailers, everything was coming together for me.

Now, several delays and a pandemic later, Deathloop released on September 14th, exclusive to the PS5. Here are my thoughts on it.

The Gameplay of Deathloop

The basic gameplay and story premise of Deathloop is simple, and has been made clear from the beginning. There are 8 targets scattered across the island. In order to break the timeloop and escape the island, protagonist Colt has to kill all 8 in one single day. Easy enough, right? Well as he and you will learn as you progress, it’s not as simple as it sounds.

Each day, you get four timeslots with with to approach – Morning, Noon, Afternoon and Evening. From those four timeslots, you get to visit four different locations around the island. Now you may be starting to get the dilemma. There are 16 total possible combinations, with only 8 targets. The key to solving the puzzle of this game is figuring out who’s gonna be where and exactly when. This is the crux of Deathloop, and the thing you’re gonna be spending most of your time on.

Now, is solving this puzzle as fun as it sounds? Yes and no. Don’t get me wrong, the moment-to-moment gameplay of Deathloop is incredibly fun, and perhaps it’s strongest factor. Darting between locations with an array of powerful, inventive weaponry never gets old. However, you won’t be doing as much ‘mystery-solving’ as you may expect. The game unfortunately suffers from a massive problem of ‘railroading’. By that I mean, it holds your hand far too much with objective markers. Very little of the game’s timeloop puzzle is solved by you and you alone piecing everything together.

Fortunately though, despite this setback, uncovering the mystery behind the Deathloop still feels fun. That’s perhaps the biggest thing Arkane Studios’ game design has going for it. Taking out bad-guys and hunting for clues remains immensely fun throughout. I just personally wish there was a little more sleuthing and less handholding.

The Story and Characters of Deathloop

Colt Vahn awakes on a lonely beach in a foreign land with no memory of where he is or even who he is. Along the way as he attempts to regain the past, he crosses paths with Julianna Blake. Promising some connection to Colt’s past, Julianna pursues Colt relentlessly in a violent game of cat-and-mouse. Who is this woman? What is this island? Why is there a timeloop? These are just some of the question the game promises and attempts to answer over the course of its story.

Are these answers satisfying? Well, that’s entirely up to your own distinction. For me, while the game has answers in abundance, it lacks the necessary elaborations that are needed. Not nearly enough time is given to the answers past a simple explanation. It expects you to fill in the blanks with what you’ve learned about the world and characters on your own. While asking that of the player is perfectly fine for me as a meticulous RPG gamer, the average player may become frustrated with the lack of clear and concise answers coming their way.

That being said, what keeps the frustration of Deathloop’s tangled narrative from becoming too much is how it handles its characters. Colt in particular as our endlessly optimistic and wise-cracking protagonist brings the story some much-needed levity. His rapport with Julianna in particular is where the game really shines. Throughout the game at almost every interval, him and her will have a quick spat over their radios. Listening to these exchanges is a joy and brings so much to what are already STRONG characters.

Even above the gameplay, which I KNEW was going to be solid and fun to play around with, the narrative was what I was looking forward to by far the most of everything that the game has to offer. That’s why, unfortunately, I’m said to say that overall it falls short. Don’t get me wrong, it’s still solid overall, with some incredibly strong characters and some of the best dialogue I’ve ever heard in a video game. Unfortunately, that’s not enough to carry a painfully mediocre main storyline.

I would say that the first two thirds of the story are intriguing enough. While, as I said, the execution of uncovering the mystery behind the timeloop could be stronger, it keeps you on your toes just enough to want to know what lies at the heart of the loop. The motivation to press on and figure things out is undoubtedly there. It’s just the payoff where it lacks. Without spoiling anything, the ending in particular is a disappointment. The game just kind of ‘ends’. While that could maybe be acceptable for most games, for a mystery game such as Deathloop, the reward to your investigation being a quick ending is deeply unsatisfying.

Perhaps my biggest problem with the story however, is that it technically has two storylines, and one is much more satisfying than the other. The core, surface story is a let down. However, the deeper backstory behind the game’s world and characters has some incredible pay-off and intriguing implications. That being said, you really have to dig around for it, which is such a shame if you’re not the kind of gamer who likes to do that. There shouldn’t even be two stories. They should have focused on one, and made that as strong as possible.

Overall, I still had a great time with Arkane Studios’ Deathloop. Subjectively, it’s definitely the best game I’ve played this year. From an objective standpoint though, it has some really high highs, but its lows are so low that it ultimately brings the rest of it down. That’s something that’s such a deep shame for me. This is a game I was looking forward to playing and consuming and reviewing more than any other in recent history. I couldn’t wait to gush about it and write a 5,000 word review about how much I love the game.

But, even though I really enjoyed my time with it and came away still sure of its greatness, Deathloop just let me down in the ways I didn’t want it to. The gameplay is incredible. The weapons that they supply you with are so inventive and fun to use. Planning out what you’re going to do each loop and what you need to bring with you is so exciting every single time you do it. Colt and Julianna as characters are fantastic, and their banter brings some of the best witty dialogue I’ve ever heard from a video game.

Unfortunately, with all that being said, this game kind of needed a strong narrative foundation at its core. A reason for the entire mystery that the game promises to be solved. Ultimately, it doesn’t give you that, ending on a sour note with a overall playtime of 20 hours not being nearly enough to give this world its due. Deathloop is a great experience, and one everyone should try. There’s a lot to love about it. Regrettably, not enough of it will stand the test of time. Either way, Arkane Studios should be proud of what they’ve achieved here.

Deathloop is available now on PS5.

Deathloop (PS5 Exclusive) - Review | Arkane Studios
The moment-to-moment gameplay loop is consistently fun and engaging.Colt is a fantastic, instantly-likeable protagonist with a lot of great one-liners.Julianna is a really fun villain, and her relationship with Colt keeps you guessing.Colt and Julianna's radio banter is so much fun to listen to.The music and sound design lives up to the hype.The 60s, blaxploitation James Bond-esque style is intoxicating throughoutTwo-thirds of the story is great
Weak endings with little to no narrative payoff.One particular 'turn' in the story is questionable at best.The game is overall not long enough to get you really invested in its world and characters.Only two-thirds of the story are great. The last third really brings it down. The fact that you really have to dig for the best parts of the game's backstory.
8Incredible gameplay, dialogue, characters and world design aren't enough to prop up a mediocre core narrative and weak ending.
Reader Rating 0 Votes
0.0