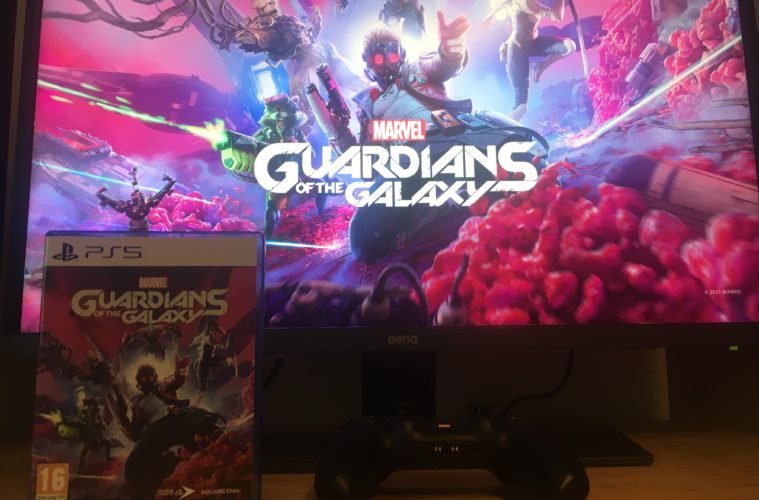 Guardians of the Galaxy is by far the most popular property Marvel has put out in recent years.

It’s no wonder then that Square Enix are capitalising on it by releasing a new video game centred around them. Developed by Eidos Montreal, Marvel Guardians of the Galaxy takes the team in a new direction. Not based on or taking place in the ever-popular Marvel Cinematic Universe. Using the original comic book storylines as a basis, this new Guardians game takes the team in bold, new directions. Now, having put 17 hours into the game in total, I can definitively say that it’s a total winner.

Here are my reasons why:

Something that superhero-based media is doing a lot these days, that I greatly appreciate, is moving away from origin stories. While there’s nothing inherently wrong with origin stories, they just feel played out and formulaic at this point. After all, there are many ways to introduce an audience to a set of characters. In this game’s case, Marvel Guardians of the Galaxy takes what people know about the characters already from the MCU, and builds on it.

Having known each other for a year or two by the time the game starts, they’ve already built a working relationship. They often fight though, and have yet to truly figure each other out and build any kind of trust. Watching them go from uneasy allies, to friends, and finally to a family, is the most compelling aspect of the game. The writing and character development is by far the biggest strength Marvel Guardians of the Galaxy offers.

The MCU Guardians movies are far and away my favourite out of them all. That’s why, in the lead-up to this game, I was sceptical that they could recapture that same magic. Well, I am happy to report that they have done so, in spectacular fashion. The game’s ability to go from hilarious comic moments to heartfelt, deeply emotional moments is stellar. Each character has their own moment to shine. Seeing it all come together in the end feels truly special.

However, the game isn’t without its faults. The gameplay itself is nothing to shake a stick at. While it’s definitely fun to rack up combos and team moves, that’s about it. It doesn’t offer much in the way of nuance and challenge. Thankfully, the battles are on average just short enough that they don’t become stale. But combat will largely consist of you doing the same moves over and over again. The existence of ‘The Huddle’, the game’s super attack ability, makes all the staleness worth it though.

Activating The Huddle causes your team to gather around you. You then deliver a heartfelt motivation speech to encourage them and boost their morale. Now motivated, a random 80s song from the game’s incredible soundtrack plays and your abilities become even more powerful than before. It’s hard to describe without just showing it off, but it’s well worth the wait every time you use it. The game oozes 80s-infused style and fun at every turn, and The Huddle is no exception.

Despite the game’s various shortcomings, this is a fantastic new venture into an established universe. While the gameplay may come short, the story, characters, dialogue and music elevate it to astronomical heights. For new fans and old, Marvel Guardians of the Galaxy is a strong recommend.

Marvel Guardians of the Galaxy is available NOW on PS4/5, Xbox One/Series and PC

Marvel Guardians of the Galaxy - Game Review
Fantastic story that stands on equal footing to the MCU Guardians movies.Well-realized, nuanced characters give the story its heart.The selection of 80s music elevates the game hugely.The Huddle. Genuinely funny and charming writing throughout.
Combat starts to get repetitive in the latter half of the game.Costumes are often TOO well hidden with no way to backtrack.Lack of a sprint button.Conversations often get interrupted, requiring you to walk slowly a lot of the time so you don't miss out.
8A fantastic story, world and characters let down by repetitive gameplay in the latter half.
Reader Rating 0 Votes
0.0