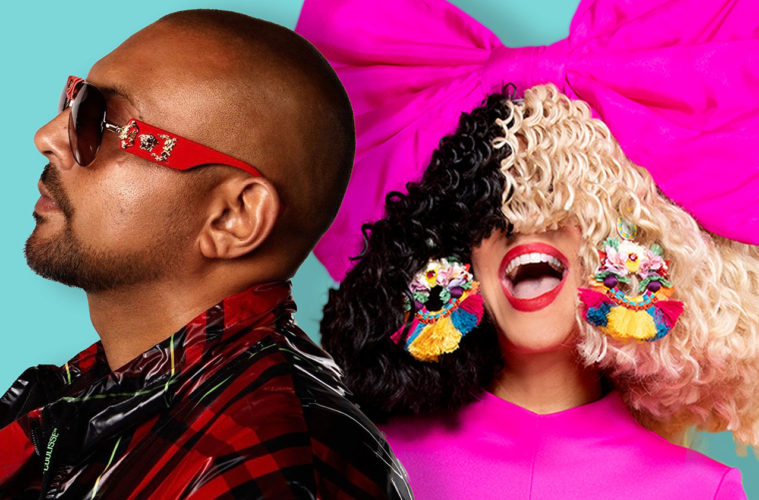 Today, the multi-award-winning and Billboard chart topping, Sean Paul reunites with Sia to release their club anthem Dynamite – an indisputable pop banger to round out the year. Produced by Banx & Ranx and Greg Kurstin (Adele, Pink, The Foo Fighters), the upbeat single relies on dancehall-centric beats, Sia’s trademark quavering voice as she belts “Light me up and set me free,” and Sean’s undeniable dance inducing riffs.

The track marks a highly anticipated follow-up collaboration between the genre-bending artists since their smash hit “Cheap Thrills,” also produced by Greg Kurstin, which has racked up over 1.6 billion YouTube views since its 2016 release.

Of the song, Sean Paul says, “Dynamite started out as just a good vibe song. After recording ‘Cheap Thrills’ Sia and I knew we would record another single and ‘Dynamite’ is the second instalment.” He adds “Banx and Ranx, Greg Kurstin, myself and Sia, worked on this single and I hope people gravitate towards it like our first single. Dynamite is another feel good record for me and I just want to thank Sia and her entire team, my team Duttyrock, my management team and big up my mom who introduced me to Sia’s music.”

Sean Paul recently shared cheeky new single “Only Fanz” featuring Ty Dolla $ign. Empowering women who creatively earn their living, “Only Fanz” garnered acclaim from Vibe hailing it a “tropical banger,” while Hot New Hip Hop declared it “one of the most fun songs of the summer.”

Throughout his career, the international superstar has carved a home for himself while championing dancehall, as being an artist with a unique sound, look and passion. His ability to show the power and unity in music through various collaborations, across many genres has catapulted his career over the years on various charts, awards and with an enormous fanbase. Effectively Sean has brought that same concept back to his own genre and collaborated with some of his colleagues in reggae and dancehall, highlighting that together we can also make great music.

Earlier this year Sean released Live N Livin, a collaborative celebration of his Jamaican heritage and dancehall roots in which Sean trades the mic with Buju Banton and Mavado. Dancehall can be stereotyped as a competitive, macho space where sound clashes are king, but Live N Livin is meant to emphasise what’s possible when unity is the goal. “We don’t need to divide our fans to attain the rotations on the airwaves or streams,” Sean says. “I hold this album very dear to my heart because it shows the effort of collaboration over confrontation.”

He’ll bring that spirit to the rest of his 2021 releases, too. Stay tuned for more from Sean Paul soon.

It’s rare for an artist to become the personification of their genre. For just a word or phrase from their mouth to conjure the entire art-form. Sean Paul is one of those artists. Let him say “shake dat ting” in his commanding voice, and you’ll hear the embodiment of dancehall. Across seven studio albums and counting, Sean Paul has taken the genre global, from its origin in clubs in Kingston, Jamaica to the top of the charts, packing some of the biggest venues in more than 120 countries. Only Sean has the distinction of being the first Jamaican to play shows in Kazakhstan and Madagascar.

The Grammy Award-winning, international superstar has ignited stages in over 120 other countries, performing for huge audiences in some of the biggest venues around the world. Sean Paul has earned several Grammy and Billboard Music Award nominations and is the recipient of an American Music Award, MOBO Awards, Soul Train Awards, MTV Music Awards, ASCAP Rhythm and Soul Music Awards, a Source Award and a BET Award. He is the only Jamaican artist to have won an American Music Award (2006) for Favourite Pop/Rock Male artist.