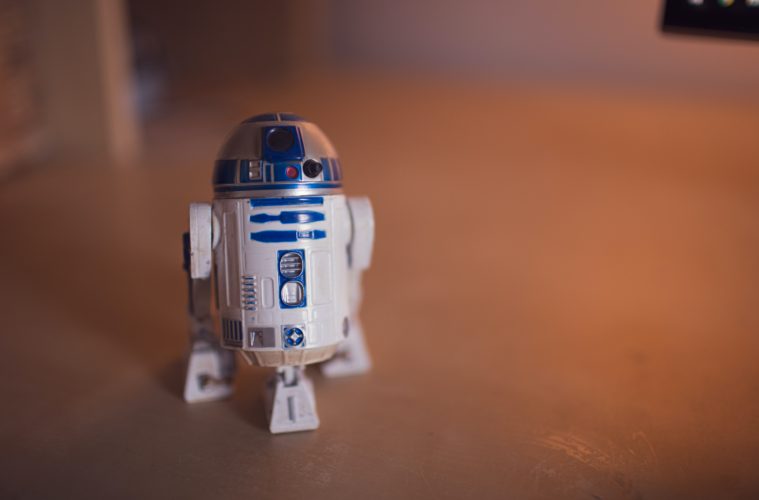 Star Wars Visions brings together the best of the best in Japanese animation studios for a collection of nine shorts.

Animation studios from across Japan and its anime industry have come together to deliver 9 different takes on the Star Wars universe. These nine shorts each offer a different story, animation style and characters. But do they live up to the rest of the Star Wars franchise and are they worthy of that title? To answer that question in full, I will be reviewing each of the nine shorts comprising Star Wars Visions, starting with:

Clearly inspired by Akira Kurosawa and black-and-white samurai movies of old, The Duel is a short and simple tale. It follows a solitary lightsaber-wielding Ronin as he defends a small village from an Imperial threat. As one of the stronger shorts of the bunch, I greatly enjoyed what The Duel brought to Star Wars. By combining old Japanese samurai movie tropes with the sci-fi fantasy of Star Wars makes an excellent combination. The storytelling is far more subtle here than any of the others. Much is left to the imagination and makes it all the more intriguing. My only downside is that I wish it was longer. But sometimes, less really is more.

One of the more light-hearted and childish shorts of the bunch, Tatooine Rhapsody is… interesting. Don’t get me wrong, the animation is charming, however it’s a sharp left turn from The Duel. Taking on more of a ‘Saturday morning cartoon’ persona than anything else. Tatooine Rhapsody follows a rock band who tries to win one of their members back from Jabba The Hutt after they are captured. What follows is some surprisingly solid rock tunes against a familiar Star Wars backdrop. However, I never really felt attached to the story or characters and mostly just enjoyed the music with this one.

One of the more bombastic and colourful shorts of the bunch, The Twins is spear-headed by the popular Studio Trigger. Behind smash hit anime like Gurren Lagann and Kill-La-Kill, The Twins delivers exactly the same explosive actions fans of them have come to expect. Following twin siblings born into the dark side, the entire short is essentially one giant sibling rivalry fight. It is glorious to witness, with its fast paced action and gorgeous colourful visuals. However, my only gripe is that it felt more like part of a bigger story than a standalone one. While there’s nothing wrong with that, I can’t help but feel like there could have been more to it than what was shown. Nevertheless, The Twins is a rip-roaring ride and one of the strongest of the lot.

This is one of the more interesting shorts in Star Wars Visions. It takes on more grounded approaches of spirituality, tradition, oppression and arranged marriages. While this isn’t as action-packed as some of the other entries on here, I appreciated its subtlety. Much like The Duel, it takes a ‘less is more’ approach that works in its favour ultimately. While it wasn’t as strong overall as some of the others, I did enjoy the perspective it brings to the universe. It’s easy to forget this one is even set in the Star Wars universe, but the end payoff works for it. Not as strong as some of the others, but still worthwhile.

By far my favourite short in Star Wars Visions. The Ninth Jedi provides some of the best storytelling and fight choreography the franchise has to offer. Without spoiling much, The Ninth Jedi follows a group of jedi who form on a base on the Outer Rim to reform the splintered Jedi Order. What follows are twists, turns and a heap of action that make up an incredibly strong Star Wars adventure. By the end of this one, I was desperate for it to become a full series as I really wanted to see where the characters could go next.

By far the weakest of the bunch, T0-B1 is all style and no substance. It takes on a very cutesy style, reminiscent of the more cartoonish anime like Astro Boy. The overarching story itself follows a boy android who dreams of becoming a Jedi Knight. The animation itself is nice to look at, with its cartoonish style translating surprisingly well into the climactic fight scene. However, the story’s pacing is off. It was hard for me to get invested since you don’t really get any breathing room with the characters. It’s go go go until the end, which unfortunately ends up knocking it down to my lowest spot on the ranking.

Much like The Duel, The Elder takes a feudal Japan look on Star Wars, with hardened Samurai and an abundance of flute music. However, The Elder isn’t quite as strong as The Duel. It’s story is more straightforward, following a Jedi Master and his Padawan as they face off against an elder Sith. The music is a strong point in this one, with flutes being used to full effect. This is in order to emulate that classic ‘Samurai movie’ feel, and it does it quite well. However, the animation isn’t as strong here, lacking the distinct visual identity that The Duel had. Instead, a rather simple, yet effective story is on display here. Still great, and fun to watch, but doesn’t quite hit The Duel’s highs.

My second favourite of the Star Wars Visions collection, Lop and Ochō is a brilliant, gorgeous look at the meaning of family. Be sure to watch this one on the biggest screen you have, as Lop and Ochō has by far the most beautiful visuals of the collection. The basic story follows a family struggling to grapple with the fact that the empire has encroached upon their planet. What follows is a compelling, albeit abridged look at that conflict. I say abridged because Lop and Ochō comes SO close to matching or topping The Ninth Jedi for me. However, Lop and Ochō left me wanting more in the wrong way. The story feels a little too abridged and could have used some context here or there, as well as a longer runtime. However, much like The Ninth Jedi, it left me desperately wanting a series of this someday.

The final short of Star Wars Visions is Akakiri. It’s difficult to talk about the story of this one without outright spoiling it, but I will say that I was very happy with where this ended up. It touches on a plot point that isn’t seen enough in Star Wars outside of the ‘Legends’ side stories. That being said, I did enjoy this one by the end. The animation is by far the weakest. While it’s fine on its own, its placement right after Lop and Ochō makes it inferior by direct comparison. The music is nothing less than intoxicating in this one also. Heavy usage of bongo drums make it a treat for the ears, while the animation is less so for the eyes. Overall this short was solid, however I don’t think it was right to end the collection on this one.

Overall, I really enjoyed my time with Star Wars Visions and I believe it to be exemplary of just how much creative freedom this universe allows. For better or worse, each short in this collection offers a new perspective separate from the main series that audiences have come to love. While it falls short in one or two of the nine we’re treated to here, they’re all worth watching for the fresh takes they each bring to Star Wars. My only real gripe in the end is the precise order they chose. I feel that the collection could have been stronger if they saved the best, The Ninth Jedi, or second best for last with Lop and Ochō. All in all, each of these studios should be very proud of what they’ve accomplished here and I look forward to Disney and Lucasfilm experimenting more with Star Wars in the future.

Star Wars Visions is available to watch NOW on Disney+

Star Wars Visions - Review
Each short offers a fresh, intriguing take on the Star Wars universe.It's fun seeing which Star Wars tropes and creatures they use.Each short has a different take on the lightsabers also, all of which are amazing.The music is consistently compelling throughout.The English voice cast does not disappoint and all fit the characters perfectly.
Tatooine Rhapsody and T0-B1 let the collection down.The default order of the shorts is disjointed.
90%Despite two shorts not quite living up, Star Wars Visions is an incredible collection of takes on the universe we love.
Reader Rating 0 Votes
0%