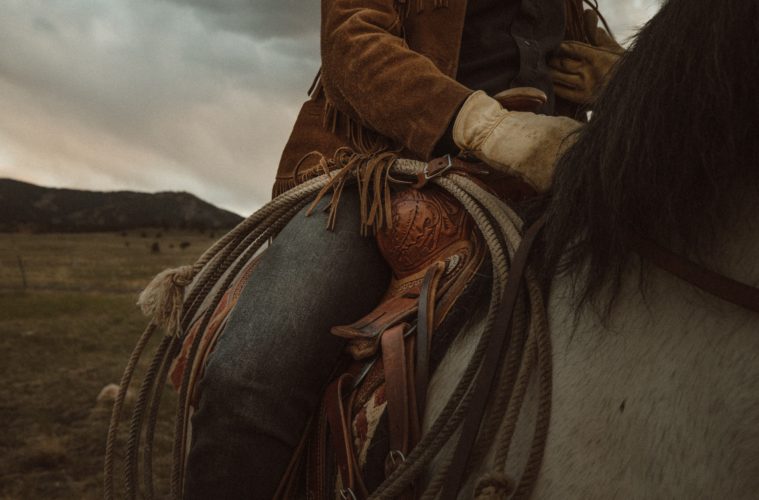 The Harder They Fall – Movie Review

The genre of westerns are often played out and copied nowadays. It’s a genre that’s hard to find originality in anymore. There are only so many cowboys and outlaws tales you can tell before they become stale.

I am therefore happy to report that The Harder They Fall is not lacking in originality.

Directed by Jeymes Samuel and featuring an all-star cast, with Jonathan Majors, Idris Elba and Regina King being the standouts. The Harder They Fall is a western for modern audiences. One that’s certainly not lacking in style and explosive action at that. I went in expecting to have a good, fun time, but left having had a great time, with one of the greatest westerns from the past decade.

Here is my movie review for The Harder They Fall:

The film is billed as a ‘revisionist western’; it uses real historical people, but places them in a new fictional scenario. It’s one that uses anachronisms (things from after the current time period), such as the film’s soundtrack. The most notable aspect of the film and the hype surrounding it however, is its all-black cast. This is of course done from the standpoint of historical accuracy, as Samuel felt that too many westerns pave over people of colour in their retellings of history. As Jeymes Samuel himself puts it: “[…] If you remove women and people of color from the storylines of the Old West, you don’t necessarily have the Old West at all. You pretty much have a lie.”

This level of raw truth really resonates throughout the film, as it doesn’t shy away from the far uglier side of humanity, especially in 1800s Wild West America. They could have phoned it in and done a traditional western ‘good outlaws vs bad outlaws’ story. However, this level of nuance really makes The Harder They Fall stand out. It doesn’t shy away from the hard-hitting realities black people faced in times of the ‘Wild West’. It delivers all of this, all while providing a deeply-effective narrative about how far one person can go for revenge, and what it costs them.

The Harder They Fall follows outlaw Nat Love (played by Jonathan Majors), on a relentless hunt for Rufus Buck. Buck, played by Idris Elba, is a cold-blooded, calculating killer who murdered Nat’s parents and left him for dead at 10 years old. Now, with the memory of his dark past, Nat sets off with his gang in pursuit of him. What follows is a stylish, bloody skirmish between the two outlaws in the pursuit of healing old wounds.

Should You Watch The Harder They Fall?

Whether you’re a fan of westerns or not, I strongly believe that there is more than enough here for everyone. The stylish, fast-paced editing with quick and bloody action scenes gives this movie a high entertainment value. However, the deep-seated revenge story and compelling characters gives the movie its heart and soul. One that’s tough to resist. Generally, movies like this fall apart by the third act, however that’s not at all the case here. If anything, I would say the rest of the movie is just padding to lead into the incredibly strong third act. Without spoilers, the story’s peaks during the third act are what take it from a fun, entertaining ride to a deep, resonant tale of caution.

The Harder They Fall is a fantastic journey, and one that I’ll be happy to take again over and over. For a directorial debut, Jeymes Samuel really hit it out of the park here. It’s not easy to balance fun and adventure with such raw themes, messages and modern day parallels but he pulls it off here.

The Harder They Fall is a strong recommendation, and is available now on Netflix.

The Harder They Fall - Movie Review
Incredible performances by Jonathan Majors, Idris Elba and Regina King.Deeply emotional revenge story avoids being cliché.The soundtrack does not disappoint.The action is explosive, entertaining and easy to follow.Manages to weave culturally significant messages and themes seamlessly. So many excellent characters.
Runtime could have been shorter without cutting anything significant.
95%An incredibly entertaining western that is elevated by its performances, story and themes.
Reader Rating 0 Votes
0%