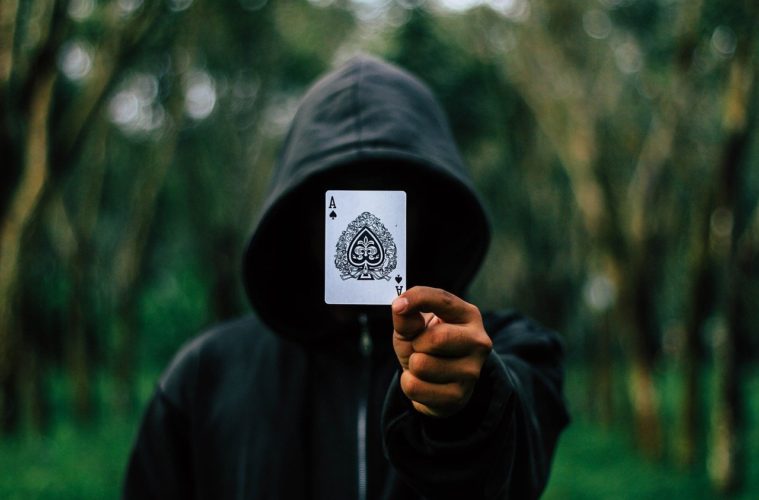 How to Improve Your Poker Bluffs

“Poker face” is a universal term – and a hit song – for a reason: it’s hard to master. Bluffing in poker is a difficult feat and usually key to winning your pot. Most books and videos will focus on how to play your good hands well, but if you’ve been dealt a bad hand, the best way to win is to bluff your opponent out of the pot.

Bluffing becomes a vital part of the game when either, you are only betting when you have a good hand, making it easy for your opponents to play against you, or you have an opponent who is bluffing aggressively. A lighter bluff will cause them to put more money into the pot or flop.

If you’ve ever tried to tell your mummy you didn’t go outside despite being covered in mud, then you’ll know the pressure and where to start in masking your tells.

Online poker sites often eliminate the element of bluffing, since if you’re not at a live table it’s redundant. But if you want to enter the arena of in-person or live table games, you’ll have to learn to bluff to succeed.

Read on to find out the best ways to bluff and see if you can improve your game.

This is the easiest way to start bluffing in poker. Just start stealing blinds more often. Unlike popular assumption, you don’t need to have a really good hand to steal blinds, you just have to have the right type of players in the blinds, whether they be tight or weak.

For example, if it’s folded to you on the button and you end up with a hand like an eight of hearts and a five of hearts, or a king and four of spades, keep an eye on your players. If you see two tight players who won’t often fight back in the small and big blinds, don’t fold. Raise it up.

This will often cause you to win an easy pot and will add value to your long-term poker winnings too.

Keep practicing and soon you’ll not just be watching the GGPoker WSOP, you’ll be playing in it alongside the seasoned pros.

Another option is to re-raise before the flop more often. If you have some hands that aren’t getting you overjoyed you can re-raise against tight players who don’t fight back often, creating a light 3-bet.

But you’ll want to do it when your target player raises in late position, or rather, when they raise around the button or in situations of blind vs blind.

If you want to take it to the next level, or if you suspect another player is re-raising you light before the flop, you can re-raise them right back. Small, suited aces are best for this because they will have some equity against a big pair even if you get called. Aces and threes will beat queens a third of the time, for example, but being suited, they can also make the nut flush or a wheel straight.

The final easiest way to bluff is to follow up your pre-flop raise with a bet on the flop. If you’re playing Texas Hold’em you don’t have to have connected with the flop to make a continuation bet because most of the time your opponent won’t have anything. You can only flop a pair 1 in 3 times after all.

If you find yourself with an ace high in your hand on the flop, and it’s checked to you, you can go ahead and make that continuation bet bluff, safe in the knowledge that they will probably just fold.