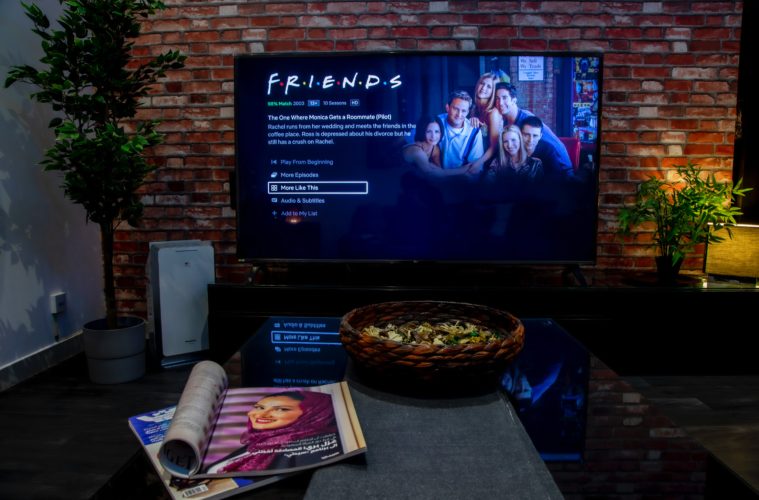 What are the Best Sitcoms on Netflix?

Sometimes you just need a laugh. If you have Netflix, there’s no better solution than sitcoms. But, what are the best sitcoms on Netflix?

Since comedy is subjective, what’s funny to one person may not be funny to another. The answer can of course vary massively. However, I hope to provide you with a varied selection of picks for you to try out. Who knows, you may find yourself a new favourite. Friends and Modern Family are by far the most popular and most watched sitcoms on Netflix. Especially in the UK. However, I feel that there are several other great sitcoms that people may be missing out on. With that, here are my picks for the best sitcoms on Netflix:

The Fresh Prince of Bel-Air

This classic 90s sitcom is best known for its infectiously catchy theme song. However, it is also known for kickstarting the career of much-beloved movie icon Will Smith. Playing as a fictionalised version of himself, Will goes to stay with his wealthy aunt and uncle in Bel-Air. Since Bel-Air is an elite Los Angeles neighbourhood for the rich and famous, Will feels out of his depth. Now, Will must navigate his newfound upper-class lifestyle after spending much of his life in a lower-class neighbourhood. What follows are hilarious antics sprinkled with resonant and heavy social commentary. As my personal favourite sitcom of all time, I can definitely speak to Fresh Prince’s entertainment factor. However, it’s the heavier themes, topics and episodes that really bring the show together. Well worth a watch.

By far the longest-running sitcom of all time is It’s Always Sunny in Philadelphia. The show follows a group of friends who run a ‘dive bar’ in Philadelphia. Struggling to keep the business afloat at times, they employ shady tactics and cruel tricks to get more customers. While this show is endlessly entertaining and funny, it’s certainly not for the faint of heart. The characters are a cruel and spiteful bunch and their antics always go too far. However, the purpose is that you’re supposed to be laughing at them, not with them. It’s hard to like these characters and their borderline-criminal antics always come back to bite them. That’s part of the appeal of the show though. If you can withstand ‘cringe comedy’ and can laugh at uncomfortable situations, you’ll be rewarded with a consistently excellent show.

As the opening credits explain, Arrested Development is about a family who’s wealthy real estate mogul patriarch is jailed for corruption. What follows is the family trying to pick up the pieces of their lives, with the eldest son keeping them all together. Despite the premise, you don’t need to have any business sense or knowledge to enjoy this show. It’s an expertly well-written comedy with laugh-a-minute jokes that somehow all land. In my mind, it is a true classic of television. If you like to see rich egotists fail spectacularly, and are looking for a good laugh, Arrested Development has you covered.

When it comes to the best sitcoms on Netflix, the answer you will hear the most is The Office. Not the Ricky Gervais one, but the American remake. Usually, overseas remakes of popular shows can prove disastrous. However, to me and a lot of people, the US Office remake has far surpassed its original. That in itself is a rare feat to achieve. Much of it is helped by the career-defining performance by Steve Carell as bumbling boss Michael Scott, who runs the paper company Dunder Mifflin. Again, if you can withstand occasional cringe comedy and want a good and easy laugh, The Office has you covered.