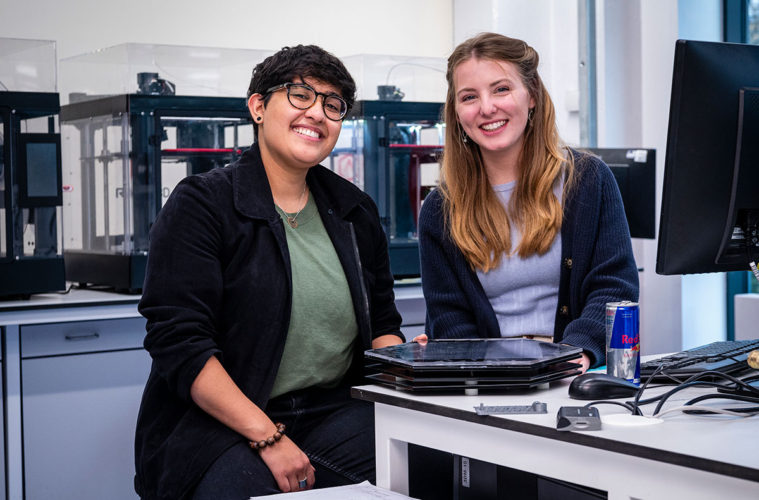 Out of more than 4,000 entries, two Loughborough University students have secured a place in the Global Final of the student innovation competition, with a sustainable lighting concept that harnesses the power of footsteps to make the UK’s cities and streets safer

London, November 30th, 2021 – An incredible new tech-for-good concept that uses unobtrusive and sustainable lighting to light up our cities and making them safer has wowed judges at the UK stage of Red Bull Basement, the global student innovation competition, securing its place as one of 44 Global Finalists. The concept, called Starry Light Tiles, was created by Teiba Ahmed and Amy Dring, two Product Design Engineering Undergraduates at Loughborough University. 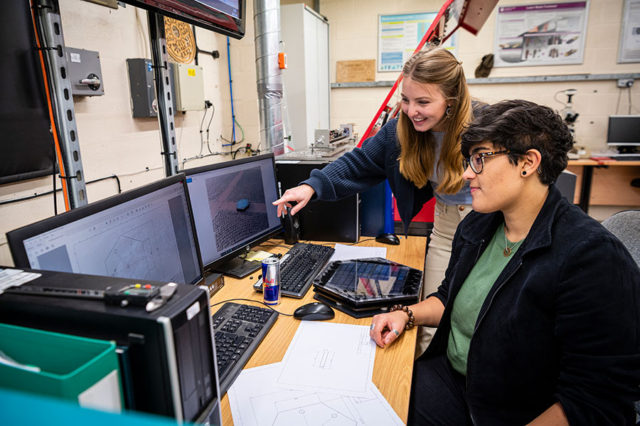 The idea was sparked by a  London-based Women’s group, which highlighted the importance of good lighting in making women feel safer at night, as well as their shocking scarcity across the capital.

While more lights might be the immediately obvious answer, it’s previously not been quite that simple to fix, where issues such as light pollution, environmental concerns and costs mean that plenty of parks, streets and pathways across many of the UK’s biggest cities aren’t as safe as they could be. In fact, the pair revealed that the upkeep of London’s lighting costs a staggering £168 million pounds and consumes 2.5TWh per year.

To avoid many of these challenges, the two Loughborough University students created an ingenious self-sufficient, energy-efficient and cost-effective light ‘tile’ concept. Energy harvesting technology, a combination of triboelectric, solar and kinetic energy, powers the light source by stepping on them, which can be stored throughout the day to light the way at night. 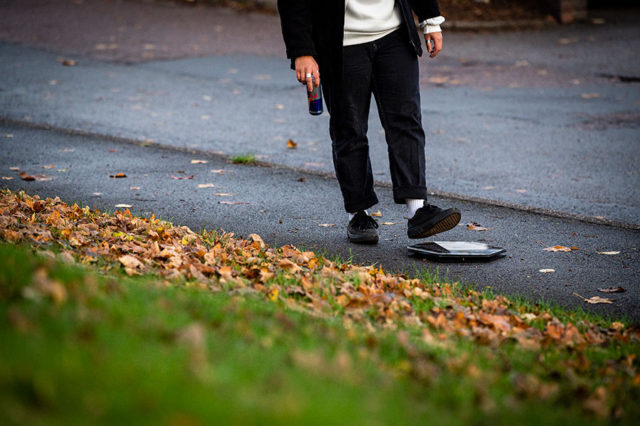 The idea was put forward for Red Bull Basement, the annual global competition for student inventors and creators to showcase and develop their best and brightest ideas. A panel of judges carefully considered the criteria of feasibility, creativity and impact, as well as public “shout-outs”, in choosing Starry Light Tiles as the best of the best to represent the nation. Having been named the UK Winner, the duo will join 43 finalists from across the world in a Global Final.

Amy Dring talked about the competition and their concept, saying: “We are both really passionate about coming up with sustainable tech solutions to real social problems, and Red Bull Basement linked so well with what we wanted to create.

“It’s been incredible going through the design process and further developing our idea with real creative freedom. We can’t quite believe we’ll be representing the UK, but we’re so excited for the opportunity, and the chance to learn, network  and develop our ideas on a truly global scale at the Final in Istanbul.”

Ahead of the Global Final from December 12th, the finalist teams will continue to  refine their ideas in a Development phase, with the pair working on proof of concepts and a functioning prototype. They will also have exclusive access to Red Bull resources including mentorship programs and a global network of entrepreneurs, visionaries, disruptors and thought leaders from around the world.

At last year’s final, two students from the UK wowed the jury with their environmentally friendly, compact washing machine, winning top honours for best idea. This year’s Red Bull Basement winners will be crowned in Istanbul, Turkey, where teams will have the chance to forge business relationships and networking connections with access to some of the world’s most visionary thought leaders and will pitch their idea to a global judging panel.

Keep up with Red Bull Basement online to get the latest news on the Global Final and find inspiration from student innovators and leading global visionaries.