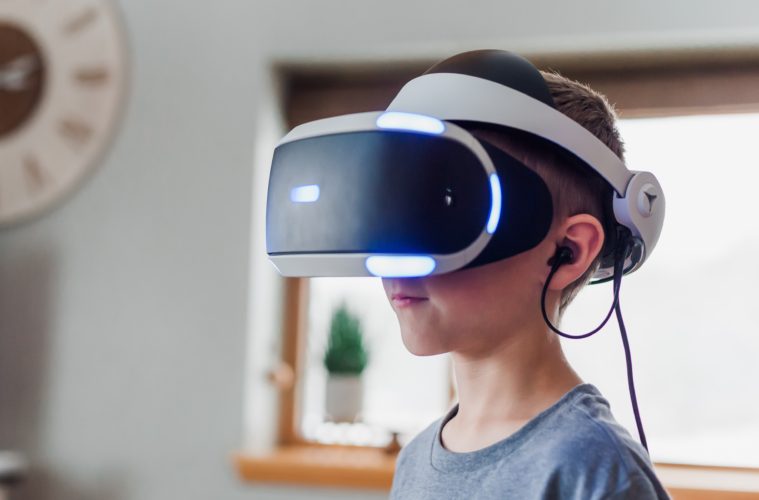 What is the Best Virtual Reality Headset?

VR, or ‘Virtual Reality’ is gaming’s newest cutting-edge innovation. But with so many headsets to choose from, who’s to know which is best?

Well thankfully, we are here to help you narrow down your options. Sometimes, to get some of the best VR experiences, you’ll need a powerful-enough PC. However, thanks to advances in the technology, that won’t be the case for much longer. Nowadays, for much more reasonable prices, almost anyone can experience and fall in love with VR for themselves. From cheap to expensive, and from standalone to tethered, here’s my list for the best Virtual Reality headset money can buy:

Starting off with a strong contender, we have the PlayStation VR. Launched in 2016, the PSVR can be hooked up to your PS4 or PS5 for a solid virtual reality experience. What makes this entry one of the most popular is its accessibility. Since most gamers across the world already own a PS4, shelling out a few hundred extra for VR was a no-brainer. Despite being billed as entry-level virtual reality, PSVR still remains as one of the best to this day. Much of that praise is attributed to its catalogue of games specifically. Where PSVR shines after all, is in its exclusives. From full body experiences to immersive platformers, there’s so much variety to be found in its game library.

If you already own a PS4 and are looking for a cheap, yet immersive virtual reality experience, it’s a winner!

By far the most popular virtual reality device, second only to PSVR, is the Oculus Quest 2. It takes the entry-level accessibility that PSVR provided gamers with, and doubled-down on it. As it stands right now, Oculus Quest 2 is definitely the most sensible virtual reality headset option. Not only is it incredibly affordable, it’s also completely standalone and portable. Meaning that you don’t need to have any wires trailing behind you when you play; a common problem with VR. That being said, a short battery life and expensive accessories, costing almost half the system itself in total, hold it back from perfection, in my opinion.

However, for the most affordable, and most accessible virtual reality headset you can buy, get Oculus Quest 2.

Now, while Oculus Quest 2 may lead the charge in affordability and accessibility, in terms of power, there’s one competitor. If you really want to experience what the future of VR holds, the Valve Index is a clear winner. However, the future that it holds doesn’t come cheap. As the most expensive headset on the market, it’s much more niche than many other headsets you could buy. It truly does thrive on demonstrating how far we could go with virtual reality technology. Once the Valve Index is set up, your room will look like some futuristic chamber from a sci-fi film. However, it’s all in the benefit of being two or three generations ahead in gaming innovation.

Thus, if you want a virtual reality headset that stretches the limits on what is capable, Valve Index will achieve it.

With considerations to the enthusiasts out of the way, there are those who view VR more as a fad than anything else. Not to put anyone down for that, as it’s fair considering the technology is still very much in its infancy. However, if you view virtual reality as this, yet you’re still curious to experience what it’s like, Google Cardboard is a ridiculously cheap answer. It works with any touchscreen smartphone or smart device and functions in much the same way as the other headsets. Of course, it’s far far more limited in its scope, but as a kind of ‘demo’ to what virtual reality is, it’s a great way to be introduced.

If you’re a sceptic of virtual reality, with an open mind, consider giving Google Cardboard a chance!