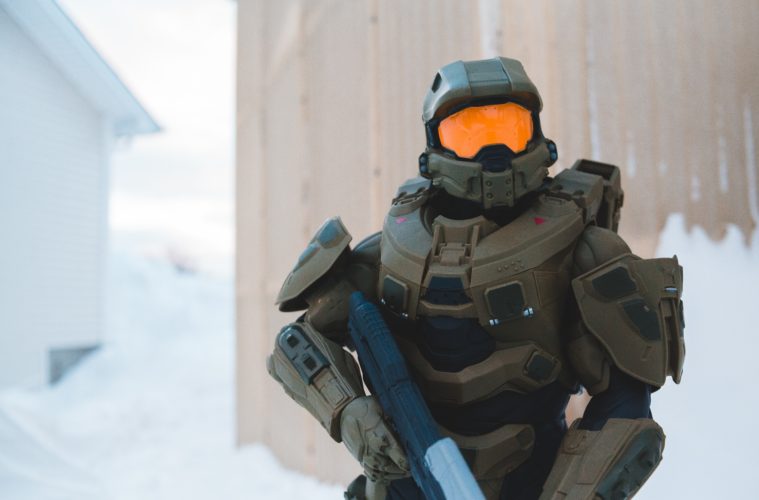 Halo Infinite and the Future of the Halo Series

Halo Infinite has finally launched! As the newest in the Halo series, it’s taking the franchise in bold directions. Introducing open world Halo…

But how did we get here? Well to give a brief rundown of the Halo series; it was originally developed by Bungie, starting in 2001. After roughly 10 years with it, the torch was then passed to 343 Industries in 2012. From there they not only expanded on the franchise from a gameplay perspective, but story also. Bringing brand new enemies, heroes and lore into a universe that was already rich and diverse. However, the results of this transition have up to now been mixed. Halo 5, 343’s prior entry was met with mixed reception, with many lambasting the story. But now, 343 Industries are reeling long-time and newer fans of the Halo series back in with their newest entry – Halo Infinite.

But how have they done it? And where are we going from here?

Halo Infinite’s bold new direction is thanks in part to 343 Industries taking the old with the new. I’m only five hours into the campaign myself and can already tell this is a prestige Halo experience. That is because 343 has taken the best parts of all prior Halos and bundled them up in one neat open-world package. The result is something truly spectacular – a Halo that manages to both pay homage to where the series came from, while giving fans something brand new. The open world design may feel typical to some, however that distinct Halo flavour keeps it from becoming too stale.

For the players who are better suited to charging between missions like Halos of old, they are welcome here. Players who prefer a slower pace and to take in the scenery around them are welcome too. No-one feels exempt from this experience. After a rocky reveal last year, Halo Infinite has come a long way, and its clear the extra time to cook benefitted it greatly. The art direction is strong, with some great character and enemy designs. The open world environment feels fresh, while still paying great homage to the original trilogy. Most importantly though, the gameplay feels authentic to Halo.

I’m only 5 hours into the main campaign myself, and can already tell this is an excellent foundation for the series to come. Nothing is held back here. It’s a veritable Halo playground. It all feels very fitting that on the 20th anniversary on the series, we’re treated to a new entry that feels like such a genuine tribute of what’s come before. Yet, still with some exciting new additions like the grappling hook, which is sure to become a staple of the series moving forward.

But what’s next after this?

The Future of the Halo Series

After Halo Infinite and it’s widespread critical and commercial acclaim, it’s clear to everyone that open world Halo is the way forward. But what does this mean? Will each new instalment have its own open world? Well, yes and no. Yes, they will have their own open world, but there won’t be any ‘new instalments’ for quite some time. That’s because, moving forward, Halo Infinite will be a ‘platform’ rather than a standalone game. It’s slightly confusing wording, but the potential results of it are promising.

Essentially, Halo Infinite will be the last standalone game in the series for 10 years. At least, that’s what 343 are claiming for now. This means that any new story campaigns and missions will be arriving as add-on expansions to Halo Infinite, rather than new numbered entries. This may be disappointing for some, but for others like myself, this is a perfect scenario. As I’ve already touched on, the gameplay feels authentically Halo, with some neat new features like the grappling hook. Being able to take this perfect gameplay foundation and simply add to it over time with new content, is a recipe for great success.

This can also mean that they don’t need to start from square one with a new entry anymore. Since each new Halo has to be bigger and braver than the last, they no longer need to feel that pressure from fans. The gameplay foundation Infinite establishes is solid enough that simply adding new storylines is enough to keep fans coming back. Whether they ‘come back’ for 10 years remains to be seen, but that kind of surefire plan shows how confident they are in themselves. It’s a confidence that 343 has yet to show, and it’s refreshing to see them coming out of their shell now.

Halo Infinite is out now on Xbox consoles, and PC.