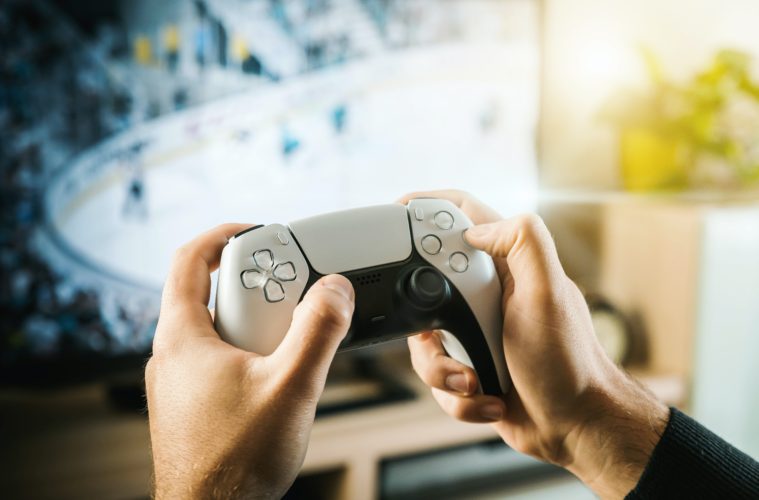 The Most Anticipated Games of 2022

2021, despite everything else, has been a great year for games. But now it has come time to look ahead to the most anticipated games of 2022.

With the recent Game Awards 2021, it was cause to celebrate some of the most impressive games in recent memory. Everything from the constantly-inventive It Takes Two taking home game of the year, to Halo Infinite winning player’s choice. However, it was also cause to look ahead to next year at the truly spectacular games on the horizon. From bold new entries in beloved franchises, to brand new worlds and stories to dive into; here are the most anticipated games of 2022:

Elden Ring | Most Anticipated Games of 2022

Kicking off the year in a big way is FromSoftware’s Elden Ring. As the developers of the hugely-popular Dark Souls series, Elden Ring takes long-time fans on a new adventure. An adventure that is being penned by none other than George R.R. Martin, creator of Game of Thrones. This highly unusual, yet strangely fitting collaboration will surely combine hard-as-nails gameplay with a rich tapestry of fantastical creatures and worlds. If the above gameplay reveal trailer is anything to go by, that certainly seems to be the package deal here.

For the first time in their studio’s history, FromSoftware are taking their popular gameplay template and bringing it to an open world environment. This allows them to flex their creative muscles like never before and truly showcase their next evolution of gameplay. Be prepared to face copious amounts of trial and error, combined with adventure and exploration like never before.

The sequel to one of PlayStation’s biggest hits and biggest sellers of all time is almost here! Horizon Forbidden West takes lead character Aloy across the broken remains of the USA searching for answers. Expect more of the flashy bow-and-arrow combat fans have come to love, combined with heaps of robot dinosaurs to battle. Seeing this gameplay demo really showcases how far we’ve come graphically. Comparing Horizon 1 and 2 makes it clear how many leaps and bounds ahead of the curve the second one is.

If you’re planning to invest in a PS5 this year, make sure to give Horizon Forbidden West a shot. Its gorgeous vistas and constantly-exciting gameplay CANNOT be missed.

God of War: Ragnarok | Most Anticipated Games of 2022

Third, and perhaps most anticipated of all on the list, is God of War: Ragnarok. As a sequel to the critically-acclaimed and highly-beloved God of War 2018, it has A LOT to live up to. As a pseudo-reboot of a PlayStation franchise not often praised for its story, God of War 2018 took it to the next level. In the process, it delivered a ground-breaking, ambitious narrative that breathed new life into the once-dormant franchise. Now, Santa Monica Studios is returning for the much-hyped sequel, Ragnarok.

Not much is known about this new adventure other than it being set a few years after the first game. Characters have aged up and moved on from their previous encounters. However, the hunger for closure and revenge still lingers. Expect new characters, locales and combat moves for this entry.

God of War: Ragnarok releases on

Starfield | Most Anticipated Games of 2022

Last but not least is the mysterious Starfield. Having previously covered it before, the hype around Starfield is well-known at this point. Revealed last E3, Starfield is Bethesda Game Studios’ newest world and endeavour. Set in a brand new original sci-fi universe full of robots, spaceships and aliens to encounter. The exact nature of the world and its stories is something they’re still holding back. However, judging by their track record, it’s safe to say that it will be a deeply engaging, immersive experience.

One particular change this time round however, is exclusivity. Unlike their last releases, Starfield won’t be launching on PlayStation consoles. That’s because Xbox now proudly owns the company. While that may be a disappointment to some, the release date of November 11th 2022 leaves you plenty of time. Xboxs and PCs will hopefully be cheaper by then, so you won’t have to worry about fear of missing out.

Starfield releases on November 11th 2022 for Xbox One, Xbox Series S/X and PC.

What are your most anticipated games of 2022? Let us know below!