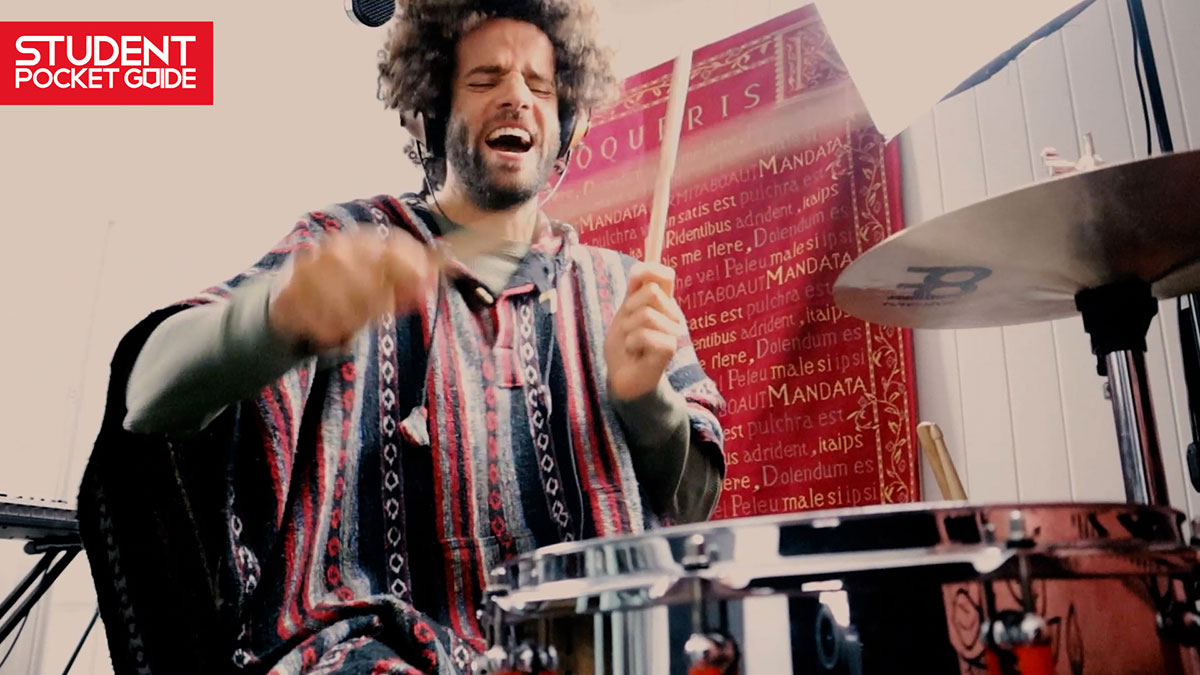 Youngr is the one-man-band bringing you upbeat “forget your problems, dance like a lunatic, good vibe music”. Not only were we fortunate enough to catch up with the man of many talents, but he also performed an exclusive Oasis mashup for SPG! Read on to find out more about the interesting personality behind the undeniable talent…

Hey Dario, thank you for your time, I’m excited to hear what you have to say! May we start the conversation by you telling us about your musical background? How and when did you realise music was a talent of yours?

Hey man! Thanks for having me! My pops is a musician, so he’s been gigging and touring and releasing music all his life, and still is! So, it’s just been around me since I can remember! I guess I realised I had some kind of talent when I played the piano to Coldplay’s ‘Clocks’ at my Junior school music competition and had wayyyyy more attention from girls after it! Ha.

For those that might not have heard of Youngr, how would you describe your style and sound?

I guess you could say it’s upbeat/positive/forget your problems/dance like a lunatic/good vibe all day kinda music. I’d say that sums it up!

My middle name is Younger! I guess my dad thought it was a good idea!

I remember contacting you the week you signed a major record deal some years ago! How’s things going on that front and how did it feel going through that transition of being an independent artist to being “signed”?

Ah no way! Love that. Erm, it was pretty mad to be honest! Big shift in how your operation works. Very easy to lose perspective / lose sight of what the hell you’re doing etc! But it’s loads of fun! I wouldn’t change a thing. 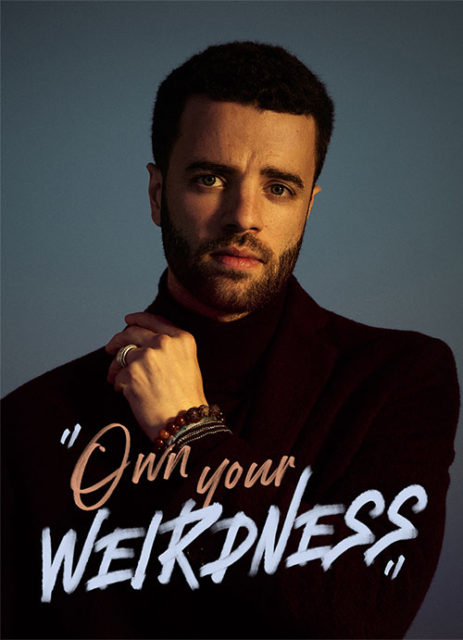 You’ve admitted in the past that you didn’t “fit in” as a kid. It’s certainly clear to see that your musical style is very unique. I don’t want to take the conversation away from music for too long, but as a successful and talented musician, what advice might you give to someone who feels like they don’t “fit in” but hasn’t yet found their path?

Man, not fitting in sucks… at the time… then you get older and realise it’s awesome! Ha. All the weird quirky things about you will become your most loved traits when you’re older. I mean, fitting in is also awesome, but those guys and gals don’t need any pick me ups, they seem to have it under control! But yeah, I would say, own your weirdness. If someone tells you you’re crazy, thank them, then try and be crazier!

In terms of music production, do you prefer making specific releases, or performing unique live sets?

Ah I love them both for very different reasons. I’ve always loved playing, so getting the chance to rip apart a song and reimagine it live and how it’s going to mix into the next song is a real joy. But also, the art of writing a song from scratch is just totally magical and I have no idea how it happens. It’s still a wonderful mystery to me!

I’ve been listening to your Bootleg Mixtape Vol. 01 (Live) – it’s incredible, I love the entire 48 minutes! I was especially pleased to hear your amazing version of Flowers which brought back some nice memories of when I was younger. How much planning goes into your sets from the song selection to the actual performance?

Wahayyyy thanks dude! Yeah, Flowers is a straight up banger. Well, that bunch of songs was selected from my record label Armada’s back catalogue, so the choices were a little easier to make. But sometimes when I’m jamming my tunes live, I just hear an awesome vocal that could go over it and it makes wicked little live moments. (For example, when I play my tune ‘Obsession’ the vocal from Robin S – “Show Me Love” goes perfectly over the 2nd drop! Always goes off live!)

I know it’s one of your older performances, but I must dedicate some time to your Sweet Disposition (Youngr Bootleg) – Live at Morning Gloryville video. I’m not exaggerating when I say I think it’s the best performance I’ve seen, and of a song I love so much – it’s just incredible, 11/10! What tops this off isn’t just the sound, the brilliance of the performance, the energy, crowd, but it’s also your passion which is clear to see. It’s amazing to see you doing something you are clearly so good at and enjoy so much, I literally have goose bumps – thank you for producing such a masterpiece. Was the release of this video a pivotal moment in your career?

Thanks again bro! Yeah, that event was a huge turning point for me… and I had no idea either. We asked a friend to come down to film some live footage (which was a huge ask as it was at 6am in East London!)… We were all a bit knackered and confused and overwhelmed at the whole event (usually they just have DJs… but I turned up with my whole rig, and it was probably only the 4th or 5th time I’d ever played live… so it was very daunting). It turned out to be an amazing morning with thankfully no technical difficulties…  and yeah, totally changed my life.

Did you get any feedback from Temper trap, and if so, what was their response to your version of Sweet Disposition?

Yeahhh I remember they shared it on their Facebook page and just said “This guy is trying to put us out of a job”! Ha. So awesome.

What has been your personal favourite performance of all time?

One of my personal faves was probably Vaiven festival in Mexico. It was just epic. Packed crowd, they all knew the words, energy was incredible. (The opening of the video for my Turn Around bootleg is filmed there). Mexico is just an amazing place… The people, the weather, the food, the drinks, the culture! I just love it.

I’m going to throw this out there. We’ve arranged two house party competitions in the past. The first was with Ed Sheeran, the second was with Gabrielle Aplin. I am wondering if we can arrange some kind of student party competition, obviously when it is safe to do so? I think that would be a memory of a lifetime!

Are you able to give us your top 3 career highlights, so far?

Find out more about Youngr here.