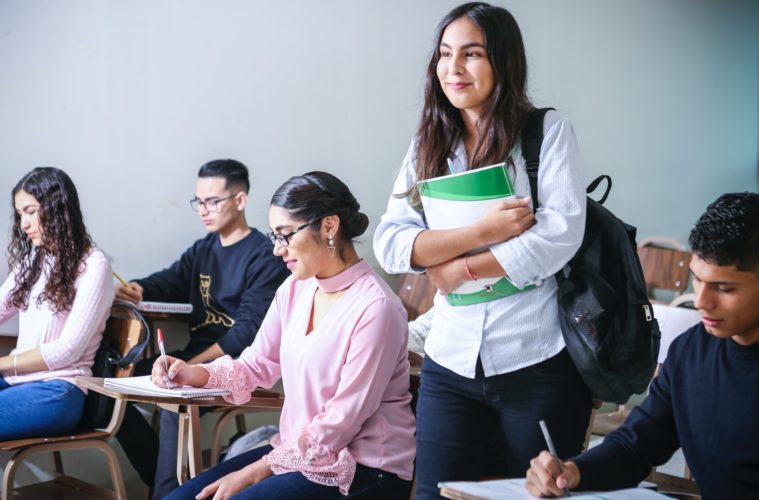 International schools around the world often seem to operate completely differently from their local counterparts. These schools make use of their own specialised curricula and pedagogical methods, frequently hire faculty from overseas, and tend to cater their services toward the local expatriate community or students looking to attend university abroad. The comparatively high admission fees when set against the costs of local or public schools can likewise work to lend international schools an air of mystery and exclusivity.

Due in part to their somewhat isolated position from local communities, international schools have become surrounded by no small number of myths and misconceptions. Because many of these beliefs have persisted in the popular imagination for a long time, verifying the amount of truth behind them can be challenging. Getting past false notions and finding accurate information on the realities of international education is essential, however, especially for families attempting to discern if attending an international school would benefit their children.

Whether you’re a parent in India prepping your child for university abroad or a Southeast-Asian expatriate looking into opportunities for American education Singapore residents recommend, it always helps to have an unclouded perspective. This article will explore and debunk some of the most commonly held misconceptions about international schools around the world today.

Luxurious Facilities Make Up the Bulk of Cost

Many people tend to believe that the relatively expensive fees most international schools levy can primarily be traced back to the construction and maintenance costs of high-end school facilities. While it’s certainly true that many international schools the world over can boast exemplary facilities—among them state-of-the-art swimming pools, athletic tracks, studios and auditoriums, and the like—most institutions will tell you that this is hardly the reason for the costs.

In many cases, the amount such schools invest in their facilities pales in comparison to how much they spend to hire experienced expatriate teachers. For many international schools, hiring and retaining the most qualified and capable staff is a major, if not the highest, priority. Schools have to shoulder teachers’ medical insurance, relocation costs, staff benefits, education fees for any children, and other financial needs. The bulk of these expenses is subsequently paid for by parents as part of tuition cost.

Students at International Schools All Come from Wealthy Families

The relatively high cost of international education in most countries gives rise, in turn, to the myth that the majority of students attending international schools are members of the social and economic elite. Preconceived notions about these students being “spoiled rich kids” abound in many circles, and related presumptions about a lack of rigour or the predominance of “party culture” in international schools frequently follow.

The truth, however, is that in recent years many international schools have been established at different price points all over the world. In Singapore, for example, the cost of international education can vary widely, ranging anywhere from around SGD 7,500 to upwards of SGD 50,000 per year at the upper secondary level. Many institutions also offer scholarships to local and foreign students alike, an opportunity that frequently goes under-utilised and even unnoticed by many.

In sum, it’s often the case that international schools will develop and extend financial aid opportunities for underprivileged students more frequently than is generally believed. Admitting students from various walks of life, in turn, makes for a more diverse school population than many people tend to imagine when thinking about international school communities.

Bullying Is a Major Problem

People also frequently assume that the large and multicultural student populations in international schools, coupled with erroneous popular assumptions about exclusivism and elitism among students, encourage bullying in international schools. In fact, most international schools around the world implement stringent zero bullying policies. These policies always come with concrete and well-defined measures for navigating bullying cases swiftly and consistently, with compassion for all involved.

In fact, student safety and well-being are often counted among the highest priorities of many international schools. These schools invest substantial amounts of time and resources in teaching their students emotional resilience, conflict resolution, and other essential social skills. They will also actively advise parents on how to recognize and intervene healthily in the event of bullying when necessary.

Some parents, especially those currently living away from their country of origin, may worry that an international education might lead their child to experience a sense of disconnection from their native culture. Expatriates from non-English speaking countries, in particular, are frequently concerned that going to an international school may diminish children’s grasp of their mother tongue.

The majority of international schools, however, recognise cultural diversity as a necessary part of global citizenship and thus take pride in the multiculturality of their student body. Most institutions will seek to reflect these values in their educational content and pedagogy to better form their students into well-rounded global citizens. Many schools, for instance, require their students to study a second language extensively in addition to English.

Expatriate parents and parents who have ambitions of sending their children abroad for university may want to seriously consider international education for their families. In these cases, it’s essential to weed out popular biases and erroneous beliefs in order to get a clear picture of what international schools are like and what benefits they have to offer. From there, you’ll be in a good position to decide whether an international school might be the best fit for your child after all.