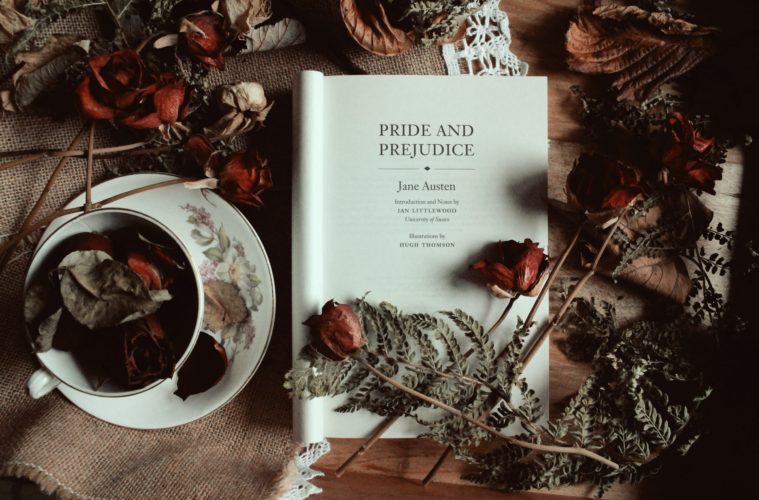 Pride And Prejudice Adaptations You Might Not Have Heard Of

Pride and Prejudice is a timeless classic that is loved by many.  It is no surprise, then, that it has inspired so many new stories.  Most people have probably heard of Bridget Jones’s Diary, for example, but there are many more films and series that have taken inspiration from Jane Austen’s masterpiece.  Here are a few I would recommend.

A YouTube web series, The Lizzie Bennet Diaries modernises the story of Pride and Prejudice and makes it more palatable for a modern audience whose lives revolve around the internet and technology. The story is told through a series of vlogs hosted by Elizabeth Bennet (Ashley Clement) and edited by her best friend Charlotte Lu (Julia Cho).  Lizzie is the primary storyteller, using costume theatre and improv to recreate meetings and conversations she’s had with the people in her life, but she has a variety of guests too, including her sisters Jane and Lydia, Mr Collins, Bing Lee, and more.  The series is made up of 100 episodes of around 5 minutes each, so you can binge-watch it or watch it every so often.

Pride and Prejudice and Zombies

Adding a post-apocalyptic element to Jane Austen’s classic tale, Pride and Prejudice and Zombies imagines how things would play out if a zombie apocalypse had interrupted things.  While the Bennet family’s financial situation is still not the best, the Bennet sisters are far from helpless.  Trained in Chinese martial arts the zombies pose very little threat to the sisters, their real challenge is presenting themselves well in society and finding a partner who will accept them for who they are.  Their usual routine of martial arts training and ballroom dancing is thrown out the window when Colonel Darcy and Mr Bingley come to town.

Death Comes to Pemberley is a continuation of Austen’s original novel, imagining what the characters from Pride and Prejudice would be like six years after the original events have taken place.  Elizabeth and Darcy are living happily together at Pemberley Manor and are preparing to throw a ball when disaster strikes.  Wickham who had planned to attend the ball despite not being invited ends up as the prime suspect of a murder investigation, if he is convicted Lydia will be left alone and the reputation of Pemberley will be ruined.  As tensions rise at the Manor, Elizabeth and Darcy must do everything they can to prove Wickham’s innocence.

Transporting Pride and Prejudice to India, Bride and Prejudice is a Bollywood film inspired by Jane Austen’s novel.  Mrs Bakshi is desperate to marry off her four daughters: Jaya, Lalita, Maya, and Lakhi, so when the wealthy single Balraj and his American friend Darcy come to India things start looking up.  However, a series of circumstances and misunderstandings complicate things and love and marriage only seems to get further and further away from them.

Lost in Austen follows Amanda Price, an ordinary girl from Hammersmith who goes into her bathroom one day to find that a portal has appeared leading to the world of her favourite book, Pride and Prejudice.  Not only that, but Elizabeth Bennet is standing in her shower!  Inadvertently swapping places with her favourite character, Amanda is thrown into the world of Pride and Prejudice, but things aren’t occurring as they do in the novel.  Resolved to get things back on track, Amanda tries to make sure everything happens as it should, but her meddling only seems to be making things worse!

I imagine that Jane Austen wouldn’t have expected that her work would be the basis for such a diverse range of stories, but I hope she would be intrigued by a zombie x period drama mashup.  Hopefully you are too, and if you liked these there are many more films, books, and tv shows that take Pride and Prejudice and try to do something new with the beloved story of Elizabeth Bennet and Mr Darcy.