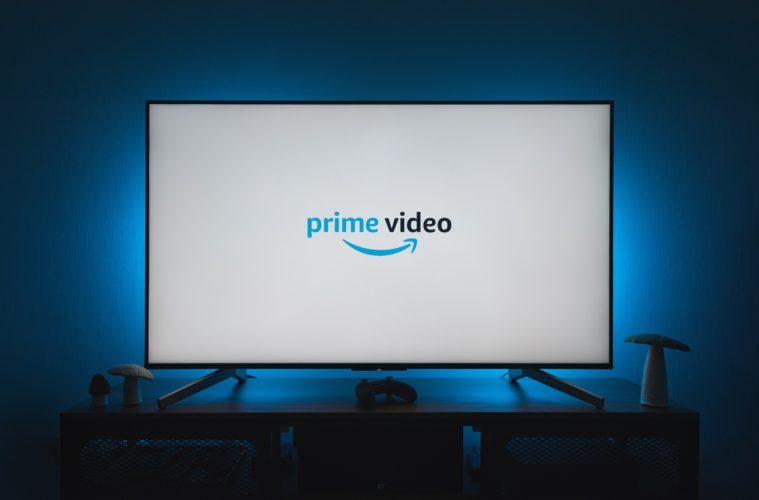 Kevin Can F**k Himself: TV Review

Kevin Can F**k Himself: An exploration of the sitcom genre, warts and all

Kevin Can F**k Himself is a dark comedy that splits its time between a classic sitcom set up and gritty crime drama.  It highlights the toxic and misogynistic nature of sitcoms, making the sitcom portion of the show uncomfortable to watch in the best way.  Rather than using the sitcom format to evoke nostalgia as other series have done in the past, Kevin Can F**k Himself uses it to expose the flaws and problematic elements of the sitcom genre.

It begins in typical sitcom fashion, with the titular character Kevin (Eric Peterson) and his mates playing an ill-advised game of beer-pong, laughing and joking.  The scene is brightly lit to create an overly cheery atmosphere and a laugh track accompanies almost every line of dialogue.  Then the real protagonist of the series, Kevin’s wife Allison (Annie Murphy), comes in.

Allison is your stereotypical sitcom wife whose life revolves around Kevin.  She comes in from the kitchen holding a laundry basket, clearly in the middle of her ‘wifely duties,’ and tries to talk to Kevin about their anniversary.  This is perceived as nagging and, as Kevin’s friend Neil (Alex Bonifer) puts it, acting like a ‘mom.’  The scene ends with Allison giving up and heading back into the kitchen, but not before Kevin asks her to get him another beer carelessly chucking the glass at her before she can even reply.

As soon as Allison retreats back into the kitchen the laugh track stops and the lighting changes from bright and cheerful to dimmer and more realistic.  Allison’s amiable demeanour also changes, and she closes her eyes as though to try and block everything out, shattering the glass on the table and cutting her hand.  She quickly calls out to let everyone know she’s alright, but no one cares or gives any sign of hearing her at all, it is as though she has ceased to exist.

Kevin Can F**k Himself explores the side of the sitcom wife that viewers don’t see, the part of her life that isn’t deemed interesting enough to share with audiences.  In Allison’s case, she is desperate to escape the life she has found herself in, to gain some autonomy and the confidence to be able to do what she wants to do rather than bend to Kevin’s every whim.  As such, the show gradually sees Allison start to rebel against her character’s archetype; for example she buys a lipstick she wouldn’t normally wear, a small thing that almost no one would notice.  The show does a good job in building this up demonstrating the ways in which she can change as well as the habits that have been ingrained into her personality and are harder to kick (such as being unable to not pick up litter when she sees it).

As Allison becomes bolder, she starts asking for what she really wants which is to use the money she and Kevin have saved to move to her dream house.  However, it turns out that Kevin squandered the money years ago in one of his typical sitcom antics, taking away any hope Allison had of starting her life over.  Here the show makes an interesting point about sitcom narratives, no matter what antics characters get into, there never seem to be any lasting consequences for their actions, with Allison’s neighbour Patti (Mary Hollis Inboden) emphasising that Kevin’s behaviour seemed ‘innocent at the time,’ but now the costs to the people around them are finally being shown.

This is where the show starts to kick off, showing the drastic lengths someone could go to in order to escape a life they feel trapped in.  Allison has had enough, and she is prepared to go to drastic lengths to finally get what she wants.  The crime drama side of the show bears fruit as Allison determines that she must kill Kevin to free herself from his grasp.

Enlisting the help of her neighbour Patti, who also has secrets and struggles that are not privy to Kevin’s sitcom world, Allison starts to plot to kill her husband, leading a double life as the perfect sitcom housewife and the mastermind in a gritty crime drama.  Annie Murphy is able to switch seamlessly between these two states with great comedic timing (which was already evident from her time as Alexis Rose on Schitt’s Creek) and a clear understanding of the Jekyll and Hyde sides of her character.  She and Mary Hollis Inboden work well together on screen with good chemistry and an ‘opposites attract’ vibe that reminds me of Midge and Suzie in The Marvellous Mrs Maisel.

The show also handles Allison’s revelation of the fact that Kevin has essentially been emotionally abusing her for years admirably, making his controlling behaviour over her and his ability to manipulate people more evident as the series progresses.  On the other hand, Eric Peterson does an excellent job in making Kevin seem innocent and likeable, fully embracing the sitcom humour and delivering the dialogue appropriately so the audience almost forgets that he is basically the big bad of the series.

The writing is very well constructed throughout the series, although there are times where it uses a few too many clichés to get the plot from A to B when there are opportunities to be more creative.  Additionally, while both the sitcom and drama narratives are well written there are times in the middle of the series when they become a little too separate, especially when Allison, the audience’s liaison between the two worlds, is barely involved in the sitcom events.  There is a temptation to skip these sitcom sections and return to Allison, the one we’re really interested in.  However, I greatly enjoyed the dilemmas Allison had to face when both worlds overlapped.

Now that season one of Kevin Can F**k Himself has established the structure and tone of the series, I can’t wait to see what will happen in season two as the finale of season one concludes in such a way that there is the potential to go anywhere.  I just hope that it doesn’t fall into the trap of some other series where season two is a rehash of season one and instead continues to expand on what has already been established.  A great meta series taking a hard look at the sitcom genre and creating something new with it.