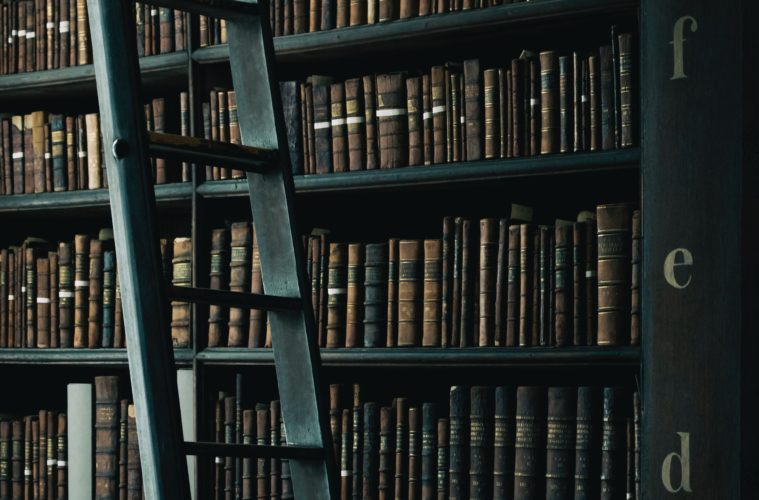 Must-read Classics to Get You Hooked on the Genre

People can be intimidated by classics simply because they’re labelled ‘classics.’ The truth is classics aren’t any more difficult to read than any other book once you get used to them.  Of course, knowing this isn’t much help unless you know where to start.  I know that going into bookstores and seeing shelves upon shelves of books or browsing for e-books and audio books is overwhelming if you don’t know what you’re looking for.  Don’t worry, this list of classics gives you an easy place to start from.

Pride and Prejudice by Jane Austen 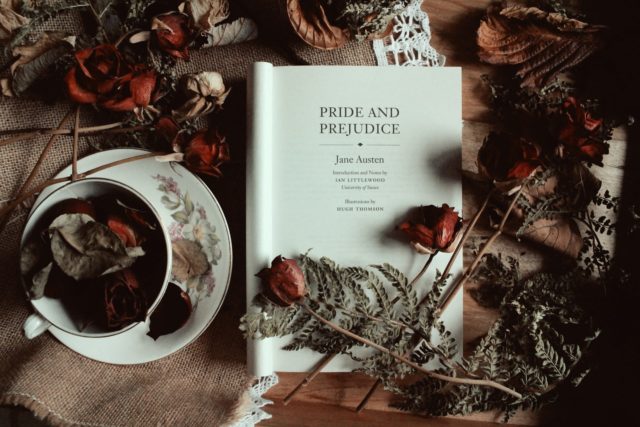 Set in the Regency Era, this Novel of Manners follows the Bennet family, comprised of Mr and Mrs Bennet and their five daughters, with a focus on the second eldest daughter Elizabeth.  Elizabeth is an intelligent and outspoken young woman who is resisting societal pressures to marry for security and convenience, preferring to marry for love.  This is much to the chagrin of her mother Mrs Bennet whose only wish is to see her daughters married off as quickly as possible (preferably to wealthy husbands), because when Mr Bennet dies they will lose the estate and could find themselves with nowhere to live.

Elizabeth’s life is turned on its head with the arrival of Mr Bingley and Mr Darcy, who enter the social scene after moving from London.  Many misunderstandings and arguments ensue, resulting on the happiness of the characters hinging on whether they can put aside their pride, settle their differences and grasp what they truly want.

As with all of Austen’s classics, Pride and Prejudice is more than a simple love story, it is a ‘search for happiness and self-knowledge in a world of strict social rules, where a woman must marry well to survive.’ (from the Blurb of Pride and Prejudice).

Frankenstein tells the story of the ambitious young scientist Victor Frankenstein who uses immoral and unorthodox methods to create artificial life.  But the creature is not what Frankenstein had envisioned and he abandons the creature to fend for itself.  The format of Shelley’s novel is that of epistolary, meaning that the narrative is conveyed through a series of documents, like letters, giving it an extra level of intrigue compared to traditionally formatted classics.

Due to the epistolary structure, the story is told through several viewpoints. First is Captain Walton; a writer who, while on a voyage to expand his scientific knowledge, sees a huge dark figure on a sled and then comes across a near-dead man calling himself Frankenstein.  Next is Frankenstein himself who tells Walton about his life and the experiments he carried out.  This is followed by the creature who details his own experiences after being born.  The narrative continues in this way until the reader has the whole picture and knows everything that happened.

To be honest, you could read any of Charles Dickens’s classics and they would all get you hooked on the genre, but I’ve gone for Oliver Twist.  The story follows poor young orphan Oliver who has lived and been maltreated at a workhouse all his life.  After being kicked out of the workhouse and sold to an undertaker as an apprentice (where he continues to receive bad treatment), Oliver decides enough is enough and escapes, walking all the way to London.  Here he meets all kinds of characters, mostly of the criminal kind, resulting in Oliver getting in some dangerous situations.

An early social novel, Dickens uses satire to criticise society’s treatment of children, particularly the use of child labour, violence against children, and the way children can be taken advantage of and turned into criminals. 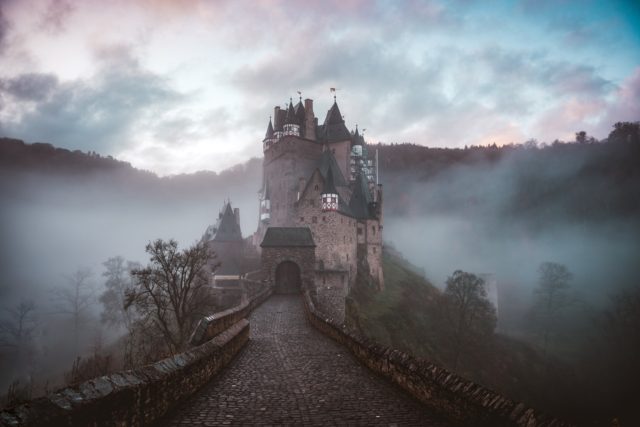 Another one of the great horror classics, Dracula is another epistolary novel told mainly through diary entries and letters.  It has more of an ensemble cast as opposed to a singular protagonist, but it starts with Jonathon Harker, a recently qualified solicitor, who goes to Transylvania to visit Count Dracula, a nobleman looking to purchase a house near London.  While staying with the Count, Harker starts noticing strange things happening in the castle where he is staying and becomes increasingly paranoid.  To combat his fears, he starts investigating and ends up discovering terrifying things.  As well as Jonathon Harker, the story is told by his fiancée Mina Murray, her friend Lucy Westenra, Dr John Seward, and Dr Van Helsing.

Dracula is not only a famous horror novel but is regarded as one of the most famous pieces of English literature.  If you want to get into classics and are a fan of gothic horror, Dracula is the perfect place to start.

The last of George Orwell’s novels to be published in his lifetime, 1984 is a dystopian sci fi novel set in the near future (at least it was at the time it was written).  Taking place in an alternate 1984 where Great Britain is now known as Airstrip One, the British people are ruled by a totalitarian government that condemns individuality and independent thinking.  An organisation known as the Thought Police monitor and persecute anyone who does not conform to the Party’s policies and beliefs, even when in the privacy of their own homes.

The narrative follows Winston Smith, an outer party member who works at the Ministry of Truth altering historical records so that they match the Party’s version of history.  However, Winston actually despises the Party and dreams of tearing the whole regime down.

1984 explores many social and political themes, many of which can be related to contemporary concerns, and in 2019 the BBC put 1984 on its list of 100 most inspiring novels.

The Adventures of Sherlock Holmes by Arthur Conan Doyle

If you don’t want something as hard-hitting as 1984 or would prefer to stay away from horrors like Frankenstein and Dracula, then turn your attention to The Adventures of Sherlock Holmes.  Sir Arthur Conan Doyle’s most famous creation, Sherlock Holmes, is a consulting detective with brilliant observation and deduction skills that allow him to solve cases by finding the only logical answer, no matter how outlandish it may sound.

The stories are told from the point of view of Sherlock Holmes’s partner and ex-army doctor John Watson, who just about manages to keep up with Sherlock on his escapades as he follows the clues and attempts to right social injustices.

The Adventures of Sherlock Holmes is made up of 12 short stories, so if you just want short bursts of classical literature to get you started it’s a good choice.  Plus, the stories are fun and generally have a satisfactory ending where everything is revealed.

The Count of Monte Cristo by Alexandre Dumas 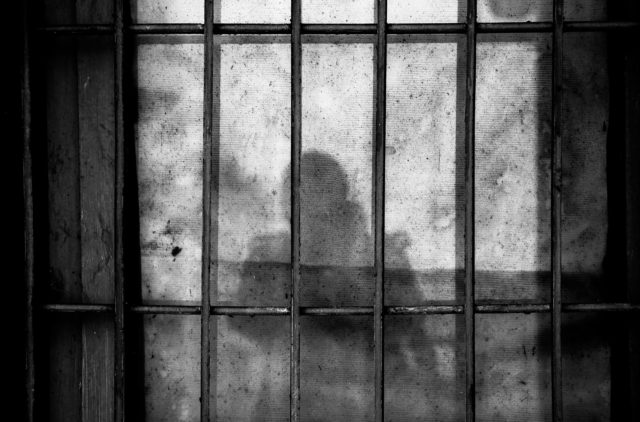 Like Sherlock Holmes but would prefer something a little more of a challenge? The Count of Monte Cristo has similar investigative aspects but adds the sweet flavour of revenge to the mix.  An adventure novel written by the same author as The Three Musketeers, The Count of Monte Cristo centres around Edmond Dantès a young man who is falsely accused of high treason just before he can marry his beloved fiancée Mercédès.  After being imprisoned Dantès works out who betrayed him with the help of a fellow prisoner, who also reveals to him the location of a hoard of treasure.  So, Dantès plans to escape prison and reinvent himself in order to carry out his revenge and reclaim his fiancée.

Rebecca is a gothic novel told from the point of view of an unnamed narrator who is working as a companion for an elderly woman at the beginning of the novel.  While accompanying the elderly woman on holiday in Monte Carlo, she meets a wealthy widower and after a short time agrees to marry him.  Once married they travel to his estate in Cornwall, however, the narrator is not welcomed into the home.  The housekeeper still reveres the man’s previous wife, Rebecca, and it becomes apparent that everyone held her in high esteem.  Convinced that the narrator is trying to take Rebecca’s place, the housekeeper psychologically manipulates and tortures her.  But Rebecca may not have been all that she seemed.

Don Quixote (full title: The Ingenious Gentleman Sir Quixote of La Mancha) is a satirical adventure novel following the escapades of Alonso Quixano, who reads so many heroic romances that he decides he must revive chivalry by becoming a knight-errant (a knight who seeks out adventures).  He does this with a farmer-turned-squire Sancho Panza who has to put up with Quixano’s whims and lectures about chivalry and heroism.

Because Alonso prefers to imagine the world how he wishes it to be, it is not always clear what is real, leaving the reader in an ambiguous space between fantasy and reality, making for an even more intriguing read.

Don Quixote has had major influences on the literary community, including on the author of The Count of Monte Cristo, Alexandre Dumas, who makes direct references to it in one of his other novels, The Three Musketeers.

The Picture of Dorian Gray by Oscar Wilde 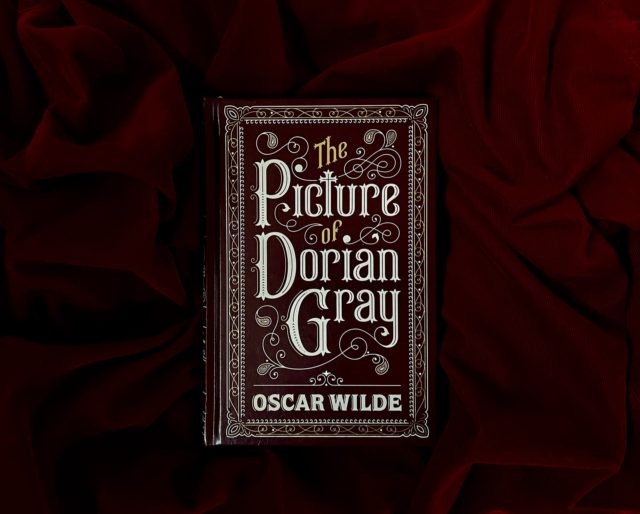 Oscar Wilde’s only novel, The Picture of Dorian Gray tells the tale of Dorian, an aristocrat who decides to sell his soul in order to stay young and beautiful.  Rather than himself, he requests that the portrait his friend painted of him age instead.  Dorian gets his wish and Dorian engages in all kinds of amoral and hedonistic activities, all the while, his portrait not only ages but records every one of the sins he commits.

The Picture of Dorian Gray was highly controversial when it was first published, mostly due to its allusions to homoeroticism, and went through several revisions to ensure it was palatable to readers at the time, even then it garnered some criticism.  It wasn’t until 2011 that the original story, before the edits, was released and can now be read in full, and it’s interesting to see the differences.

Classics are classics for a reason and have stood the test of time, still enjoyed by readers today.  Hopefully, this list will give you an idea of where you would like to start and get you obsessed with this genre of fiction, so you will read many more.