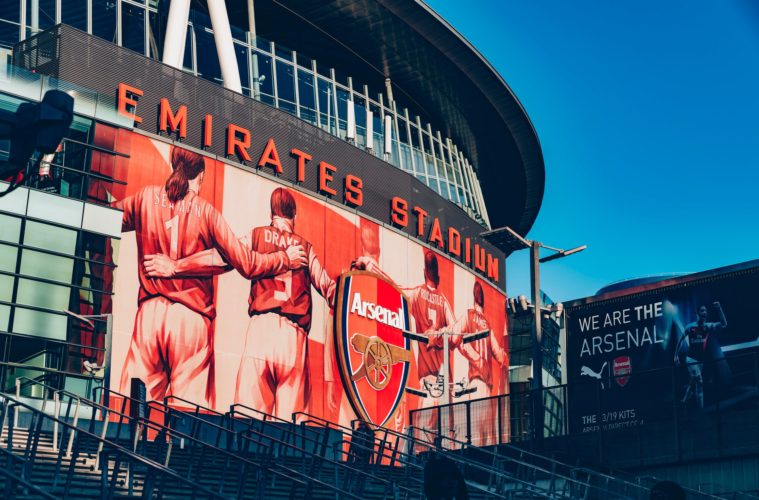 The Most Amazing Football Stadiums to Visit in England

Football was developed in England, where people have been playing a variation of it since the 700s. The modern game originated here in 1863 with the founding of the Football Association (FA).

Stadiums arose as a result of the arrival of professional teams, which became sporting palaces. While many people find themselves watching football games on giant television screens and selecting free betting picks these days, watching the beautiful game being played in a historic stadium with a passionate fanbase is a lifetime experience.

Goodison Park has served as the home of Everton since 1892, making it one of the oldest stadiums on this list. It’s also one of the very few stadiums that are located in a residential neighborhood, around two kilometers from Liverpool’s city center.

Despite its historical significance, Everton continues to look for other venues to play on, and Goodison Park may not be the club’s permanent home for long.

Chelsea, one of the most successful clubs in the Premier League, has a top-notch stadium, Stamford Bridge. The stadium was opened all the way back in 1877 as an athletics facility. It wasn’t until 1905 when the owners wanted a professional football club that a new stadium was erected, and Chelsea FC came in.

The stadium most recently underwent renovations in order for Chelsea to update its facilities and boost capacity in time for the 2021-2022 season. The Bridge is known throughout Europe for the incredible atmosphere the fans create there at away games.

Wembley Stadium is probably as well-known for other events held there as it is for football. Wembley has hosted some of the most important events in British history, from Live Aid to Premier League titles.

St. James’ Park is indisputably one of England’s best stadiums, having evolved from a plain ground on which the Magpies first played in 1880 to the modern steel and glass temple. With a seating capacity of slightly over 52,000, it is the seventh-largest in the nation.

Newcastle’s grounds are a naturally-lit beauty thanks to additions from 1998 to the 2000s. However, with the Magpies recently becoming the richest team in world football after their acquisition by a project financed by MBS, the Saudi Arabian prince, one can imagine Newcastle moving to a more lucrative facility.

Anfield, the gem of the North, is the home ground of Liverpool FC, although it was initially built for Everton in 1884. Anfield was renovated to an all-seater stadium almost a century later, much like other stadiums throughout England.

This happened in the aftermath of the Bradford City fire catastrophe. Liverpool recently had the option of moving to a more modern stadium, but the team has chosen to remain in its current location.

Emirates Stadium, which replaced the Gunners’ original home of Highbury, is as much a playing field for London Arsenal as it is a shrine to the club’s illustrious past. It’s just a few hundred yards from the last stadium and is unlike any other on this list, except one, in terms of art, history, and sport.

Even if you’re not an Arsenal fan, you should visit Emirates Stadium if you’re in London. The fans are known for creating an unbelievable atmosphere at the London Derby and Champions League games, although the club has found itself derived from the latter recently.

Old Trafford earned its place on the list by being one of the most historically significant and biggest stadiums in the world. Manchester United’s stadium has a seating capacity of 75,000, second only to the legendary Wembley’s 90,000. It is one of the many historic stadiums on this list created by famed architect Archibald List.

It was bombed during WWII, yet it emerged from the ashes to host some of England’s most significant games, not only for the Red Devils but for the whole country. Its North and South Stands are named after two of England’s most famous figures: Sir Alex Ferguson and Sir Bobby Charlton, the latter being the captain of the country’s sole World Cup-winning squad.