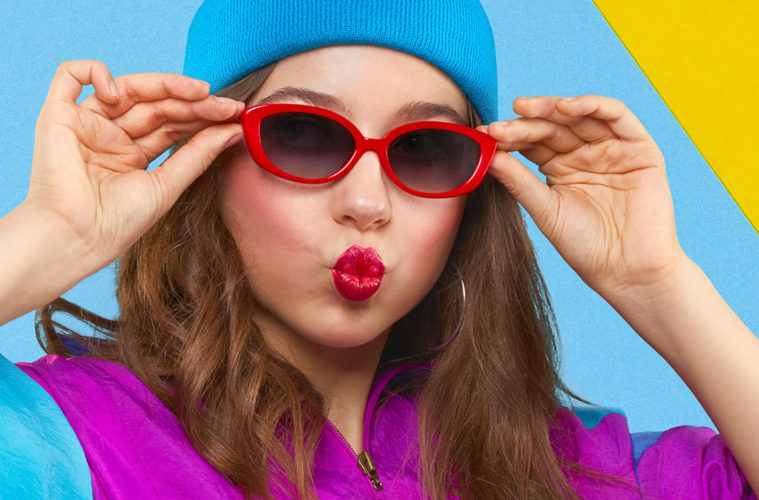 For a few years now, the popularity of older styles has been growing. More and more often we are seeing people wearing outfits akin to those worn 20, even 30 years ago. Even celebs on the cutting edge of fashion are embracing this, unafraid to look older or even unfashionable. This could all be due to nostalgia, a craving for the life and culture back then. Which has since become legendary. Whatever the explanation, the 90s/00s invasion is in full force, and here are the looks that are leading the charge…

Bootcut Jeans – Taking inspiration from the 1970’s flared style, bootcut jeans took the early 2000’s by storm. They graced the legs of the biggest stars, from Mariah and Britney – to Jlo and Beyoncé. As of recent years, they have slowly-but-surely crept their way back into the limelight. Even fashion houses such as Versace and Dolce & Gabbana have created modernised versions, signing their seal of approval for this look.

Graphic T-shirts – Perhaps the most iconic staple in most 00’s wardrobes were the graphic tees. Popularised by stars like Paris Hilton and Lindsay Lohan, graphic t-shirts were a quick and sassy way to get your personality across to others using clothes. With phrases like “Stop Being Desperate” and “Queen of Everything” being regularly plastered across them, the shirts were virtually inescapable. Recently, graphic tees, most often paired with mom jeans, are making their comeback. Though, with less matter-of-fact phrases, and more interesting designs and colours.

Baggy Jeans/Trousers – As I mentioned before, the mom jean + t-shirt combo is on the rise! A few years ago, jeans or trousers were worn tightly. In fact, the tighter the better. Skinny jeans were very often on the outfit of the day roster, no matter the gender. But again, we have pinched some styles from decades ago to use as our own. Not only have sightings of baggy jeans and trousers increased, but so have the designs incorporating this style. From pleated culottes to large dungarees, most high street shops now sell this loosey-goosey trend.

Funky Glasses – The past decade’s eyewear has been characterised by chunky, sometimes obnoxious frames covering a lot of the face. Designer’s have pushed this trend, with larger and larger frames being churned out. But over the past couple of years, we have seen a branching out back into 90’s style by the fashion forward community. Interesting lens shapes and colours are synonymous with 90’s fashion. Dark, tiny-lensed glasses perched atop the nose, or flaming coloured and shaped frames as a statement piece. No matter the look, it’s as if they’ve been snatched right from a 90’s music video.

Chunky Shoes – The late 2010’s heralded sleek, refined footwear from the likes of Balenciaga and Yeezy. Mostly in muted colours, these uncomplicated shoes dominated the feet of many. Though with the rise of streetwear brands, chunky and eye-catching trainers are once again mainstream. Brands like Off-White and Gucci are helping to revive this trend, featuring unique designs and colours, bringing this 90’s trend straight into the 2020’s.

Since a lot of fashion became mainstream in the 1950’s, the industry has always been cyclical. From 60’s fashion in the 90’s, and the 70’s in the 00’s, we always see a re-embrace of old fashions. This could be put down to a brand-new market for them, years younger than those who formerly wore them. This lack of fashion memory means old ideas will always make a comeback. And being able to see and wear them is all a part of the fun!