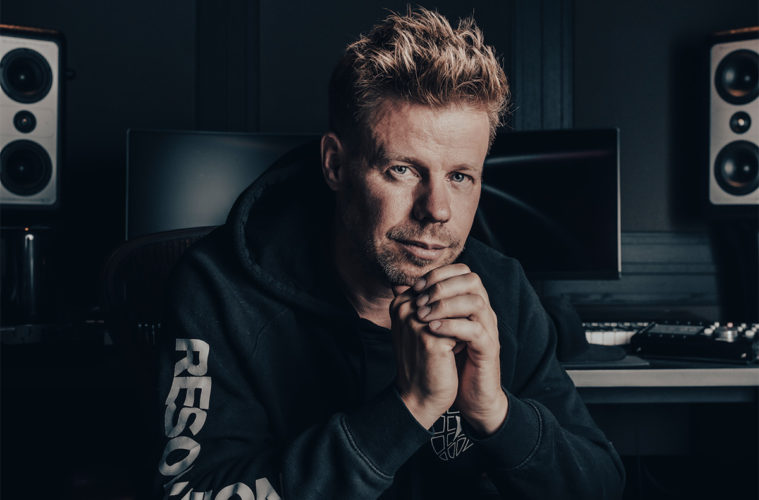 We caught up with DJ/producer legend Ferry Corsten, ahead of his brand new show What The F, to talk about his exciting new event, highly successful career and the dance music scene!

Considering I own 12” records such as System F Out of The Blue, Cry, and Gouryella Gouryella, the sound of What The F is truly amazing! Your music has played a huge role in my early years and stays with me to this day. I’m really excited to chat with you. Would you mind explaining a little bit more about the show/concept?

THANKS! I really love it when I hear these comments. I got into producing and DJing music as it really was and remains to be my biggest passion. I’m super blessed that I have been able to make it my job and a career over the years. The ‘What the F’ show is an open to close set with only my music past, present, and future.

Remixed, Rehashed, reinvited….so it will be a long night of love, reminiscing, and excitement of what is to come in the future.

As someone who has enjoyed and purchased your music since the late 90s, I am specifically interested to find out what’s in store for fans in terms of your remixes and “futuristic approach”, can you elaborate please?

I’m not sure if you have been following my socials, but I’ve actually been giving previews of various mashups that I have made specifically for this night. Aside from re-working quite a number of old tracks, without losing their identity, I’ve also fused tracks together so that they make one “new” track consisting of two tracks released. You could call it a mashup as it is two tracks but the producer in me will always end up making something new.

The launch night for your What The F tour, starts May 6th at the renowned London Ministry of Sound! You must be very excited? Have you run through everything properly now, and how are you feeling to the lead up?

It’s been unbelievably busy. I had my whole schedule planned out, but a couple of days ago, I was surprised with a decoration into the order of our Royal family for my work as an international artist. It was a big surprise, as I was not aware nor allowed to know until the last moment! As for the show, it’s shaping up nicely. I know myself too well, I will work until Friday right before the show, to polish the rough edges… music-wise!

The tour takes you through America and goes on until the end of August. What a superb summer it’s going to be for you! Are there any stand out places you are specifically more excited about playing at?

We’re actually getting more tour dates in as we speak so it looks like this tour will be kicking into Phase II with new dates all around the world soon. So excited with the positive feedback I’ve been receiving from fans and promoters alike. 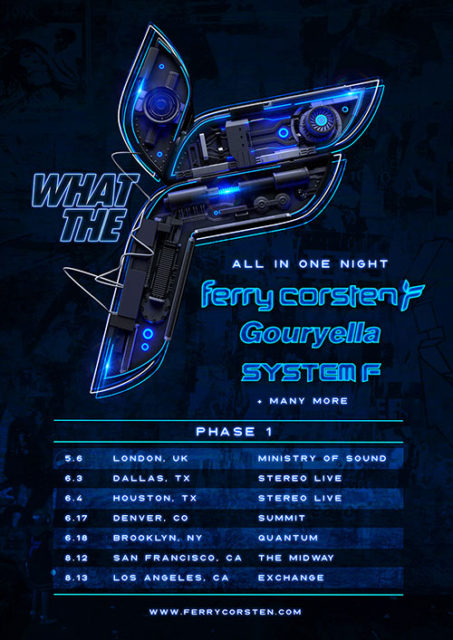 You must no doubt travel in style? What’s your tipple? Do you have any specific travel rituals?

For me it’s all about comfort, especially if I’m playing a What the F show, which is an open to close. I definitely need my “ME” time before the show and as a tradition, a nice dinner with a good glass of wine before the show is a MUST. Then let the party begin!

As a DJ and producer who has dominated the dance music scene for decades, what era, looking back did you most enjoy and why?

Every era has its own signature sound which I love. Personally, I took a lot of inspiration in the past from the 80s, since in those early years, synthesizers, drum computers, samplers were relatively new, and people were experimenting with them. But hey! The early 00s were absolutely amazing as well and have shaped me to who I am today.

You’ve worked alongside many other global stars in the music scene, from collaborations with the likes of Tiësto, Armin van Buuren, Paul Oakenfold and Sander van Doorn, to remixing for pop and rock acts including U2, Justin Bieber and The Killers. What we’d like to know is, who has been the most fun to work with?

It was always fun with Tiësto, but it was too long ago to really dive into. It’s been fun working with Armin and Sander in the studio. It’s always fun to be with other guys in the studio physically and learn different ways of things you know already.

How in your opinion will dance music continue to evolve in the coming years?

Tough question, I think the categorising of music is killing our scene. It kills open mindedness and stunts growth. Very often now, people listen to music with the wrong pre-text just because they think they don’t like a certain genre, because it has been named wrongly in the past. I do believe that blending genres will be seen more and more in the future.

Looking back at your extremely successful career, what has been a highlight for you?

Seriously too many to mention, at this point, it’s What the F this Friday at Ministry of Sound, London. What can possibly cooler than playing an open to close, with just your music and nobody else’s.

Let’s end the interview if you don’t mind, by you sending one last message to our student readers. What would your words of wisdom be to someone who is say 18 years of age and about to start the clubbing scene?

Come to What the F this Friday, Get ready to open your mind!