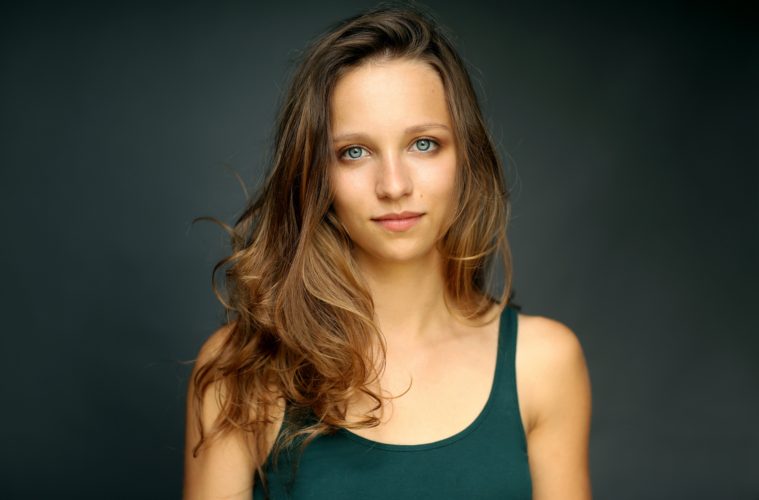 An Interview with Molly Windsor: Traces Actor and BAFTA Winner

Molly Windsor is a British actor known for her BAFTA winning role in the BBC miniseries Three Girls, and more recently, her character Emma Hedges in the TV series Traces. We spoke to Molly about her career trajectory so far, what she’s been working on lately and life in general.

An Interview with Molly Windsor: Traces Actor and BAFTA Winner by Jenny Medlicott

Hey Molly, so great to chat with you today, thanks for taking the time to speak with us. Cracking on, how are things with you at the moment, have you been up to much lately?

Thank you for having me! The sun’s out and I’ve got a brew so I’m all good! Enjoying some time at home and making the most of seeing my family and friends before I’m working away again.

You’ve been acting since a fairly young age, but I’m interested to know, what led you to take that first step in pursuing it as a career?

I think if I trace it right back to when I was very young, my grandparents used to take me to watch local am dram productions, like Calamity Jane & Hello Dolly, which I loved. I took part in a couple and had a good time. A few years later, I became part of what was then ‘Rama Young Actors’ (now ‘Talent 1st’) and I liked how we talked about finding the truth of a conversation, it was completely different to drama at school (which I really hated). I just found it interesting, I wasn’t thinking of a career or anything like that.

It was there I was cast in Samantha Morton’s channel 4 film, The Unloved, when I was 11. It was a really wonderful experience. I fell in love with being on set and the whole process, I couldn’t really articulate it at the time but I think that was the turning point, when I felt like I’d found something that felt so right to me. I endured school, then went to college to do my A-levels in completely different subjects. The college tutors didn’t understand when I said I wanted to be an actor but I didn’t want to go to drama school. I was still auditioning for stuff with Talent 1st and their weekly sessions kept me going, beyond that I didn’t have a plan. My mum was brilliant and had always encouraged me to keep doing things I enjoyed, so that’s what I did.

What was it like acting from such a young age, is there anything you wish you could go back and tell your younger self?

I think my younger self could tell me a thing or two! I’m so lucky that The Unloved was my first proper filming experience. Sam taught me so much, the way we would talk about the character/story with such care but we’d also have so much fun. It was a really formative experience and I always try to bring myself back to that.

I think the hardest part was when we finished filming. I had been out of school for about six weeks, and I found a new family in the crew that I saw everyday and was in an environment that I thrived in. It felt like magic and suddenly I was back at school, not being able to explain it to anyone and not knowing if I’d ever have another experience like that again.

And your first lead role was in BBC’s Three Girls, a challenging but incredibly important story to tell. How did it feel to be cast in the telling of such a sensitive yet vital story?

I took it a scene at a time and we had an incredible director, Philippa Lowthorpe, who gave me so much guidance. But it was never about us as actors or about the TV Drama, it was about getting it right for the real people who had shared their story over and over again and not been listened to. I felt so angry that the real girls were not given the support from the authorities that were meant to protect them. And this is still happening to young people all over the country.

Since Three Girls, I have gotten involved with a local charity called ‘Safe and Sound’ who are doing preventative work as well as offering support to young people and their families, who are at risk of/affected by sexual exploitation. I know that Maggie Oliver has also since set up a foundation that is doing brilliant work. Three Girls was made to start a conversation and I continue to feel like we need to be doing as much as we can to prevent other children from going through the same thing.

With your role in Three Girls and then more recently in Traces, it seems like there seems to be a bit of a crime theme going on. Is this a coincidence or is it one of your areas of interest?

Aha I’d never looked at it like that! Coincidence I guess. I try to go by my instinct to a script and the character. Three Girls is different to any other project I’ve worked on, so I felt compelled to do it for the reasons we’ve already talked about. Then when Traces came along, I had recently lost my Grandad who was like a father figure to me. He was a HUGE fan of forensic science/police dramas and Alibi was always on at his house. Then I met Amelia Bullmore who made me fall in love with the character she’d created. It felt like the right move, it wasn’t till we started shooting that I realised what a beast procedural crime drama is to shoot!

Are there any other genres or mediums you’d like to explore moving forward?

Oh there’s so much out there I’ve not explored. I just want to do good stuff with good people! I try to approach projects with an open mind and my first reaction is always based on if I believe in the script and the character. I think if you don’t believe in it, how can you ask an audience to?

I’ve recently worked on season 3 of War of the Worlds, so exploring the Sci-fi world was a new adventure for me. We were shooting big action sequences with green screens/stunts and I was in complete awe of the WOTW cast, it’s such a skill.

What do you like to do in your spare time, do you have any unusual or fun hobbies?

Ermmm nothing too unusual. I’ve been really enjoying the return to live gigs. I saw a band called Cardinal Black recently and it was SO good. I really enjoyed seeing Mo Gilligun on his latest stand up tour as well. I think there’s something so great about laughing with other people, or seeing a show live. It sounds silly but hopefully you know what I mean!

And finally, do you have a most memorable or favourite moment in your career to date?

Oh wow. Tricky question. I guess everyone always asks about the 2018 BAFTAs, and it sounds cliche but it was really special. To be there with the Three Girls team, nearly 2 years since the shoot, and to have that moment together…it’s really hard to describe. It meant the world to me and to have my family there too was the best. I was also shooting a film called Make Up in Cornwall at the time, so I was running on adrenaline and no sleep but it meant I got to go straight back to a job that I really loved, with people that I really loved. When I think about that time, it was so overwhelming but I am incredibly fortunate.

An Interview with Molly Windsor: Traces Actor and BAFTA Winner by Jenny Medlicott