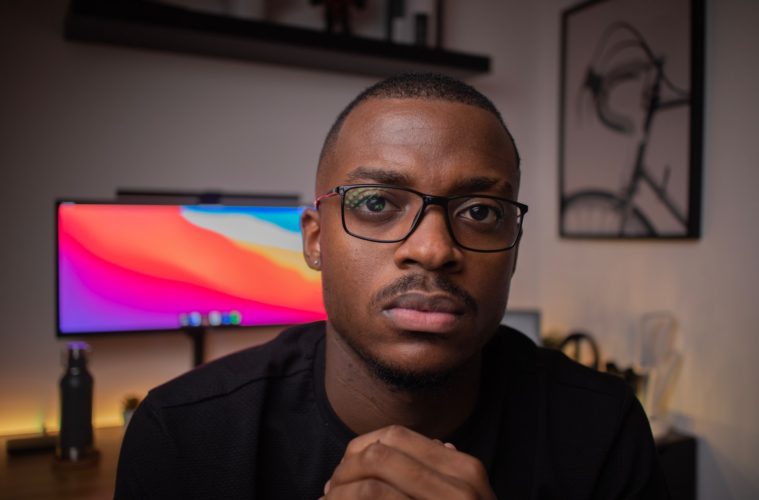 There’s nothing better than watching a film that has just been released in the cinema.  Being sat in front of the big screen with a bucket of popcorn in your lap and all your friends around you is a great feeling.  Of course before you go you want to know that your money is being well spent, that you will actually like the movie you’re going to see.  Cue this movie review YouTuber list.  These guys can give you all you need to know about a film without actually spoiling any of the details so you can make sure that you’re making the right choice.  Or you can prolong the enjoyment by watching their full reviews with all the spoilers and details after seeing the movie for yourself.

Roll Credits is the channel created by movie review YouTuber Adelle Drover.  Although originally from Australia, Adelle is now based in London, England.  She is a film critic, Facebook producer and, of course, hosts her movie review channel as well.  Roll Credits consists of film and tv reviews, film and tv news, vlogs, Q&As and much more.

Adelle likes to mix it up presenting videos that are thoroughly thought out with in-depth analysis, as well as videos on the go that are completely spontaneous and just give you her first impressions in the moment.  She has a wide variety of videos some are static and more intimate as she just sits in front of you laying out all her thoughts and feelings about the film, others are on the move with her friends and collaborators also joining in.

Chris is not only a popular movie review YouTuber with around 2 million subscribers, but also a filmmaker, author, critic and member of the Critics Choice Association.  In 2021 Chris revealed the exciting news that he had signed on with Paper Street Pictures to write and direct his first feature film Shelby Oaks.

Chris has a very calm and measured delivery and offers his unique perspective both as a critic and appreciator of films, as well as an actual filmmaker.  He is also honest and not afraid to highlight when he might not be the best authority on something.  For example, when reviewing Uncharted he ensures that viewers know that although he has played the Uncharted games he is not a die-hard fan so his review won’t necessarily cover how well the film was adapted from the game.

Mark Kermode is a well-established film critic from the UK and has presented a movie review podcast along with radio presenter and MBE Simon Mayo for years.  Their YouTube channel ‘kermodeandmayo’ contains snippets from their podcast with movie reviews from Kermode and interviews with Mayo.

Like Chris, Simon and Mark are very articulate and professional, but because there’re two of them their reviews come across as more casual and conversational.  Mark has a rapid delivery style countered by Simon’s more laid-back cadence and they work together really well.  They also feature entertaining segments such as ‘Kermode and Mayo’s WTF?’ ‘DVD of the week,’ ‘TV movie of the week,’ and many more.

Now on to the Kermode and Mayo equivalent down under. Australian movie review YouTuber James Clement, also known as Mr Sunday, teams up with Nick Mason to co-host the podcast ‘Weekly Planet.’  James used to be junior editor of comicbookmovie.com, while Nick is a tram driver and karate instructor.

James and Nick have great banter and while they probably do just as much research as Kermode and Mayo, they have a much more chaotic energy.  This makes them even more entertaining to watch, plus they pull out accents and impressions every so often too.  They have a great YouTube series called ‘Caravan of Garbage,’ where they go over movies that are generally considered terrible by audiences and/or critics.

Andre Meadows is an American movie review YouTuber, otherwise known as Black Nerd Comedy.  He specialises in reviewing all things nostalgic, especially movies and video games.  Andre is well known for the way he brings comedy to his vlogs and reviews, which has earnt him nearly 800,000 subscribers.  He also has a second video channel that he co-hosts with Katie Wilson.  It’s a gaming channel called ‘Sword and Shell.’

Andre’s enthusiasm is infectious, and he talks about each topic with real passion.  Unlike Chris who has quite a passive way of speaking, not always showing a lot of emotion, Andre lays all his emotions out for everyone to see and he’s incredibly likeable because of it. (Course that’s not to imply Chris isn’t likeable, just different.)  His speed, pitch, and volume can vary so rapidly, one minute he’s yelling about something and the next he’s calmly giving an analysis.  Somehow he manages to hit a perfect balance between enthusiasm and criticism in his reviews.