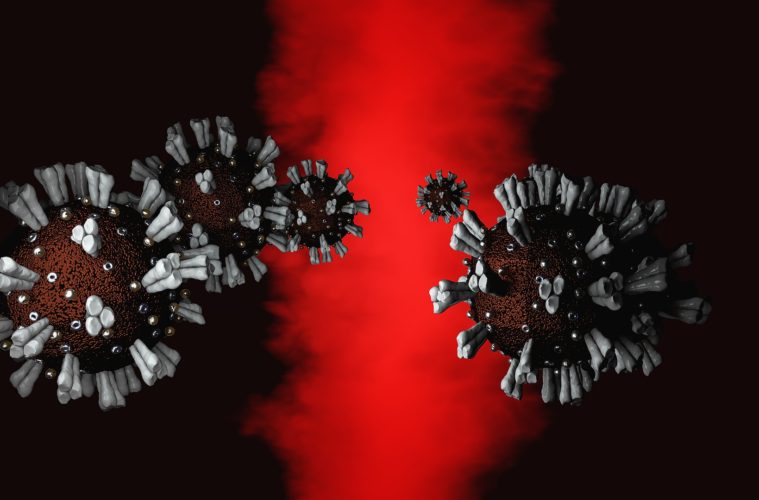 From in-body health monitoring to magnetic slimes, nanotech can seem as terrifying as it is useful inside our bodies

In then near future, nanotech robots will become our ultra-healing companions. For instance, doctors can use MRI technology to finely control these magnetically charged swarms to unclog arteries of fatty deposits. And diagnostic swarms can freely float around our bloodstream, looking for premature signs of cancer nodes.

This is truly revolutionary science because targeted delivery is much more effective and safer than intense carpet bombing solutions in use today, such as chemotherapy. Moreover, bespectacled folks will undoubtedly be pleased to harness ultra vision thanks to macroscopic plates of photosensitive swarms.

Let’s now take a look at eye-opening healthtech developments that will revolutionise the medical sector in the coming decades.

Ever slapped a bowl of custard? Well, you shouldn’t play with food. Anyways, this gooey substance shares custard’s non-Newtonian properties. Essentially, depending on how fast you deform its shape, it either flows like liquid or behaves like a stretchy solid.

Researchers at Chinese University of Hong Kong are developing these elastic slimes for medical purposes. These can be vitally important in providing “ideal solutions for minimally invasive surgery, micromanipulation, and targeted drug delivery”.

By use of circular magnetic fields inducing a a grasping motion, another key application includes object retrieval in hard-to-reach spaces. For instance, to safely reclaim accidentally swallowed batteries from one’s digestive tract. I’m sure I’m not the only one who was tempted to so as a child!

“To avoid toxic electrolytes leak[ing] out, we can maybe use this kind of slime robot to do an encapsulation, to form some kind of inert coating,” said Professor Li Zhang who co-created the slime.

Unfortunately, the particles making up the slime themselves are extremely toxic. Further research is therefore necessary to safely coat them with protective layers. Ideally without compromising their amazing ability to reform even after splitting apart.

DARPA (Defense Advanced Research Projects Agency) is heavily funding nanotech innovations. Among their publicised programmes is ElectRx (Electrical Prescriptions) which comprises “minimally invasive insertion procedures such as injectable delivery through a needle”. Which sounds just as disconcerting, but perhaps only due to the mention of “needle”.

So upon hearing the organisation responsible for this initiative, my mind immediately jumped to traumatic scenes from Michael Grant’s sci-fi series ‘BZRK’. Is the US military planning to weaponise nanotech into spies invisible to the naked eye that kill us from within?

Thankfully, contrary to popular culture, DARPA has long been working to better the physical and mental health of Americans. One of seven selected projects include MIT’s magnetothermal – meaning heating effect of magnetic field – multiplexing nanoparticle research since 2014.

“We can selectively heat up one type of particle without heating another type. Even though they are both being exposed to the same field,” explained Michael Christiansen, then a PhD candidate, to MIT News. “This is powerful because it offers a non-invasive way to independently trigger separate processes initiated by particle heating. Whether it is neuromodulation, drug release, or some other desired therapeutic action”.

Led by Polina Anikeeva, Professor of Brain & Cognitive Sciences, the team is currently seeking solutions that “alleviates parkinsonian-like symptoms in mice”. Eventually, they aim to identify and treat “patients suffering from psychiatric and neurological disorders (…) [through] deep brain stimulation (DBS)”.

Their latest paper noted the traditional “application of DBS to modulate neural circuits is, however, hampered by its mechanical invasiveness and the use of chronically implanted leads”. This inevitably “poses a risk for hardware failure, hemorrhage, and infection”.

How about suppressing negative, potentially suicidal thoughts? Researchers at University of California San Francisco are conducting experimental studies to eliminate feelings of depression.

“We found one location, which is an area called the ventral striatum, where stimulation consistently eliminated her feelings of depression.” said Dr Katherine Scangos, Assistant Professor at the university’s psychiatry department. “And we also found a brain activity area in the amygdala that could predict when her symptoms were most severe.”

At the moment, live patient trials involve electrical implants via invasive surgical procedures, and nanobots aren’t remotely on the agenda. However, advancements in nanotech will lead to bespoke treatment options for patients suffering from intractable mental health symptoms.

Scaremongers are bound to hound upon the hypothetical global catastrophe that will be “grey goo”. Molecular nanotech pinoeer Eric Drexler first raised this issue through a thought experiment in his 1986 book ‘Engines of Abundance’: “Imagine (…) the first replicator assembles a copy in one thousand seconds, the two replicators then build two more (…) In less than a day, they would weigh a ton; in less than two days, they would outweigh the Earth”.

Our wildest imagination tells us this is a truly terrifying possibility. Yet a glimpse into the benefits described above are equally terrific, if not life-changing for most of us.

Other notable research directions include programmed drug distribution at specified pH and hormonal levels. Such methodologies can also enable swarms to stop internal bleeding and repair potentially fatal punctures. Or even restart our hearts post-cardiac arrest!

As our understanding of our body and brain deepens, the medical applications of swarms are inching closer to reality. We should at the very least bake in ethical impact assessments from the outset to avoid realising the dystopian reality of “grey goo”.