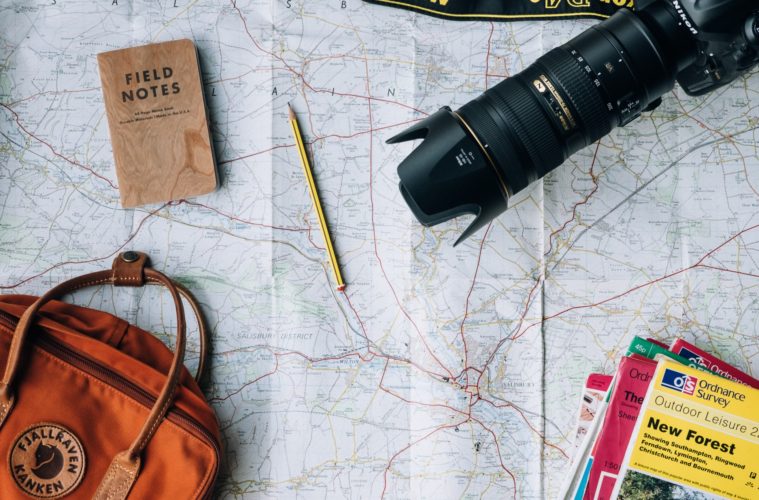 Around the World in 80 Videos

One of the best things you can do as a student is go travelling.  It’s such a freeing experience to have as a break between studies or after you’ve completed your course.  Travelling reveals so many thing you might not have known about yourself and can help you better understand what you want out of life.  A great way to start gearing yourself up and get some helpful advice and tips is to start following some travel influencers and find a travel vlogger that you can connect with.

Drew Binsky is a travel vlogger originally from Arizona, USA who started his first travel blog ‘The Hungry Partier’ while he was teaching English in South Korea.  However, Drew claims his love for travelling started way before that when he participated in a semester abroad during his time at college.  After three years of hard work, Drew has grown his social media following substantially and has now managed to travel to every country in the world.  His goal is to become a role model and resource that aspiring young travellers can turn to and help people become better travellers.

One of the things that makes Drew stand out as a travel vlogger is his documentation of countries that can be perceived as “dangerous,” destroying negative stereotypes as he does so.  He also doesn’t shy away from addressing both the social and political issues present in the countries he visits.  Drew will always give frank opinions about his travels and acknowledge the mistakes he makes, so you can learn from his experiences.

Nadine Sykora is a travel vlogger who has been travelling around the world for 10 years.  In that time she has managed to visit over 55 countries and has used her experience to write an eBook called ‘How To Travel.’  Nadine has also shared her knowledge as a guest and speaker at many travel-related conferences and panels; she was even invited to the White House for the ‘White House Travel Blogger Summit on Study Abroad and Global Citizenship.’

Nadine is an enthusiastic vlogger whose videos are great fun to watch as well as being greatly informative.  Nadine posts twice a week even when she’s not travelling.  When she’s not showing you exotic locations, Nadine fills the time giving lots of tips and advice and keeping you updated on how her life has been recently.  You will always find something useful.

Phil Calvert, a basketball player turned content creator and travel vlogger made a series on YouTube called ‘Phil Good Travel.’  It documents his time traveling around Europe, experiencing new places and cultures and spreading positivity.  Phil is determined to challenge stereotypes in the countries he visits making people more informed and breaking down the stigma related to different people in different parts of the world.  Unfortunately, this is a complete series and there doesn’t seem to be any more episodes coming out yet, but it’s definitely worth a watch and keeping up with whatever he does next.

Phil’s positivity is infectious, not just as a viewer but apparently to all the people he comes across in his videos too.  He can come across complete strangers and the next thing you know they’ve been pulled into a video having a great conversation with Phil.  Phil is extremely passionate about being a good role model for and representing the black community and helping people of colour feel confident when they travel.  His energy is amazing, his videos are hilarious but also packed with information, and I challenge you to come away in a worse mood than you were in at the beginning of one of his videos.  It’s impossible!

Aileen Adalid is a travel vlogger from the Philippines who quite her job when she was just 21 years old in order to pursue her dream of travelling around the world.  Since then she has managed to visit countries in every continent and has been featured in publications like the BBC, National Geographic, and Lonely Planet.  One of Aileen’s goals is to show that you don’t have to be rich or have a powerful passport in order to be able to travel.  If Aileen managed it with a restricted passport and an almost empty bank account you can too.

Aileen’s trips are very comprehensive, often having to split up her documentation of her travels around each country into multiple vlogs to cover everything.  Aileen’s videos focus on being more visual with only a few pieces of narration here and there when needed, so you can completely immerse yourself in the video and live vicariously through Aileen.  Her videos are also very tranquil and relaxing too.

Better known as Psycho Traveller, Aly Ford is a digital nomad from Birmingham who left her psychology studies to buy a one-way ticket to Australia.  It was there that she caught the travelling bug, she has spent recent years exploring more than 40 different countries.  Aly has used her experiences in Australia as inspiration for her bestselling book ‘Where is She? Travel to Trauma.’  Aly is also a public speaker and has spoken about the impact social media has had on the travel industry as well as how to become a successful online influencer.

Aly has an incredibly honest approach to her videos.  She keeps her experiences as real as possible rather than sensationalising them.  She also possesses that quintessential sarcastic British sense of humour, which makes her a really entertaining travel vlogger to watch.  She also varies her expeditions from large undertakings in different countries to smaller days out hiking up hills and experiencing great views.  Aly has a variety to her videos, so you’ll always be able to find something you’re in the mood for.