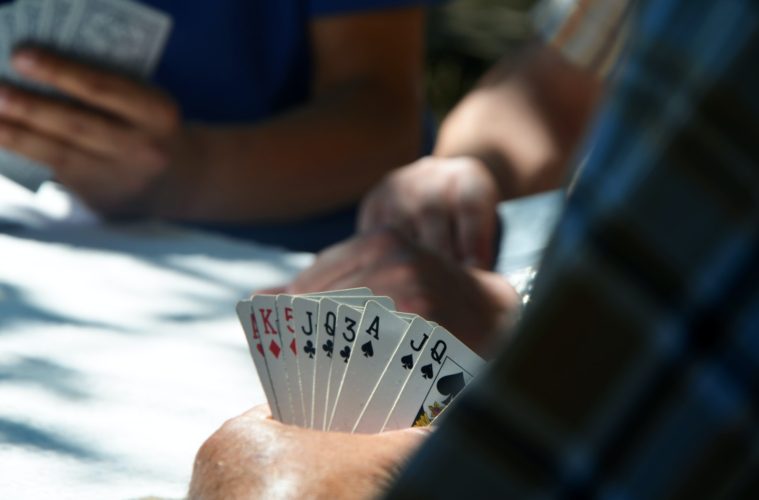 Card games every student should know

There are certain student experiences that stay with you forever. Some you might hesitate to relate to your grandparents, but one that is perfectly safe for the memoirs is sitting and playing cards with your closest buddies late into the night. Times change, technology marches on, but playing cards never goes out of fashion. Here are some classic games that you’ll never tire of playing during your college years, and beyond.

Stephen King’s Hearts in Atlantis is a collection of novellas following a group of characters through childhood and young adulthood, and loosely drawn together by the game of Hearts. This is a trick-taking game with a difference, where the objective is to keep your score as low as possible. Hearts score at face value, while the Queen of Spades scores 25. As it uses the entire deck, Hearts is ideal for four players. An exciting facet of Hearts is the high risk strategy of “shooting for the moon” – win all the hearts and the Queen of Spades in a single hand, and your score resets to zero.

If you’ve never played before, the thought of poker can be a little daunting. Yet the basic principles are simple enough, and once you’ve started learning, you’ll never look back. Online versions like 3-card poker are a good starting point if you’re an absolute beginner, and unlike most such promo offers, this online casino bonus in NJ applies to table games as well as slots, so if you happen to be in New Jersey, make use of it! Once you’re comfortable with the basic hands and how they rank, try a few games of Texas Holdem with your friends – you’ll soon be bluffing and looking for each other’s tells as if you’d been playing for years!

“Less complicated than bridge and less disreputable than poker.” That’s how gin rummy was perceived in the mid 20th century, and that is possibly why it is such a family favourite – it’s the sort of game you could as readily play with your grandparents as with your college buddies. It follows the classic “draw and discard” format of other rummy games and the objective is to gather either sets or runs. It’s relatively fast moving, as once one player has a “meld” with all seven cards, the hand ends and they are awarded points based on what the other players have left in their hands.

Visit a traditional pub in the English countryside of an evening and you might well see the locals engrossed in a game involving cards and also a board with pegs. This is cribbage, and it is not as complicated as it looks at first sight! The board is simply used to aid scoring and the game itself involves making runs, sets and card combinations that add up to 15. It’s well worth investing some time in learning the rules, which according to popular legend were originally laid down by 17th century poet Sir John Suckling.