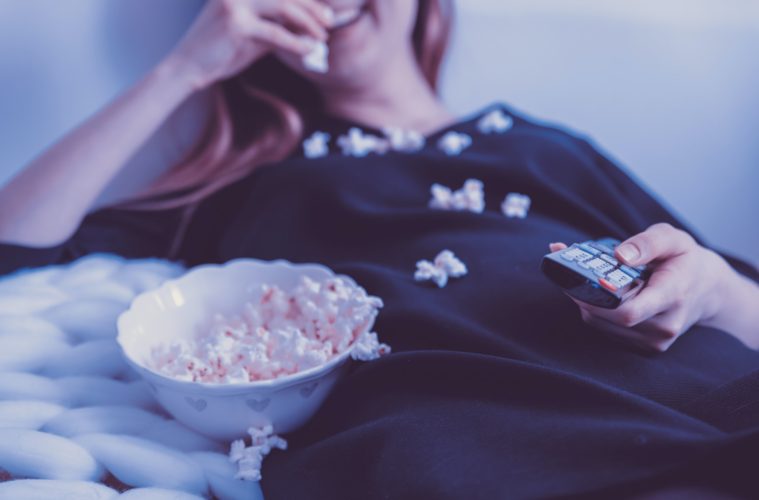 Cry With Laughter At These Romantic Comedies On Amazon Prime

I don’t know about you, but sometimes I just have the urge to watch a rom com.  This is coming from someone who is generally anti-romance the rest of the time.  But there is something special about the combination romance and comedy that keeps me coming back for more.  So, if you’re also looking to satisfy a need to watch a romantic comedy, might I recommend this selection that are available on Amazon prime.

This 1960s classic romantic comedy stars the marvellous Audrey Hepburn as eccentric socialite Holly Golightly.  Holly is working as a high-class escort, looking for a wealthy older man to marry.  However, things get complicated when struggling writer Paul Varjak (George Peppard) moves into her building.  Not only does Holly’s past start to catch up with her, but her feelings start to cloud her judgement.  It’s great that more 50s and 60s films are becoming available on Amazon prime as these are films that you don’t want to miss out on.

Man Up is a British rom com starring Simon Peg and Lake Bell as Jack and Nancy.  Nancy, a cynical journalist is on her way to her parents 40th wedding anniversary celebration when Jack mistakes her for his blind date.  Having been constantly criticised for not putting herself out there enough, Nancy decides to just roll with it and has the most hectic day of her life.  This romantic comedy had been on my Amazon prime watchlist for ages and I finally got around to watching it the other day.  It didn’t disappoint, full of very British humour it had everything I wanted in a rom com.

This 2010 rom com is full of A list stars like Rachel McAdams, Harrison Ford, Diane Keaton, Jeff Goldblum, and more.  Morning Glory follows Becky Fuller (McAdams), the latest producer on the floundering morning news programme ‘Daybreak.’  To try and improve the show’s low ratings, Becky brings in the famous anchor man Mike Pomeroy (Ford).  However, Becky’s plan doesn’t go as well as she hoped.  With Pomeroy acting like a diva and Becky’s relationship heading down the drain, she has to find a way to save her job, the show, and her relationship.

The Map Of Tiny Perfect Things

A recent addition to Amazon prime, 2021’s The Map Of Tiny Perfect Things is a romantic comedy with a science fiction twist.  Mark (Kyle Allen) has somehow got himself stuck in a time loop and is forced to repeat the same day.  Unable to see a way out, Mark has accepted his reality and uses his accumulated knowledge to help people.  He has also developed a crush on a girl he gives directions to and goes to the pool to save her from being hit be a beach ball.  However, this time a girl (Kathryn Newton) saves his crush before he can.  Intrigued, he follows her and discovers that she is also stuck in a time loop.

This 2013 rom com was on of the first films I saw Daniel Radcliffe in after the Harry Potter franchise.  Radcliffe stars as the pessimistic Wallace, a med school drop out who has had a series of terrible relationships and has virtually given up on romance altogether.  That is until he meets Chantry, played by Zoe Kazan.  Wallace gets along with Chantry straight away and he starts to think that maybe he should give romance another go.  The only problem is she already has a boyfriend.

Speaking of Zoe Kazan, you can see her in this next romantic comedy on Amazon prime. The Big Sick was written by Kumail Nanjiani and his wife Emily V. Gordon, and is semi-autobiographical.  It follows Pakistani comedian Kumail (Nanjiani) who meets and starts a relationship with Emily (Kazan), a white American psychology graduate student.  Everything is going great, but Kumail worries about what his parents will think. They are very traditional, constantly setting him up with Pakistani women and pressuring him to take the law exam.  However, none of that matters when Emily suddenly falls into a coma.  In this time of crisis, Kumail finds himself developing an unexpected bond with her parents.

Another 1960s gem to be found on Amazon prime, Charade is another rom com starring Audrey Hepburn.  This time Hepburn stars alongside Cary Grant in this romantic comedy mystery.  Despite being married, Regina Lampert (Hepburn) can’t help but fall in love with the charismatic Peter Joshua (Grant) while on a skiing trip.  When Regina returns to Paris, she discovers that her husband has been murdered!  Things only get more complicated from there.  Soon, some of Regina’s husband’s old war buddies come knocking.  They’re looking for $250 million that they and her husband stole while behind enemy lines.  Peter vows to help her get to the bottom of things, but he’s not all that he’s claiming either!

Amazon prime has a wide selection of romantic comedies available so you can scratch that rom com itch.  You’ll be laughing before you know it.