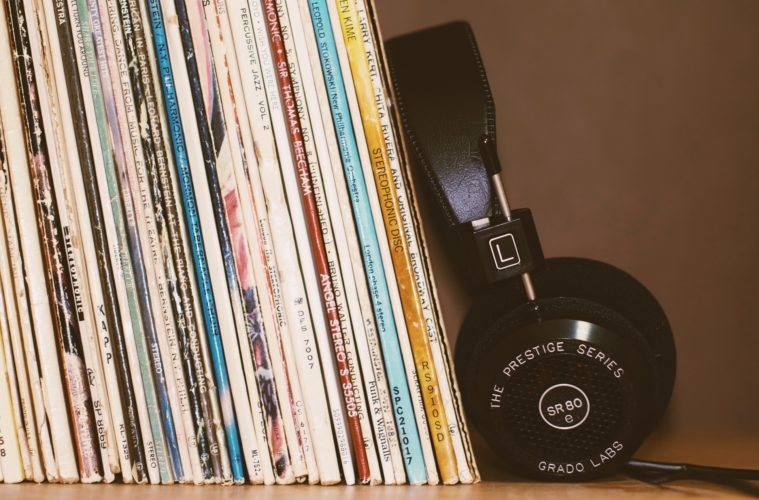 Collecting Vinyl – There’s no other hobby quite like it

There are many aspects to collecting records which make it appealing to hobbyists. Unlike with digital downloads or streams, each record purchased is a special tangible product that you take care to look after and get enjoyment out of, just by looking at (and holding) it. Whilst that might sound strange, it’s true – the record cover artwork plays a significant part in the enjoyment and appreciation you get out of owning vinyl.

The effort that goes into the artwork can be bold or simple, and the colours and shapes will be an image you associate with the music. As the record collection grows, you find yourself searching for the colour and design of the artwork when trying to find the record you wish to play. This is even true for the spine of a record. Even though I own thousands, I can find a record just by spotting its unique design from a side 5mm profile amongst all my other vinyl.

As highlighted above, there’s a huge amount of enjoyment gained through the visual element of collecting records. Playing music on vinyl is an occasion. Taking care to remove the record from the cover, placing it carefully onto a record player and moving the record deck arm and needle onto the vinyl. It’s a part of the process and reason that collecting records is so much fun. Raw and a little bit crackly, the sound quality from records is amazing.

Collecting Records – What to Avoid

I must point out a few things to avoid when playing and handling records. Firstly, be sure to hold a record on the edge, greasy fingers can imprint on the vinyl and it’s just best to keep them clean, this also makes for a better sound. Next, ensure to take care when placing the needle onto the record, one heavy-handed slip and you could scratch the record permanently, ruining its playback sound and devaluing the record. Whatever you do, avoid storing your music records near a radiator or window. The heat will warp the vinyl which can have a permanent detriment to your 12” friend. I once went on holiday and left a record on the deck, only to return to find it raised above the record plate spindle. I tried to iron the record flat again using a tea towel for protection, but it never did work properly.

Owning Vinyl is an Investment

Not only is collecting records fun, offering unlimited amounts of enjoyment, but it can also be an investment! As of today, I must own a few thousand records and whilst some have reduced in value a tiny bit, most have held their value and some have increased significantly! I have purchased records from £1 all the way up to around £25. I have even bought a few records twice so I have one to play, and one to keep in mint condition. Whilst I have no plans on selling any of my vinyl, some pieces are worth £100+. Limited edition records, promo releases, picture discs and old popular records no longer pressed, fetch a nice sum.

Getting Into Collecting Records

Interestingly, I had no intention of starting to collect vinyl. I had saved £550 to buy my first car about 25 years ago and changed my mind last minute. Instead I bought a pair of Technic 1210s, with about 50 records. I was one of only two people in my entire school who owned decks. I still own the same pair of decks and every record I have purchased, including the records I got with my initial purchase. The decks are solid, much better built than modern turntables and would sell for £1,000+ per deck! The standout record from the deal is the extremely rare picture disc, one of the limited edition 500 pressing – Burning, on Love Peace and Unity Records released in 1997. This absolute classic garage tune will fetch upwards of £50 nowadays and is very hard to find.

This hobby became quite an obsession and I went onto DJ in nightclubs and on underground London radio stations. It was a true movement and something that I will never forget, and an era that will never return. I even ran my own regular club event (at multiple clubs). At one stage of my life whilst I was a university student, I was getting a nice bit of extra money from DJing.

I remember DJing at a local pub until it closed, then making my way to my own night at a small nightclub in the city which I shared running with a good friend. After that finished in the early hours, I often went on to DJ at the after party of a very popular local events organiser club night. A highlight was dropping Junior Jack – Thrill Me, around 4am as my last record in my set, for a warm-up set to Jonathan Ulysses. When it dropped the crowd went absolutely crazy, Jonathan high-fived me, it was a really special occasion. The crowd were going absolutely mental.

One more special memory was when I played at a private mansion converted into a kind of mini festival with different rooms for different DJs and sounds. The DJ prior to me played all the unknown B side remixes. People really weren’t into it so when I took over the room was literally empty – not a single person. I was very nervous and embarrassed because a tiny number of people entered the room when they could see I was about to start. I had to do something so I grabbed one of my big tracks (which I mentioned earlier I purchased twice) – Faithless, Insomnia (European Vacation Mix).

Within about 30 seconds, as you could hear the Big Ben chimes from the absolute banging tune, the room was packed. Party goers filled the room and stomped for my full hour set – the atmosphere was just incredible. At one stage a random guy came up to me and said he had an electric guitar – I agreed to allow him to play with me, so he plugged it into the amp and we did a little set together where I was chopping the music in time for him.

One Decision Changed My Life Forever

You see how much one small decision changed my life, for the better, forever! I went from wanting to buy a car, to buying Technic 1210s. That turned into a brilliant hobby, made me friends (and money), led to me DJing on the radio, in pubs and clubs and even hosting my own regular club night. This all happened a long time ago. Whilst I have very few pictures because back then smart phones weren’t common, I do have all the fliers with my name on, all the records I’ve collected over the years, and memories no one can ever take away. Oh, and a bottle of champagne I was handed after a set by a club owner where I landed residency!

I don’t get much time to practice DJing these days, but here’s a mix I did a couple of years back (after not having had a mix in over a year). A funky house mix featuring Ian Pooley, Richard Earnshaw, Danny Tenaglia and the legendary Junior Jack. No auto beat matching, no digital BPM display. Just the raw records, headphones and crossfader. A little bit rusty, a little bit crackly, unplanned live DJ set at home reminiscing and enjoying the nostalgia.