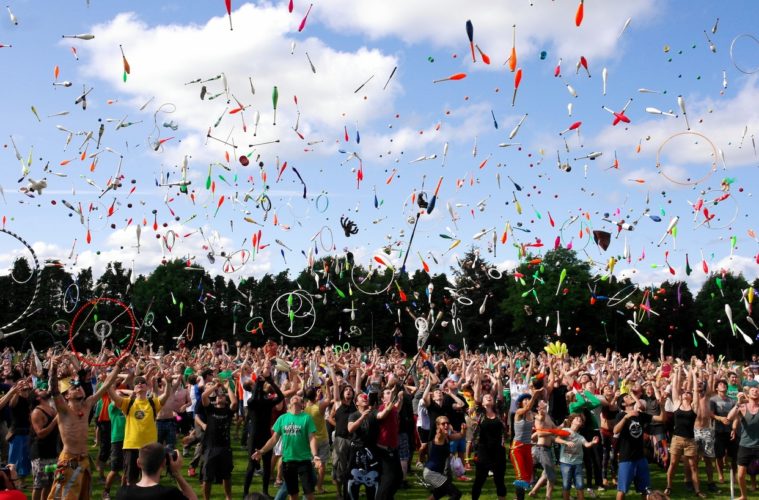 Annual Festivals You Can Go To

Attending a festival is on many people’s bucket lists, especially for students who have broken up for the holidays or are on gap years.  It’s no wonder why, festivals exciting and create unforgettable experiences.  This UK festival list include some of the amazing festivals that happen every year.

The Edinburgh Fringe Festival originally began as an alternative to the Edinburgh International Festival.  However, it became so popular that it is now the biggest arts festival in the world, welcoming performers from around the globe.  Stages set up all over the city host around 50,000 performers, from household names to unknowns.  There is something for everyone: ‘theatre, comedy, dance, physical theatre, circus, cabaret, children’s shows, musicals, opera, music, spoken word, exhibitions and events.’  This UK festival happens through most of August and showing a true appreciation for the arts and embracing the bohemian way.

This is a rather niche UK festival, and is a tradition thought to be at least 600 years old.  Essentially, a round of double Gloucester cheese is rolled down a hill and people set off running after it.  The cheese can reach speeds of up to 70mph and the runner who reaches the bottom of the hill first gets to keep it.  That’s it.  Watching people run and tumble down a hill is great fun to watch, and the contest draws spectators and competitors from all over.  Cheese rolling has even become an official extreme sport.

The old city of York has a long and rich history, but the most interesting part is when it wasn’t known as York at all but Jorvik.  The time of Vikings!  This UK festival celebrates the period when England was under Viking rule and attracts thousands of people from around the world.  It’s one of the biggest Viking celebrations in Europe.  It has loads of Viking themed events like the amazing battle re-enactments, or if you prefer something quieter there are guided walks and Viking crafts.  There’s even a best beard competition!

As you might expect, this Scottish festival has almost every Scottish activity you can think of.  The Highland Games have been a Scottish tradition for hundreds of years and celebrate Scotland’s people, culture, and heritage.  The Games happen all over Scotland, so you’re spoilt for choice as to which ones you attend, with each event having unique activities and events to enjoy.  The events are based around traditional Scottish sports such as the hammer throw, caber toss, and tug o’war.  All this is accompanied by traditional music, dancing, and food.

The Notting Hill Carnival is a street festival, the purpose of which is to highlight and celebrate London’s diversity.  The UK festival was created by the British West Indian community as a way to improve race relations and has now expanded to include a range of minority cultures in the UK.  It’s known for the fabulous costumes, music and dancing.  It has become one of the world’s largest street parades attracting around a million people every year.  As a result, London is even more crowded than usual!  It celebrates unity and promotes the inclusion of all kinds of cultures, educating and entertaining people.

Whatever UK festival you choose to go to you’re guaranteed to have a great time.  Make sure you go to at least one in your lifetime.  It’s an experience you don’t want to miss out on!