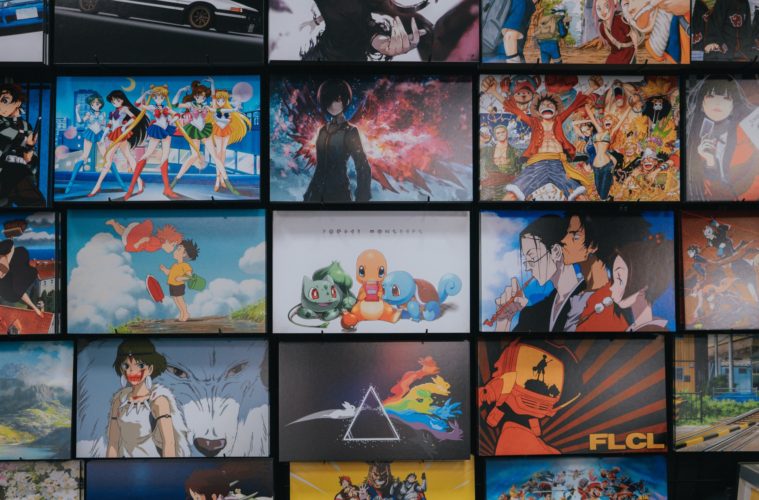 Anime Coming Out In Autumn 2022

Waiting for new anime series to be released can be so frustrating.  Sometimes the series take such a long time to come out that you forget that a new series or season is even coming.  To help remind you of some of the anime you won’t want to miss coming out on, here is a list of anime coming out in autumn 2022.

CD Projekt Red and Netflix have teamed up to work with the acclaimed animation studio Studio Trigger to create the new anime series Cyberpunk: Edgerunners, which will be released in autumn 2022.  Studio Trigger is well-known for producing successful anime like Kill La Kill.  The anime will be set in the same universe as the video game Cyberpunk 2077 but will be a complete standalone series with new characters and a new story.

In a world where body modification and technology are the new obsessions, a street kid must put everything on the line in order to survive.  He becomes an Edgerunner, a mercenary outlaw otherwise known as a cyberpunk.

Duration: TBC (thought to be between 75-80 episodes)

The anime adaptation of Tite Kubo’s famous manga Bleach ran from 2004 to 2012 with a grand total of 366 episodes and 16 seasons.  Now, ten years after the last season aired, it has been announced that something special is in the works for autumn 2022 to celebrate Bleach’s 20th anniversary.  Studio Pierrot, who animated the original Bleach series are returning and the Thousand Year Blood War arc is finally going to be adapted into an anime to form Bleach’s 17th season.

In the manga, the Thousand Year Blood War arc starts at Chapter 480 and ends at Chapter 686.  How long the anime will run for definitely depends on how many filler episodes are included.  It does seem certain that there will be multiple seasons though.  The anime will follow Ichigo Kurosaki and his friends as they struggle to fight against Yhwach and his Quincy army.

Serialised in Shonen Jump in 2018 and created by Muneyuki Kaneshiro and Yusuke Nomura, Blue Lock is a sports manga that will be getting an anime adaptation in autumn 2022.  The anime will be directed by Tetsuaki Watanabe, and animated by animation studio Eight Bit Studio, who are known for their work on That Time I Got Reincarnated As Slime.

After the Japanese national football team fail miserably at the world cup quarter finals, the Japan Football Union hire the mysterious Ego Jinpachi to improve the team’s performance.  Jinpacji’s plan is to create the best striker in the world. He decides to put 300 candidates through a tortuous training regime and see who comes out on top.  Only one can be chosen.  The series follows Yoichi Isagi and the other strikers as they try to become the best striker in the world.

This isn’t first time Urusei Yatsura has had an anime adaptation.  The manga by Rumiko Takahashi (known for titles like Inuyasha) was first animated in 1981 by Studio Pierrot and Studio Deen.  It had 195 episodes along with 12 OVAs and 6 films and is often regarded as a classic.  Now in autumn 2022, David Production are having another crack at it.   40 years after it first aired.  It is being released as part of a commemoration to Shogakukan Weekly Shonen Sunday’s 100th anniversary.

The story follows Ataru Moroboshi, the unluckiest man on Earth.  When aliens invade, he’s randomly selected to be a part of the Earth’s defenders by playing the aliens’ national game.  Tag.  If Moroboshi and the defenders win, it only means that the world is saved.  No pressure, right?

I’m the Villainess, So I’m Taming The Final Boss

Based on the series of light novels by Sarasa Nagase and Mai Murasaki, I’m The Villainess, So I’m Taming The Final Boss will be adapted into an anime by MAHO FILM in autumn 2022.  The series will be directed by Kumiko Habara and feature character designs by Momo Makiuchi, Eri Kojima, and Yuko Oba.

I’m The Villainess, So I’m Taming The Final Boss follows a young girl who has had to spend most of here life in the hospital.  So, she uses otome games to pass the time.  However, her daily monotony comes to an end when one day she finds herself in the middle of one of the games she used to play, and as the villainess no less.  Aware of the terrible fate that awaits her character, the girl becomes determined to defeat the game’s final boss, convince the crown prince’s brother to fall in love with her and change the outcome.

Duration: TBC (though going by previous seasons it seems likely to be 25 episodes)

First serialised in Shueisha’s Weekly Shonen Jump in 2014, My Hero Academia has become incredibly successful.  It has inspired many spin off manga series and received an anime adaptation.  Animated by the animation studio Bones, known for Soul Eater, Darker Than Black, Wolf’s Rain, and more, the first series aired in 2016.  It is now on its sixth season and loved by fans from all over.

My Hero Academia takes place in a world where having superpowers is normal.  This makes the protagonist Izuku Midoriya stand out for his lack of any sort of power.  Nevertheless, Midoriya still dreams of becoming a superhero one day.  Seeing his potential, Japan’s greatest superhero, All Might, helps Midoriya get into a prestigious high school for aspiring superheroes.  The sixth season of My Hero Academia will cover the Paranormal Liberation Army War arc.

As you can tell, you’re going to want to clear your schedules for autumn 2022. You’ll be too busy watching all these amazing anime to bother with anything else!