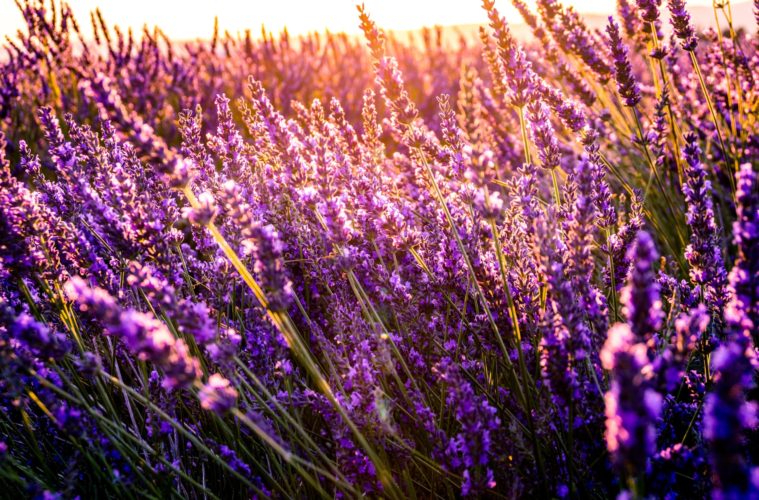 Amazing Things You Can Make With Lavender

The lavender plant is known for being very versatile and having soothing, calming qualities.  As well as being  an ingredient in cooking, lavender has many other uses.  But lavender products can be expensive, particularly on a student budget.  Students are some of the people who need soothing the most! But if you can’t buy lavender products what can you do?  The answer is make them!  Rather than spending lots of money, invest in a lavender plant that you can continue to use.  This way you can start one project and then another and another without spending too much money.  Why don’t you try your hand at a project from this handy list.

Oil infused with lavender has many uses.  One way to use the oil that is particularly useful in summer is to dab it on insect bites.  The oil helps reduce the itchiness of the bites, so you are less tempted to scratch and irritate them.  The infusion oil is really easy to make too.  You simply half fill a jar with the flowers of the lavender plant and cover it with at least twice as much carrier oil.  Then use one of the infusion methods, strain it, and your project is done.  Lavender oil is also used as an ingredient in other projects (some of which are on this list).

Lavender face cream is a rich and thick cream, which makes it perfect for combating dry skin.  It is even thought to have anti-ageing properties as it moisturises the skin and helps to reduce wrinkles.  The lavender plant has natural antibacterial and antiseptic properties, which make it the perfect ingredient to help reduce acne and blemishes in your skin.  If you’ve been looking for a good natural moisturiser this is the project for you.

From moisturising to exfoliating, the lavender plant is not only great for creams but also for scrubs.  A great project to try if you want softer, silky-smooth skin is the lavender and honey hand scrub; it’s especially effective on elbows, knees, and feet.

After you’ve finished making infusion oil, you’ll be ready to move on to another project like soap.  Infusion oil can be incorporated into soap recipes so you can enjoy that lavender scent even more.  You can even add the flowers of the plant itself to the soap bars if the oil wasn’t enough for you.

Carpets, obviously, get trodden on all day by people an animals alike.  If your carpet has started to smell a bit stale or has a stain you’re having trouble getting out, try this next creation.  This carpet freshener can be made with just two ingredients: infusion oil, and baking soda.  Combine ½ a cup of baking soda with ½ a teaspoon of the infusion oil and stir the mixture until the baking soda has completely dissolved.  Lavender is renowned for its deodorising abilities, so you’re sure to see a difference in no time.

Everyone loves a good candle!  Like scents such as ginger and cinnamon, lavender adds a sense of cosiness to the home.  However, unlike the other two, lavender (at least in my opinion) is a great scent to have all year round.  Plus, the candles are really easy to make.  First, add some drops of infusion oil to your wax, around 10-15 should be enough but feel free to add more or less depending on your preference.  Next, place some dried flowers from the lavender plant into the wax and you’re done!