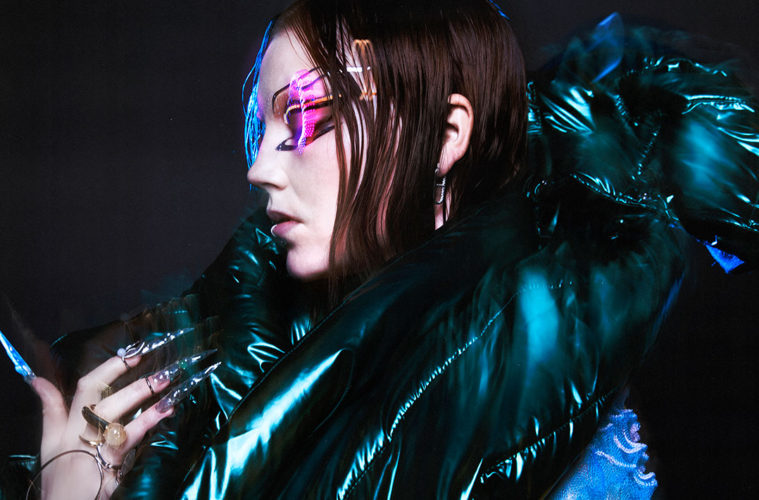 Hey Tiggi, awesome to speak with you. Tell us, we’re over half way through the year, how’s it been going for you so far?

Firstly I can’t believe we’re already halfway through the year. What the hell?! It feels like it’s gone by so fast, especially after the last couple of years! That said, I’m looking back on it now and it’s been amazing, I’ve been doing what I love which is finishing up songs, taking them from the demo stage to what you guys hear at the end (with A LOT of help from incredible producers and writers) and creating a whole new world for my music to sit in which is something I’ve been dreaming about for years. So actually, I guess quite a lot has happened, which makes me super happy! And I’m back playing live as well.

Can you tell us a bit about your journey as an artist so far?

I started writing songs as a hobby and a way to express myself, I guess free therapy in a way! Then I met my now mentors and they unintentionally showed me behind the scenes of the elusive music industry and I was hooked. I kept writing while I was in school and eventually I turned around to my parents to drop the ‘I want to try to become a full time musician’ bombshell and to their credit, they were very chilled and very supportive of me. I then started focusing a lot more on my own direction which took me to Armada, and we signed 2 deals together. They were amazing and really helped me a lot and my music became quite dance-focussed, which I really enjoyed and still love. This year though, I promised myself that this next body of work was going to be the most me it could be. It’s a slight realigning of direction, but it feels amazing to be making something so revealing and honest.

And you’ve got a new single out called ‘Giants’, along with a music video, what do the lyrics of the song mean to you?

For me, it’s a really honest song, especially lyrically. I don’t like to go into the meaning of my songs too much because I don’t want to take away other people’s feelings and perceptions of that song, if that makes sense. My goal is for someone to hear one of my songs and feel connected in their own way, and not be pigeon-holed by what it means to me. In a broad description though, Giants is a very self-liberating song to me, and really tracks my internal freedom journey (it’s been a weird one!) and how I’m coming to embrace and celebrate myself more by walking tall and being unashamedly me.

If you had to sum up the music video in five words, what words would you pick?

And I know you love sci-fi and futuristic tech, so I wondered if you have a favourite sci-fi film or fun fact about technology? My sibling is the same and they love to talk about it!

My favourite film changes so much depending on my mood! But if I had to narrow it down to the classics, I’d say The Matrix is a steady favourite, with any of the first 6 Star Wars films somehow finding their way onto the TV at least once a week. I love reading sci-fi books too such as the Dune series, Neuromancer and Cloud Atlas. Oh, I do have a fact actually! Did you know that we actually landed on the moon before anyone thought to put wheels on luggage?

Do you have a dream artist collaboration for a song?

I would die if I could work with Grimes. Or Pink Pantheress. Or Halsey. Just straight up pass away.

And finally, what’s your next big career goal as an artist?

Well, I cannot wait to release the songs I have ready and keep playing live, but the main goal for me at the moment is to continue in this direction of being more and more unashamedly myself, which I hope comes through in my music. But watch this space for more music, it’s not far off!