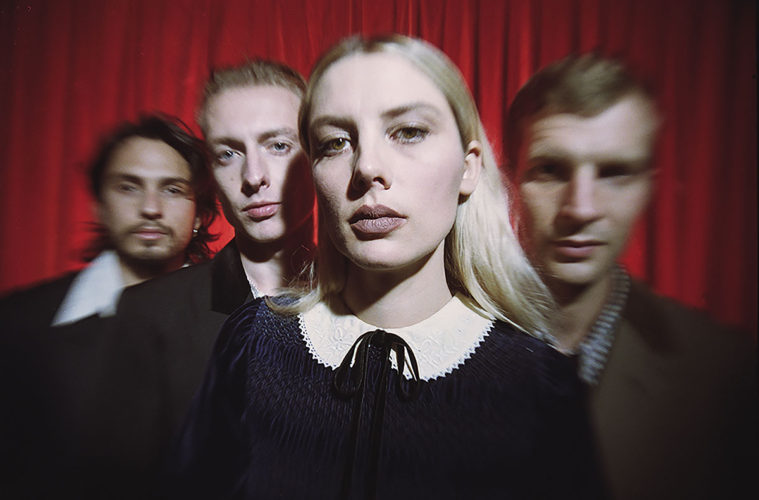 Hey, I’m so excited to speak with you for this piece, thanks so much for taking the time out of your tour to talk to me. So, I guess getting started, I know it’s been a few years since you were last on tour, how have you found getting back on the road?

JOEL – It really has been amazing to finally be able to bring Blue Weekend to the stages, which we have over the last couple of months. Seeing and hearing people react to the songs the way they have been doing just breathes new life into whatever you are doing, and we’ve been having a blast. It’s been both a mix of heady nostalgia and almost a whole fresh feeling, most likely due to the situation of the last couple of years but also people who maybe are coming to their first ever shows and their new excitement. We’re very lucky!

How did it feel to release Blue Weekend, after the success of Visions of a Life? I imagine it’s a bit of a double-edged sword in that you want it to be successful but then you know it also raises the bar for other future work.

JOEL – There was definitely a few nagging nerves in the back of my brain at times. I’ve come to grips with that being more of a natural part of the process rather than a severe paranoia, but you do have to move past that, even if it’s later down the line, and remember you aren’t trying to repeat yourself. And if you make choices in the moment that you believe in, then even if it kinda fails you can know you were true to yourself. Luckily it seems we’ve made something that not only the four of us are proud of but something people seem to really love. 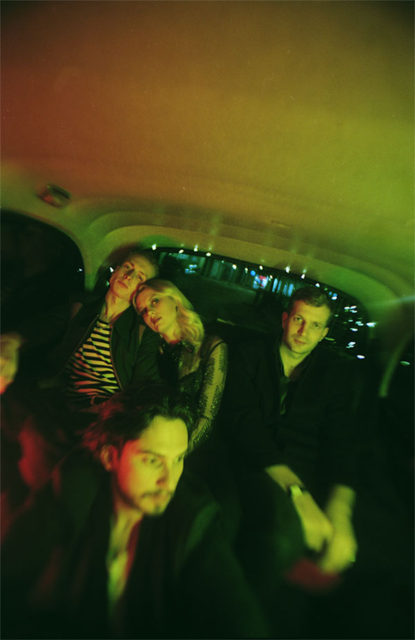 I love that for this album you guys just checked into Airbnb and committed to working on it there. Does the creative process always look like this, or does it tend to vary quite a lot?

JOEL – We haven’t done it like that before, but everyone tends to start with a space and a folder of ideas. We really don’t have much of a set route other than we all get together, listen out for what’s exciting us and making us feel something and then move on from there. Up until the moment it’s mastered, each track has its own little journey and personality that I don’t think is defined by our process, but more by our excitement to work on it.

Obviously, it can be hard making yourself vulnerable, but what I love about Blue Weekend is that it helps the listener feel seen without having to find the words themselves. However, I can imagine if you’re the songwriter tasked with finding these words it can probably be challenging. I wondered if you, Ellie, ever struggle with being vulnerable in the writing-process?

ELLIE – Yeah it can be intimidating, more so when I imagine people who know me listening to the songs rather than strangers. But both you and the listener just has to remember that it’s still art, you’re not publishing your memoirs in song form and that kind of reassures me.

I was particularly struck by your quest to let yourself write about what you want, which I think is no mean feat in the music industry, and particularly as a woman. Has the reception of the album helped embrace these feelings at all?

ELLIE – Sure, a good reception to your music is a great form of encouragement. It doesn’t totally get rid of the apprehension of your next work, though, but it’s good to be kept on your toes sometimes.

You said that you felt working with Markus Dravs shaped your music in a different way this time around. Do you think working with people outside of the band will be a part of your work moving forward?

JOEL – We’ve always worked with producers and it’s always taught us something. With Markus, for me, it was less is more; to not be afraid of a ‘stillness’ in a song. We can be quite tricky I think, because the four of us are so close it can be hard to break through sometimes and we basically speak to each other in code when listening in from the outside. But we are also friendly and collaborative, so I’d like to think we have more times like that ahead. It’s a great way to learn and take you into places you wouldn’t have gone otherwise.

Probably a bit of a tough question, but what would you say have been the best things to come out of releasing Blue Weekend, or favourite moments perhaps?

JOEL – Ahhh, so many! I guess it’s given us our lives back in many ways. To be able to go out and perform, create, and hang out with my best friends is really very nice – I feel very blessed indeed.

Do you think that the pandemic played an important part in how the album ended up? And is there anything you look back on and wish you could change?

JOEL – It’s kinda like looking for an alternative reality in some way because there will never be any other way for it to have happened, if you get me? Ultimately, I think we had to navigate it all just like everyone else had to, with whatever they were doing. As much as I wish it had never happened for the world, I feel lucky and proud that we managed to achieve what we have during it.

And lastly, how do you envision the band moving forward in the future?