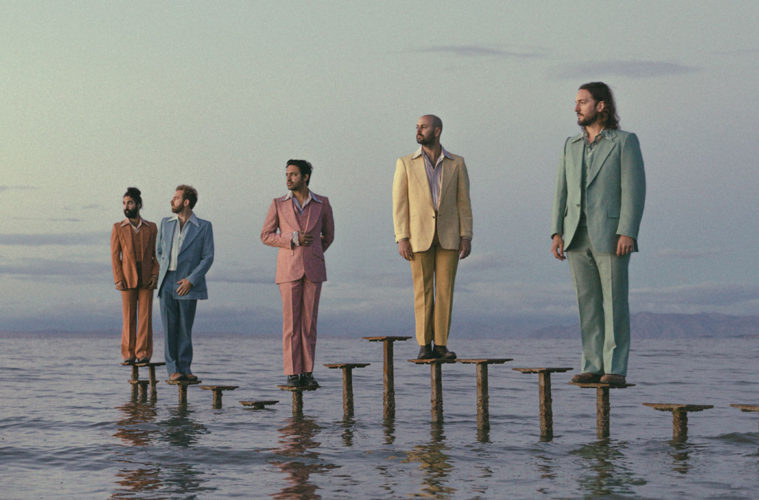 We are honoured to share with you this honest and inspirational interview with Sameer Gadhia, lead vocalist of Young The Giant. We spoke about the band’s new album entitled American Bollywood, their fondest memories and growing up as the son of Indian immigrants.

Young The Giant interview: Hello and thank you for taking the time to talk to us! Let’s get straight into things. Your new album American Bollywood, is being released on October 21st. How are you feeling now on the lead up to its release, especially as it’s been four years since you last released an album?…

I feel a bit scared; overwhelmed. Like I’m being squished into a tin can. It’s hard to let go, but after four years in the making and hundreds of songs, I know it is time. 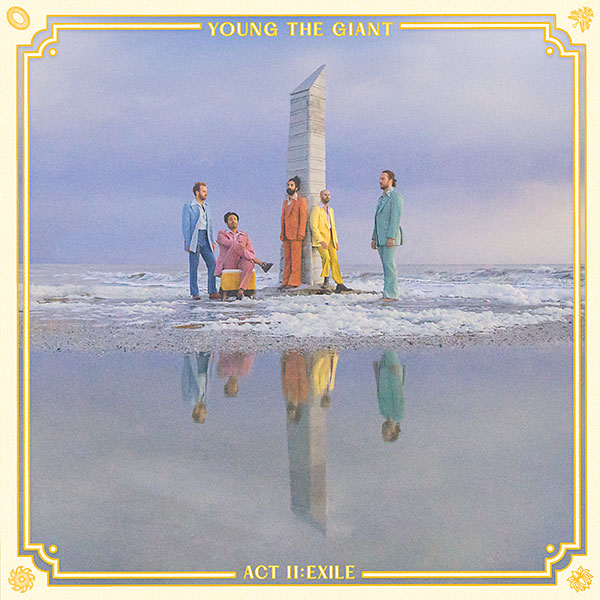 How in your opinion does American Bollywood compare or differ to your earlier releases?

It’s the most streamlined concept that we’ve ever had for an album. It’s a very intentional world that we have created, not only for others, but for ourselves to live in, to build and to imagine. Having architecture like this makes it easier for a group of five people to set to it. The album’s sonics are equally razor sharp. Every sound has a purpose, and helps tell a larger story: the influence of South Asian music on popular western music over the decades, and the reclaiming of identity, sound, and space.

I understand this is a difficult question to answer as each song will be special. But is there any particular song from the new album American Bollywood that has an extra special place in your heart?

The title track, American Bollywood, has to hold that spot for me. Every record for us has a “flood gate song” that gets things going. Writing that song was so cathartic and not only helped me bring this world to life, but help explain it to the band and ask for their blessing.

What means more to you, releasing music or performing live?

I think this may be changing as I get older. I started touring when I was eighteen, and back then, there was nothing that beat the thrill of live performance. I still consider myself a performance natural, but recording is an art that I’ve honed in the decade plus I’ve been doing this. Now, entering a new era of my life as a father and a recording artist, I have to say that I’m enthralled by leaving it all in the studio.

The journey to belong is universal. I never belonged. I’ve always been the minority; always been other. I get the sense that many people feel that way, not just immigrants. We do some pretty dramatic and crazy things to find a place to feel…like we’re home: to feel good. Often times these things just end up causing us more pain and suffering. My takeaway is that my home is a place I carve for myself in my own mental landscape, every day, every hour, every second, and that there’s a fine balance between chaos and peace that all of us juggle.

Can you talk to us about your past and how it influences your writing, music and your outlook on life?

Being an outsider, I’ve always come at music from a raw perspective. I am not classically trained: I am not the most literate in music history. I am proud to say I’m a novice, and I hope to stay that way, fumbling my way to epiphany. Though we are by no means a punk band, I take the DIY punk approach to heart: I try to trust my unthinking instinct, even though I can be a pretty analytical person. I took a liking to music at a young age, but because I never really saw anyone who looked like me at the top, I didn’t really consider it a real profession until it happened. I still see myself as an outsider; as an underdog. It fuels me.

You come from a family of musicians and started exploring a variety of music styles early on. How long did it take you to craft your sound, and what key influences did you draw from?

I think Young the Giant’s sound is that we don’t have one. We’ve always respected career artists, who have not allowed society to pigeonhole them: Radiohead, Beck, Talk Talk: the list goes on. In a world where everything must be put in to a box, I think we suffer from not having a particular sonic “brand.” Then again, I think it’s the same reason why we’ve been around for such a long time. It is a very freeing experience, because every record we are drawing influences from all over the map. On American Bollywood I finally find ourselves really coming in to our own. Maybe this is the closest thing we’ve ever gotten to having a sound.

As the son of Indian immigrants, you were born in Michigan and grew up in California. Do you see this as a positive in the sense that you had maybe more opportunity, or a negative because you were not born in the country your parents are from (or both)?

I don’t think I was quite conscious of it, especially at a young age. I had no agency in the matter because it wasn’t my choice to make. Sometimes I’d feel guilty about things I had no control over: sometimes my parents told me they wished they’d never come here to see me this way. It took me many years to get over the guilt. I feel both sides: I am cognisant of the opportunity I’ve had that my parents didn’t have, and I am also at least intellectually aware that I have never felt I’ve belonged anywhere. I don’t know what it feels like to belong: it’s hard to mourn what was never there. Now, I am thankful for who and where I was born. People like me are paving the experience: creating the narrative of the Indian abroad.

I read that you stopped studying medicine to pursue your musical aspirations and that you might possibly resume studying to complete your degree, is this true? Can you explain a little about this?

I was “pre-med” at Stanford, but I think that term was just a mind trick in my head to legitimise my true passions: fiction and music. I used to say that I’d go back to the press just so I would feel less guilty about disappointing my family. But, the truth is: I don’t know if I will ever go back. I believe in the experiences of college; I miss the excitement and the buzz of learning every day, but that is just a mind set and can be done anywhere. I don’t know if I believe in it as an institution anymore, at least in America. I realise this is a student publication, so this may be blasphemous to say.

What advice would you offer someone who has started university but feels deep down there are other better opportunities to pursue?

Follow your passions. You can fail at the thing you don’t want to do. Might as well fail at what you love. Get rid of your guilt. This is your life, and your life only.

As a final question and to finish on a light hearted note, what has been the most fun part of your career so far in the band?

Having a brotherhood with my bandmates. I am truly grateful for what we’ve managed to create together. I still have so much fun making, exploring, and playing. The fact that I can make money doing it is just icing on the cake. I miss the beginnings: in the rickety van, the drink vouchers; the gas station meals. I wouldn’t trade those memories for anything.