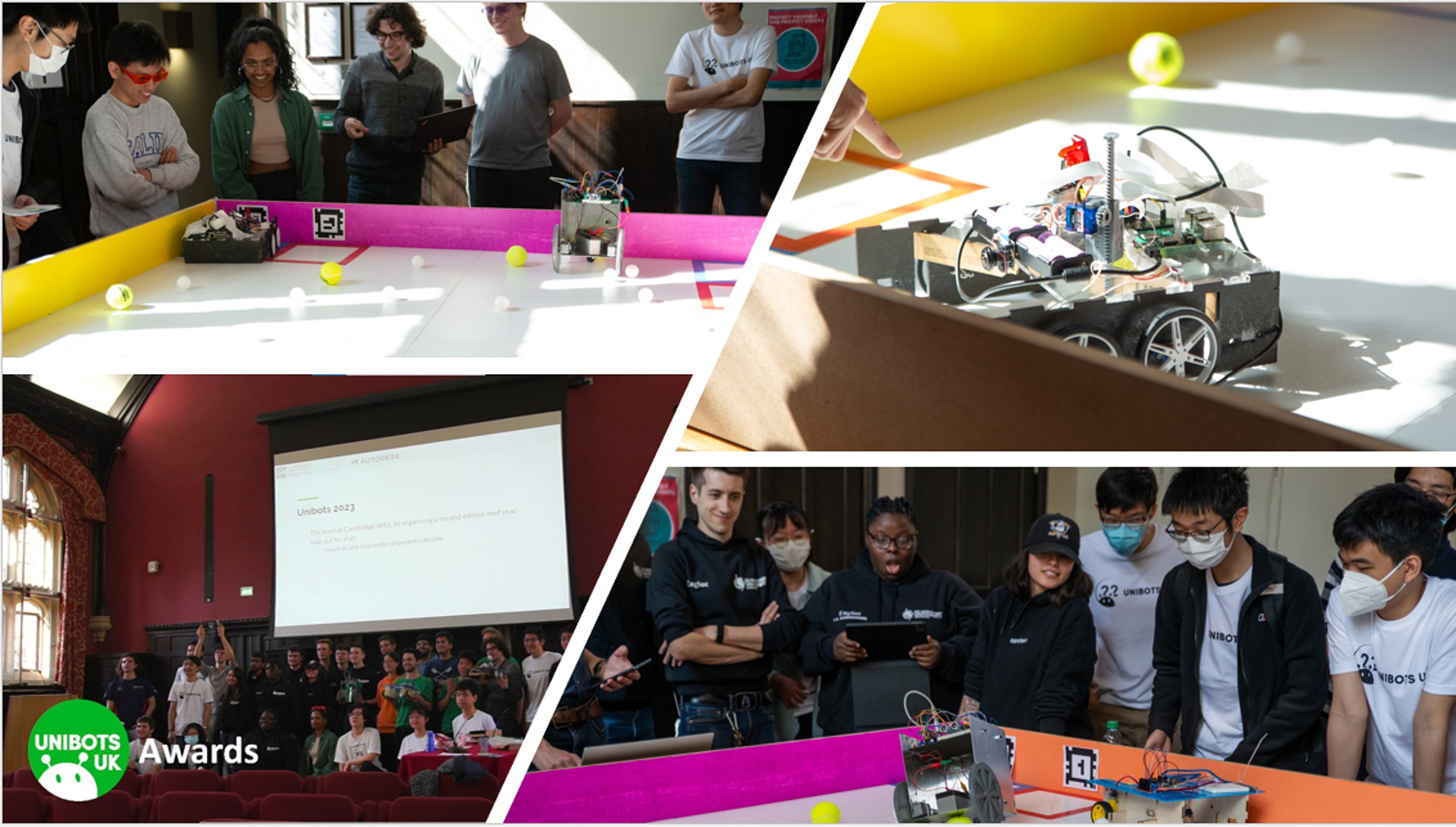 We spoke to Ivin Lee, VP (and incoming President) of Cambridge University Robotics Society (CURS) regarding his funding and development plans for UniBots UK 22, held this Easter break. 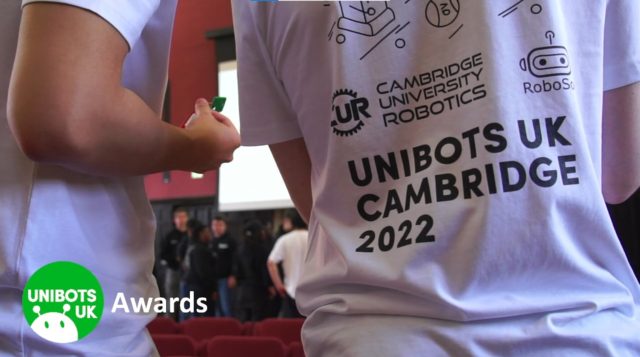 Why don’t we start by having you tell us something about your personal life and society involvement?

I am studying computer science at Cambridge. Most people in our robotics club are engineers, though there are some from maths and natural sciences too. But I just decided to join because they had some interesting machine-learning projects.

I used to enjoy playing with Lego a lot – I really like hands-on things. So for instance, we are writing code to control a physical arm to get it to learn how to pick objects, that’s very interesting.

In addition, I also like to organise things and events like that. So I decided to join the community here at Cambridge, and then served as Vice President this academic year. Organising things like Freshers Fair, and Minibots – our internal version of UniBots UK.

How does CURS typically acquire funding?

One part of it is asking our department and other university bodies for funding. The other part is reaching out to sponsors.

For the latter, we have a brochure on the sponsor section of our website. So what we do is email companies and ask them for sponsorship. And if the companies seem excited, we can share more about what we do.

In a similar vein, having organised something before and having pictures to show that it was well organised is crucial. By letting companies know that you are able to handle a project of this calibre, it’s easier to get more companies onboard.

What was CURS’ expenditure on UniBots UK 22?

Let’s take the shirts we handed out – estimate them at around £20 each. So if you have like fifty participants, that’s around £1000. We can ballpark the prizes and arenas at around £600 – much more expensive than expected!

But Autodesk was kind enough to sponsor us enough money to organise the tournament. And they said they would try to partner with us for another series of competitions.

The Cambridge Engineering Department also supports societies to a great extent. We can partially credit it to our society’s accounts, and so I basically asked our carpenter to build this arena for us. 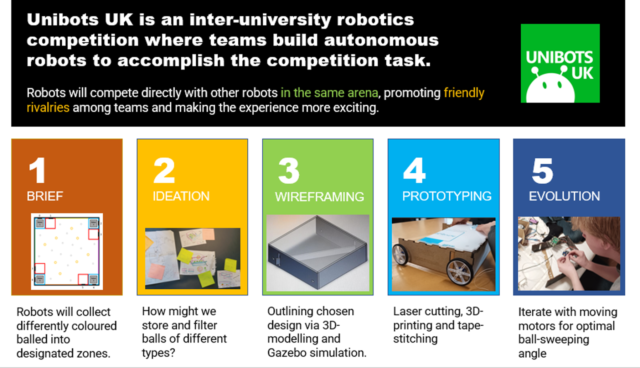 How did you come to launch this inter-university tournament?

This is actually an incredibly long story!

In the end, competitions are really a means to an end, right? It’s an excuse to get people excited about robotics, to get different universities to come together and interact.

We first had discussions about this in March of 2021. What we were brainstorming about really is how to get people interested .

At Cambridge, we have an introductory programme called Minibots for students who have budding interests in robotics. On the other hand, our club also has a lot of very advanced projects like RoboCup Rescue where you send disaster robots into difficult terrains.

Hence, our committee wanted a way of bridging this gap. Since we wanted as many universities to take part, and so reached out to some of our friends at Southampton to co-host UniBots UK.

What were your motivations for hosting in March? Why not during the summer break?

At the time, we wanted UniBots to be a continuation of our internal competitions. For instance, the final round of Minibots is usually held at the end of the first term.

Of course, the issue is, there are a lot of very excited people who want to take part in every single competition. Ultimately as time progressed, less people had enough time to take part in March. 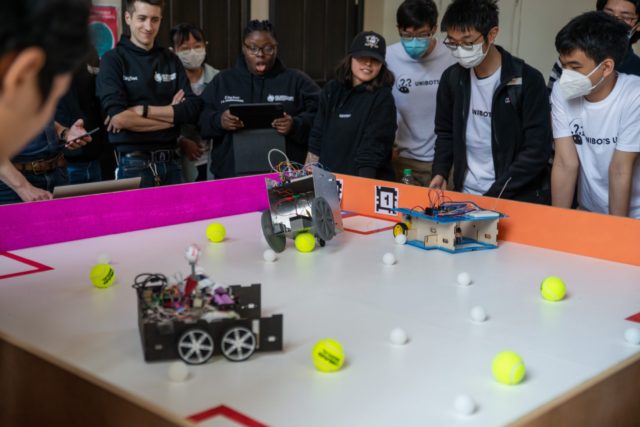 How did you guys prepare the arena?

The way we designed the arena was quite exciting? Like, having the balls roll around was quite non-deterministic, swinging a lot when robots bump into the walls and push them around.

We’ll be reusing it next year, since we made it to specification using the best materials we could. (We spent ages painting it!)

Plus it was quite expensive too!

What there any unforseen difficulties before, during and / or after the tournament?

One thing that I definitely did not expect is the number of teams whose robots malfunctioned and couldn’t take part.

On the day itself, I think like three or four teams messaged me and said “Oh, our robot really cannot do do anything at all!” Another team accidentally locked their robots in their lab over Easter. We did not plan for that!

And as you saw on the competition day itself, we had to do some last-minute adjusting of schedules and arena furnishes.

There were several unwarranted edge cases this year  (incl. wanton collaboration between rival alliances against our UWRS rover!)

But edge cases are part of the competition! In fact, one of the rules like the rest of us were talking about like this is helping another team might actually be a valid strategy.

Plus, I’m pretty sure most of the points were attained not by your respective robots, but by someone else’s! So really, if teams decided to co-ordinate from the outset, they might have been able to score higher together.

Are you planning to update competition rules and formats by next March?

No, I think it’s best we keep the rules the same to honour teams that sadly couldn’t take part this year.

But there have been some suggestions that we keep the robot designs much simpler. 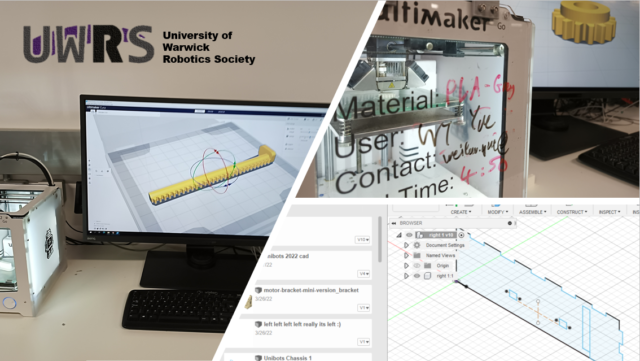 Feel free to read more about how we built our Bronze-winning “Klarice The Guillotine” over on UWRS diaries !