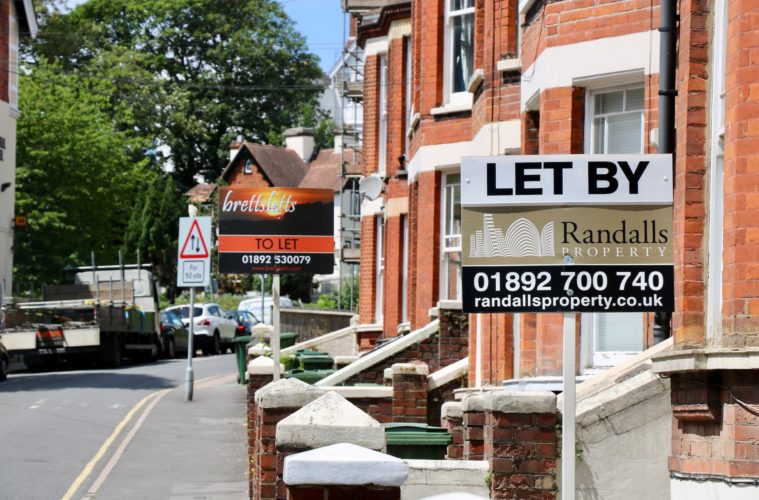 Landlords will likely increase rent prices or sell to cope with increased mortgage repayments. Inflation and interest rates will keep rising, but house prices are already slowing down…

The Office for National Statistics announced on August 17ththat UK inflation rose to 10.1%, from 9.4% two months earlier. The Bank of England expects it to further increase, peaking at 13.3% in October. The accompanying higher interest rates, currently at 1.75%, and bleak two-year economic outlook generally means bad news for homebuyers, landlords and renters across the UK.

Top market analysts at CMC Markets expect interest rates to further rise to 2.25% in September. This directly impacts mortgages on variable rates – around 1 in 5 households in the UK – and another 3.1 million whose fixed-rate periods expire in 2022-2023, according to UK Finance estimates. Borrowers whose repayments are directly linked to the base rate, as set by the Bank of England, will now face mortgage repayments at rates between 3% and 4%, up from 1.75% and 2.75% only five months earlier. This will inevitably spill into rent prices.

CMC Markets analysed the latest data for June 2022 from HM Land Registry, published on August 17th, and concluded that the likely tendency for house prices is in a temporary slowdown, which is good news for those waiting a little longer to buy a home.

Michael Hewson, Chief Market Analyst at CMC Markets comments: “Houses sold in June 2022 only increased in price by 1% compared to May, whereas, last year, this constituted a much more generous 5.7% surge. This is only the first month this year for prices to slow down at such a fast rate, so some caution before jumping to conclusions is advised. Remember, house prices may be slowing down, but they are not decreasing. Importantly, since this is transactions data processed at the time, it does not take into account the big leap in interest rates that the Bank of England announced later that month, let alone the even bigger hike in August.

“Therefore, despite the soaring inflation and rising consumer prices across the board, UK house prices appear to be trailing behind because demand for homes has generally come to a screeching halt. Most buyers are weathering the storm for a few more months at least, while some are also working out how the cost of living crisis will pan out in the medium term so that the new mortgage is not squeezing their pockets beyond their comfort zone.

“For those still keen to get on the property ladder, there are plenty of fixed-rate banking products that can insulate them from the current spiralling interest rates on mortgages. They should, however, prepare for the possibility of being faced with higher-than-expected repayments once the fixed rate period expires, as the new variable rates are at the lender’s discretion. Fixed rates are not a cure-all either, as they may now be set to a higher level to start with.

“The buy-to-let market is equally volatile. Landlords will either pass the increased mortgage repayments onto tenants by increasing their rent or simply sell fast to lock in a better price. Right now though, those already on the property ladder are generally better off staying put rather than moving or re-mortgaging. They would not get a good deal on their old house in this market and may likely end up losing more money overall.”

What did the Bank of England do earlier in August?

The Bank of England explained that the rise in interest rates was necessary due to external pressures which are expected to persist. This means that British firms and residents will continue to feel this weight reflected on rising domestic prices, wages outpaced by soaring inflation, and even higher mortgage repayments, despite the Bank’s attempt to widen the borrowing pool through less restrictive mortgage rules.

Although historic, the Bank’s decision was not a surprise for trading analysts at CMC Markets, a London-headquartered financial services company, who believe the Bank was expected to raise interest rates higher than 1.25% during the June meeting, as a means to keep import inflation in check. This is on the backdrop of a 10% year-to-date depreciation of the British pound sterling against the US dollar and an indication from the Federal Reserve, the US central bank, of a further interest rate increase by 0.5% or 0.75% in September.

Michael Hewson comments: “The UK currently fares worse than both the EU and the US. This is due to its closer dependence on energy shocks than the States and less government intervention to soften the blow compared to its European counterparts.”

What’s next and when will things calm down?

Other than adjusting the interest rates to the accurate level to keep abreast of import inflation, the economic projections for the UK paint a bleak outlook for the next two years.

The UK is projected to enter a recession in the final quarter of this year, the Bank of England announced. The country’s economy will contract by 1.25% in 2023 and 0.25% in 2024, however, inflation is becoming a much bigger long-term threat, with unrealistic chances of falling back to the desired 2% much before 2024.

The current political race for the Conservative Party leadership and the consequent fiscal policies promoted by the new British government is a major factor to take into account for any inflation, GDP, and unemployment projections and investment decisions.

As it stands with the current measures, inflation is expected to peak at 13.3% in October – a sharper increase than the Bank anticipated in June, originally estimated at 11%. It will continue to rise throughout 2023 only to decline in 2024.

Meanwhile, forecasts for the Consumer Price Index (CPI) are less optimistic now, expected to decrease only to 9.5% in the third quarter of 2023, although the Bank anticipates a sharp fall in prices immediately thereafter.

Selling prices are set to increase to reflect rising costs while real household post-tax income is expected to plunge in 2022 and 2023. The Bank predicted that core prices will peak at 6.5% this year, meaning that, in the following six months, food and energy will constitute more than half of the headline CPI.

The next meeting for the Monetary Policy Committee, where the Bank of England will decide what the new base interest rates might be, is set for September 15th.