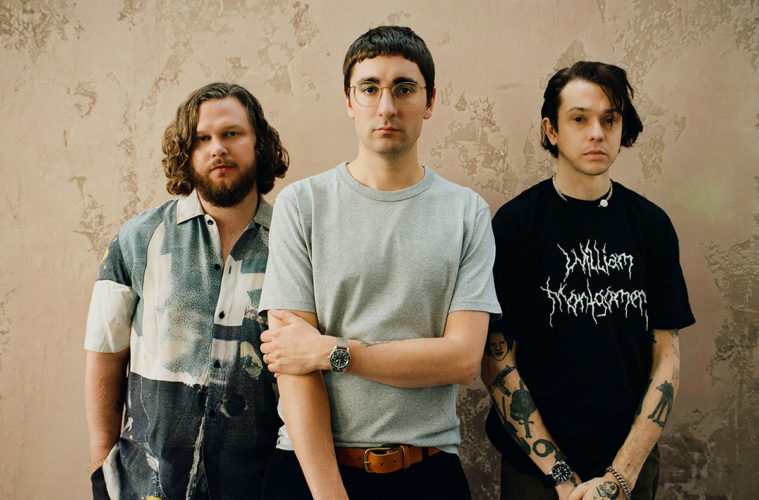 Alt-J talk to us all the way from the US about their new album, the writing process, experimental music-production, crypto currencies and true crime!

Hey guys, thanks so much for chatting with me today! I love your work, so I’m thrilled to be interviewing you. I know you’re on tour in North America at the moment – how’s that been going so far? And I’ve got to say, I’m fascinated by the hologram tech being used in your shows.

It’s going really well, thank you. It’s amazing playing with Portugal The Man. We’re very different bands but I think that makes for a really nice and varied bill for the audience. We’re playing in this kind of cuboid made of very fine mesh that you can project onto. It started out as a way to mitigate for potential covid problems on tour, and we were going to use holograms of ourselves if one of us had to miss a gig, but in the end that led to this new creative direction for our lights, and we think it looks great.

The Dream album has been a bit of a metamorphosis in your discography, as you’ve started to focus on crafting your own stories. What’s the reception been like for you?

The reception has been fantastic. I think the critical scores overall are better than for any other album we’ve done. Our friends and family have said amazing things about it and it’s really nice because we spent a long time with this album and we’re really proud of it, so it’s nice to feel we’re not the only ones who think it’s good. 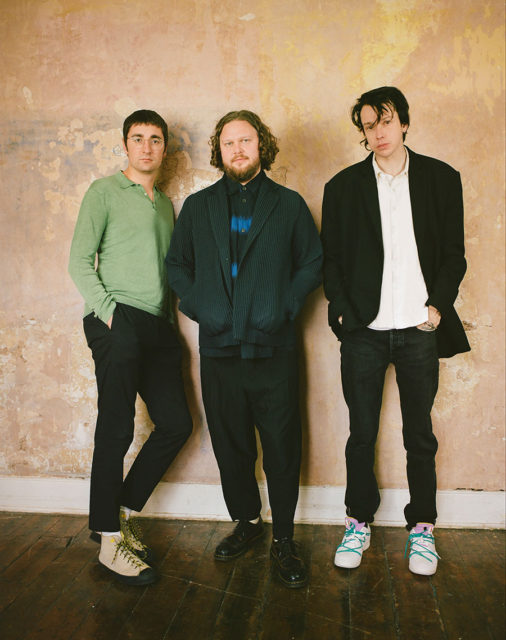 I love how you took the time to recharge between your third and fourth album. I feel like it can be so easy to succumb to certain pressures in the music industry to always be working on or doing something. Do you think this period was an important part in the lead-up to writing The Dream?

I think it was very important. We were quite burned out after doing three albums back-to-back – recording, releasing, touring, on a cycle. So, it was very restorative for us to be able to just down tools for a year, to do other things and actually hang out as friends and get to know each other again as people rather than just collaborators.

I’ve always been intrigued how the writing process unfolds when multiple people work on a song together. Do the three of you have a writing process, or is it completely organic?

It varies from song to song. More often than not, it starts with Joe on his guitar working on his own and then him showing ideas to me and Thom, but quite often it starts with jamming as well. Like our song U&ME was more or less written as quite a spontaneous jam during a soundcheck on tour. So, it’s nice to feel the musical chemistry we have can sometimes create things out of nowhere as well.

You’ve really embraced the idiosyncrasies of your music in this album, which I can imagine is quite freeing. But I’ve got to know, how did subjects like crypto currencies and true crime enter the picture?

I think ultimately we’re always writing about the same thing which is love and loss, and the concept of the album is kind of like dreams, whether it’s real dreams, broken dreams, or nightmares, and it’s finding ways to fit stories around those things. So, this idea of a teenager becoming a millionaire through currency is his dream coming true. They’re all dreams of different kinds I guess, and the true crime ones are more at the nightmarish end.

What was the inspiration for using audio from friends and family in this album, and do you feel like you have a closer relationship with these tracks as a result?

I think it started out as something you do because it’s convenient, because it’s easy to get your wife or your mum or your friend to do you a quick voice note or something. Then actually we realised it was a nice way to pay tribute to the people who’ve supported us over the last ten, twelve years in our career, and to include them and say thanks to them through letting them be part of the album. For us it’s a nice little Easter egg in the track that we know is there, even if other people don’t know it’s there, so it’s kind of fun.

You’ve previously made a point of the fact this album is not a product of the pandemic. Do you think the pandemic affected the final shape the album took, though?

The pandemic definitely made the album take longer, which I think was a good thing. Like a good loaf of bread, it proved for longer, and has a greater depth of flavour as a result. So, we have to be thankful in some ways that the world was put on pause because it meant we didn’t have a deadline for the album. However, obviously, it’s been a difficult time for the music industry and for many people around the world, in so many ways, so we’re glad things are starting to open up again and we can hopefully put this behind us.

Would you say that you have an album that you’re most proud of, or is it too hard to pick favourites?

I think it’s got to be this album for me. Our third album was not everything we wanted it to be. I think when we decided to have the year off, it could have been that we never came back, but we came back, and we came back stronger than ever. I think that’s a really good feeling.

Do you think this line of experimental music-production is something you’ll continue into the future?

Absolutely. I think experimentation is a huge part of what we do as a band. We’re not trying to be different, but I think we’re just constantly trying new things because that’s what keeps us interested in the project.

And, finally, do Alt-J have any particular ambitions and dreams moving forward as a band?

We would like to win the Mercury prize again if I’m honest. That would be amazing.