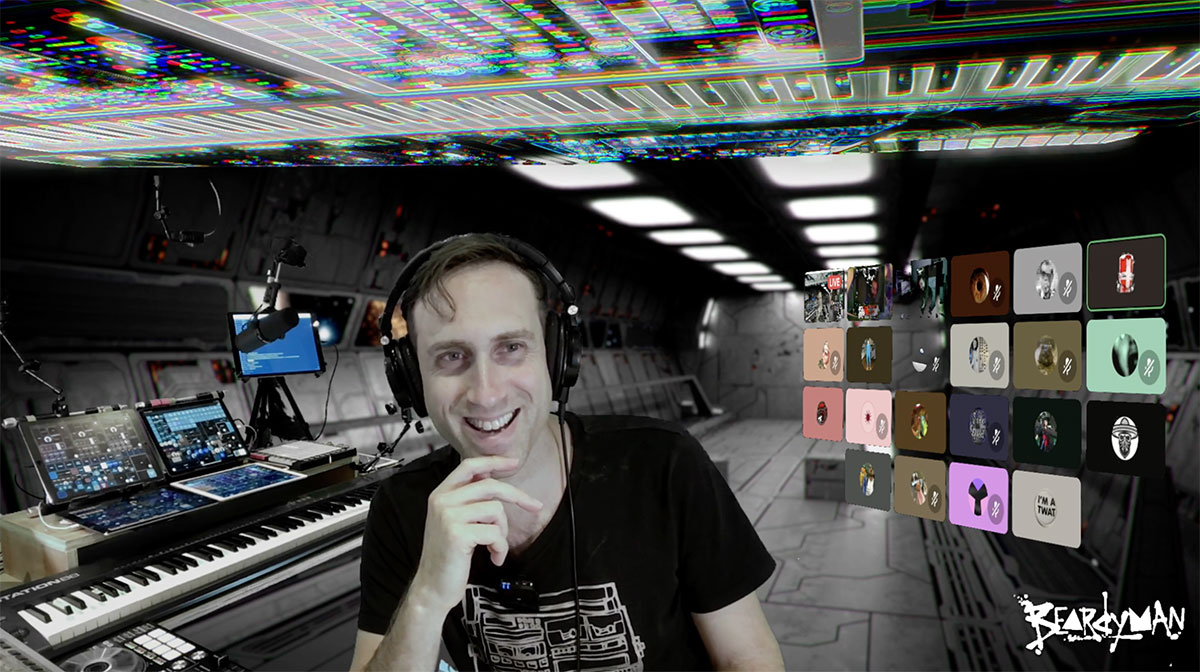 We had a catch up with Beardyman about his new music, new technology, new tour and how Beardyman fans can be featured on his album!

Hey Beardyman, the last time we spoke back in the summer of 2020, you were having a fight in Costco – we hope it was nothing serious? Have you had to give anyone else the Beardyman ROARRR lately?

I am banned from Costco. Ikea have remained loyal to me however and are continuing selling my signature die-cast bronze Fallüs range.

There’s a lot going on in the world at the moment. It’s been challenging times for many. How have you been keeping in general?

I run 10k every morning. I’m in the sensory deprivation tank by 7am, and I stay there for an hour or so. I like to really let loose and relax my body in there, so I often end up floating in a sort of excrement broth, which is actually very good for your skin. Then it’s to the -5c plunge pool at 8:05am. Then it’s to the screaming chamber. You have to scream to get the demons out of your brain.

We’re not only fans of your music and style, but we’re really impressed with your latest idea to work with your fans on your new album. Can you tell us more?…

Over the pandemic I went mad and got lots of imaginary friends who all live in my discord server. They pay me to entertain them through the Patreon website. We had fun times. We are closer than I predicted we would be. It is nice. I Also like it when they pay me because then I don’t get evicted from my house. Not being evicted is my favourite. I am making an album based on the suggestions of my amazing patrons. This is good because they have good ideas and I like doing their ideas. But I feel like they should be remunerated for their creative input so I’m announcing a new scheme, whereby creative input by my patrons can be a form of investment with a potential return. Rather than simply a gifting paradigm with enhanced material perks as is canonical as regards Patreon.

So, a student reading this wants to get involved, what do they do next?

Go to my Patreon.

On your Patreon it states that at 1,000 patrons you (Beardyman) can “purchase pro-level hardware and software, hire video editors and raise the quality and regularity of the work” you produce. You go on to say that you’ll “be able to prioritise content creation over all other musical activities and raise my game even more.” What we’d like to know is how do you plan on upping your game even more?

I am currently refactoring the Beardytron’s GUI, having changed to a more advanced interface app called TouchOsc MkII. I’ve had to learn a scripting language called Lua in order to continue iterating my custom looping UI. The Beardytron is constantly being upgraded and will always be a work in progress. I am also working with a company called A Tasty Pixel to develop their Loopy Pro app which will soon become the core of my live-production system. Many of the advances I use in the Beardytron will be available to the general public through this app. I am also working with the International Beatbox Championships known as GBB to refine the judging criteria of their new “live producer” category. I often see myself as an termite, and the Beardytron as the mound I am destined to create. I cannot see it’s final form, but it will emerge as a result of my proclivities, predilections and competencies. 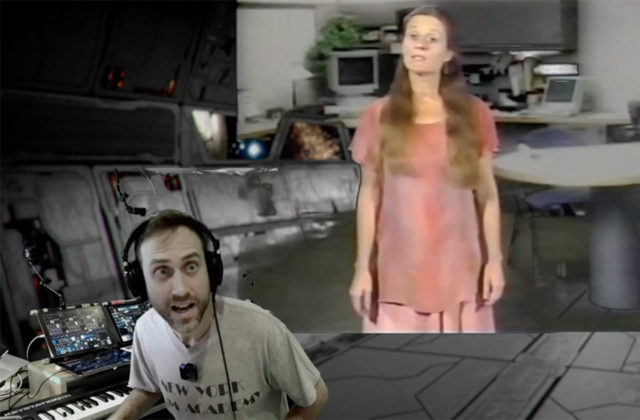 What’s your favourite piece of tech equipment and why?

I’m a software guy. I use iPads as my control surfaces and I design and build my own interfaces on them for interaction with my live-production system, which runs in Ableton Live on a MacBook Pro Max, utilising custom Max MSP devices and RME i/o.

Are you using any extreme sound effects on your new tracks, such as the previous track which featured the sound of your wife jumping off a cliff!?

Yes. I like to make noises. My wife screamed when she did a bungee jump.. I made it into a tune. I did that before I could video scratch. I’d do it again these days way better. I may revisit that now I can do video scratching.

That’s very brave of your wife to do a bungee jump! What is the scariest thing you have done in your life?

Dunno… it’s all relative… if you find something scary that’s your perception… it’s only scary if you think there’s a high chance of failure. I tend not to do things where I assess there to be a high chance of failure… I mean… I go on stage with no idea of what I’m gonna do every show… depending on how you choose to frame it, that’s either scary or exciting. I choose to see it as neither, merely a thing which will happen. I was scared of going outside during the pandemic… but I still did it, and if I felt it wasn’t safe to do x I just wouldn’t do x. Risk factors inform what precautions you take in response to the anticipated outcomes of a given course of action. You gotta do what you gotta do.. fear will get you no-where.

There are so many crazy things going on in the world. It feels a bit like Armageddon! If you knew a comet was going to strike Earth and you had just 30 minutes left, what would you do?

Cry, hug my kids. Man, f*ck that question, and f*ck you for asking it.

If you could work with any musicians dead or alive, who would be the top 3?

I don’t quest for collaborations. I would love to work with anyone and everyone. I want to know what makes people tick and try and emulate it or learn from it and incorporate it into my own working process and artistic sensibilities myself. Any collaborations that come my way are wonderful, but I’m more interested in seeing what can happen in a collaboration than with a specific collaborator.

What is your idea of a perfect day?

Your tour kicked-off in March at our home Norwich! What made you chose Norwich as the first place to play at?

I am from Norwich, my whole family is from Norwich, I thought it would be a great way to get back into the swing of things. It was glorious. I was hoisted onto a sedan chair and paraded round the town as is the tradition in Norwich.

What’s next for Beardyman?